"At dawn on November 6, 1943, on the eve of Great October, the Red Army has seized Kiev, the capital of Soviet Ukraine"

"At dawn on November 6, 1943, on the eve of Great October, the Red Army has seized Kiev, the capital of Soviet Ukraine" - from a Soviet newsreel. 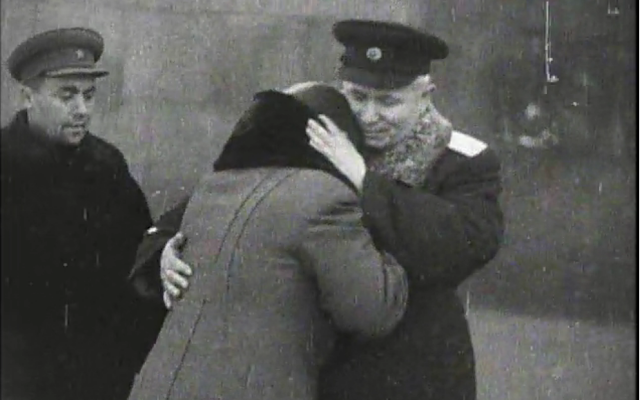 Overcome by emotion, a woman embraces Nikita Khrushchev in the streets of liberated Kiev

On the morning of November 6, 1943, the Red Army liberated Kiev after 2 years of cruel occupation by the genocidal Nazis and their fascist allies and collaborators.

The barbaric invaders destroyed monuments and buildings, as well as executing thousands of civilians as they were forced to retreat, but they would never return.

You can watch a powerful English language newsreel from the time below:

Posted by Michael Laxer at 6:36 AM