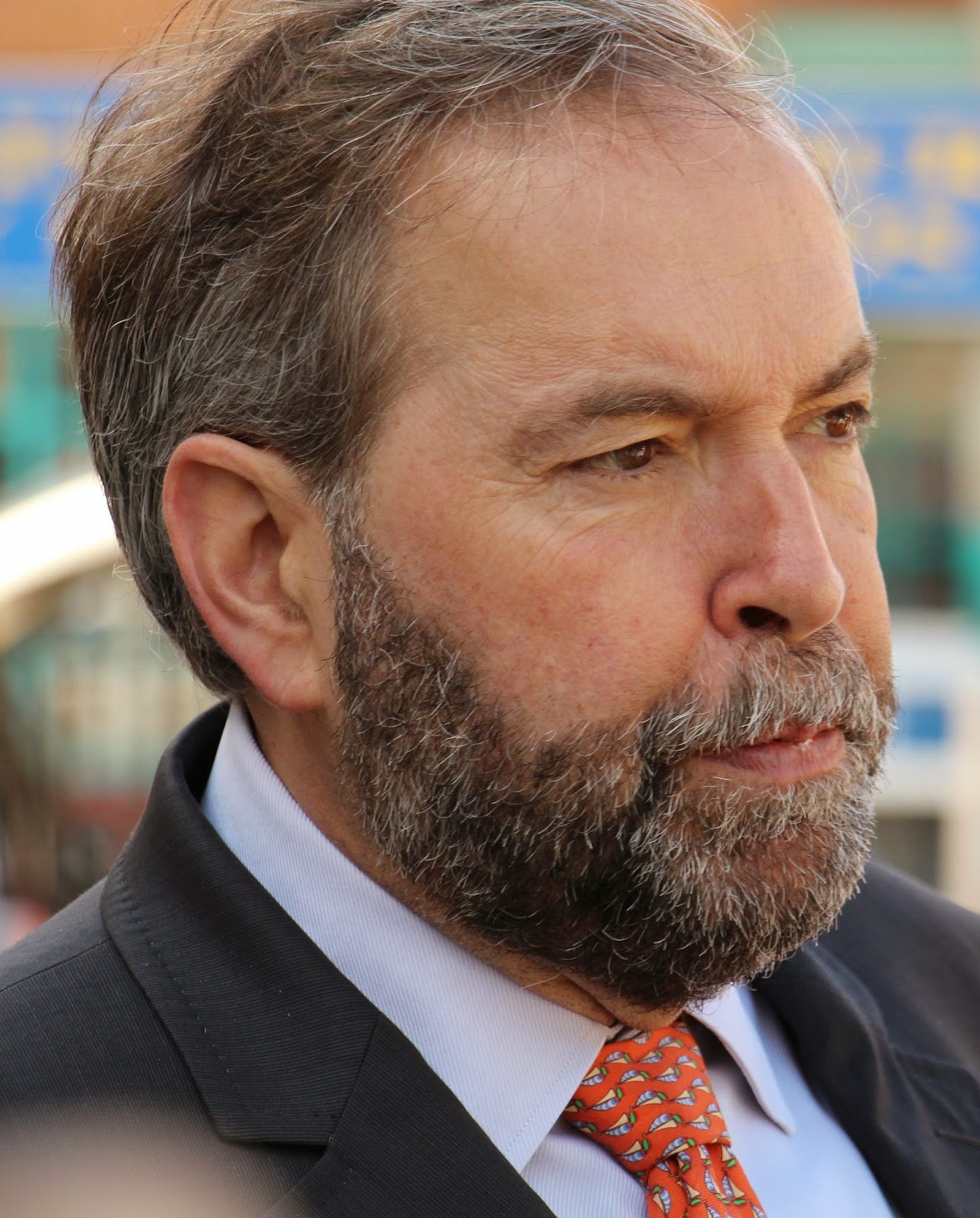 After prevaricating and going through the silly parliamentary motions of hand-wringing and playing at appearing to be "serious" bourgeois politicians, the NDP and Tom Mulcair have taken a principled stance and come out swinging against the transparently dangerous Bill C-51.

Mulcair's statements have been direct and unequivocal, even calling out Harper's dog-whistle style announcements:


Stephen Harper's new law is sweeping, dangerous, vague and ineffective,...
It doesn't do things that are proven to work and puts politics ahead of protecting Canadians. Even when he introduced the legislation, Harper chose a campaign-style event. and made remarks that most regrettably targeted Muslim communities.


Elizabeth May and the Greens have taken a courageous and principled stance on the Bill from the start, but the importance of the Official Opposition and Canada's historic social democratic and labour aligned party doing so as well cannot be overstated. (The Communist Party, it is worth noting, has also released an excellent statement on the Bill.)

This is especially true in light of the fact that Justin Trudeau and the Liberal Party's position on the bill is self-contradictory and profoundly, deeply, gutless and wrong. Given that the Liberals have historically tried to portray themselves as the great defenders of the Charter, their supporters and MPs should all hang their heads in shame.

Mulcair has finally done something akin to Tommy Douglas and the NDP of old when it stood against the War Measures Act. Given that on many other issues the differences between the newly centrist "government in waiting" NDP and the Liberals are often minuscule or not of a fundamental nature, this has the potential to be Mulcair's "raison d'être", in that it will truly set him apart from them.

It does not excuse the NDP's recent embrace of capitalism and opportunism (in the true sense of the word) but it matters.

This stance may not benefit Mulcair electorally. Many of the very best things the NDP ever did did not - though they did, far more importantly, benefit the country. Mulcair in this instance is echoing a more principled past.

It is the right thing to do and, should he stay the course, may well prove to be his finest hour.

Update: Unfortunately it would appear Mulcair's opposition to the Bill may not be all that is at first seemed: http://theleftchapter.blogspot.ca/2015/02/mulcair-and-bill-c-51-still-same-old.html

photo via wikimedia commons
Posted by Michael Laxer at 7:47 AM