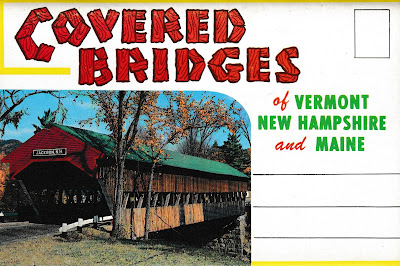 I have long had a fascination with covered bridges since I saw one as a child in New Brunswick. The North American wooden covered bridge first started being built in the early 1800s and, according to Wikipedia there were 12,000 of them at their height, though by 1950 that had declined to only 1,500. Now there are far fewer.

The wooden covered bridge was designed precisely to extend the lifespan of wooden bridges in the harsh weather of places like Canada or New England.

Though they were practical and utilitarian they are also truly beautiful, especially as they are most often found in spectacular natural and rural settings.

This folder style packet of connected postcards is of the same type we have featured before in posts like Greetings from Hoover Dam - A 1950s Vintage Trip and Vintage Vegas 1958 - A Colour Postcard Folder of the Classic Hotels. These were primarily produced in the 1940s and 1950s, with this one coming from the latter decade.

Here we have a selection of some of the bridges that were left in Vermont, New Hampshire and Maine at the time.

And they are amazing! 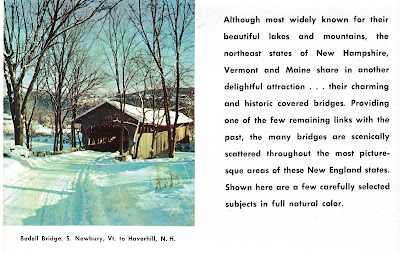 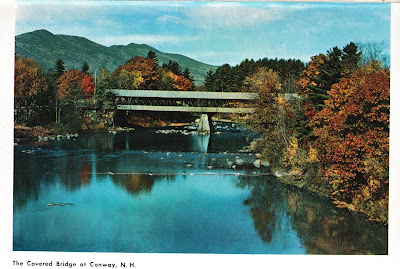 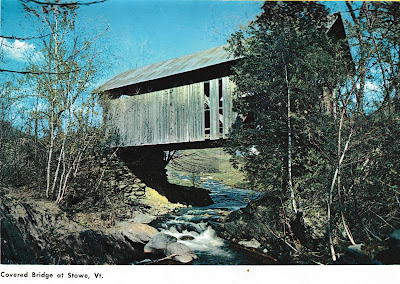 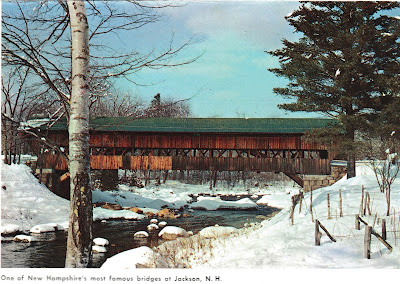 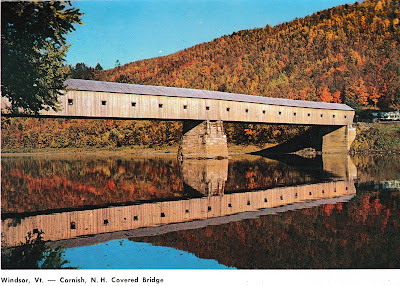 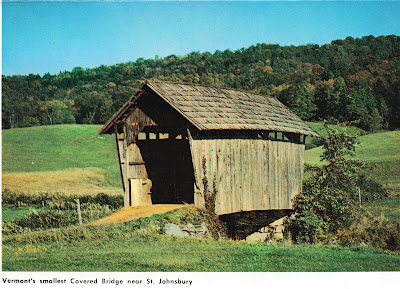 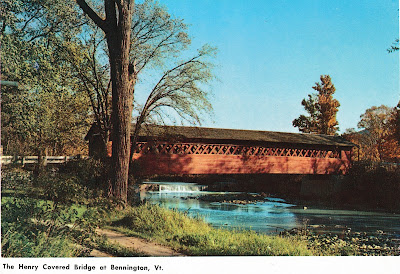 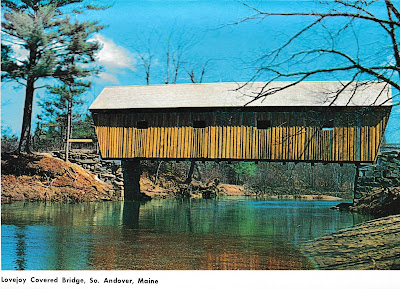 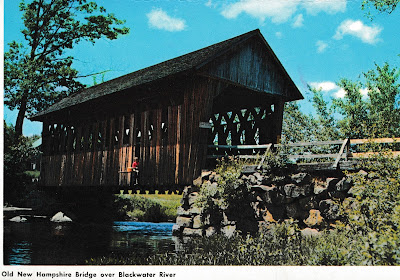 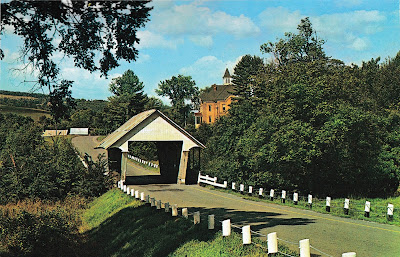 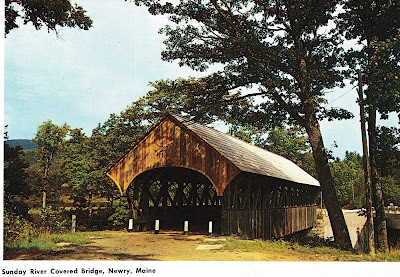 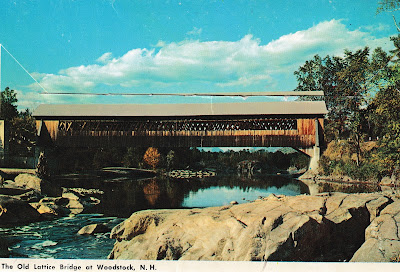 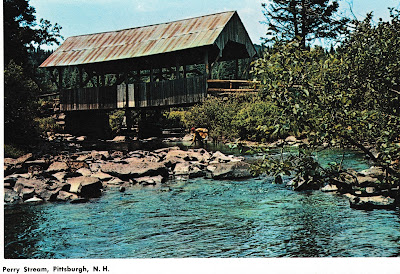 Posted by Michael Laxer at 2:44 PM