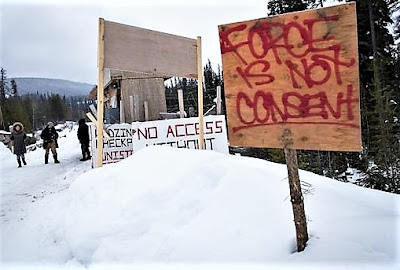 The UN Committee on the Elimination of Racial Discrimination is calling for a suspension of the Trans Mountain pipeline, Site C and Coastal GasLink pipeline. These projects are going ahead without the free, prior and informed consent of Indigenous peoples. The UN committee has raised concern about the “forced removal, disproportionate use of force, harassment and intimidation” and “escalating use of force” against Indigenous peoples.


While you have spoken about Trans Mountain, your support for the other two projects is deeply troubling. In media interviews, you expressed support for the Coastal GasLink pipeline, praised Premier John Horgan’s leadership on climate change and insisted that Horgan has pursued meaningful consultation with Indigenous peoples.

The Horgan government is complicit in the violation of international law and of Indigenous rights. As the leader of the federal NDP and the party’s Indigenous affairs critic, now is not the time for uncritical partisanship. It is time to heed the advice of the committee and take a clear and unequivocal stand against all of these projects.

Matt Fodor is a Toronto-based writer and academic

Posted by Michael Laxer at 3:39 PM