Always With Justice Part 1 - Speech by Fidel Castro at the closing of the 4th Congress of the Communist Party of Cuba, October 14, 1991 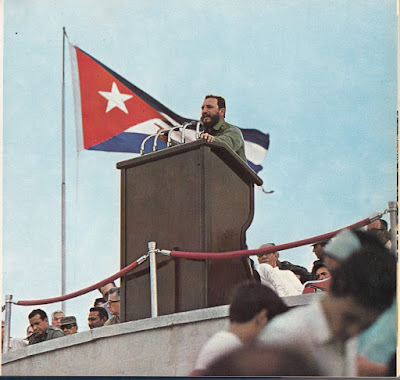 Leaflet: Always With Justice Part 1 - Speech by Fidel Castro at the closing of the 4th Congress of the Communist Party of Cuba, October 14, 1991

This past New Year's Day was the 59th anniversary of the Cuban Revolution. Today, in the first of two parts, we look at a 1991 booklet, Always With Justice, that contained speeches and documents from the 4th Congress of the Communist Party of Cuba. This part is Castro's closing speech given in Santiago de Cuba.

This congress was occurring against a terrible backdrop of defeat for global socialism and national liberation movements and the temporary triumph of global reaction with the fall of the Soviet Union. As Castro puts it in the speech it was "a moment when the USSR, our solidest and firmest ally throughout these years of revolution, that supported us with so much solidarity, that showed us friendship, to whom we owe so many gestures of solidarity and to whose peoples we owe so much gratitude, is now undergoing such a highly critical situation."

(For two looks on The Left Chapter at the 100th anniversary of the Russian Revolution, its impact and the impact of the fall of the USSR see: The Meaning of October on its Centenary and In the shadow of October -- Reflecting on the USSR and Soviet power)

Knowing that dangerous times were ahead Castro says:


We will take the steps we have to take to keep our factories running, to keep our workers employed, to keep going forward in these difficult conditions, and following the principle of protecting everyone, of not abandoning a single citizen in our country, sharing what we have, we will find the formulas to save the country, save the Revolution and save socialism.

Happily, the Cuban Revolution has survived.

Another noteworthy quote is one where Castro reflects on how "only a socialist system can be democratic":

A question that resonates all the more today with staggering levels of inequality in capitalist countries, with extreme poverty amidst a billionaire plutocracy in the United States and examples like Conservative politicians in the UK calling for the removal of homeless people and beggars from the streets so that they do not "spoil" the wedding of Royal Family freeloaders and parasites. 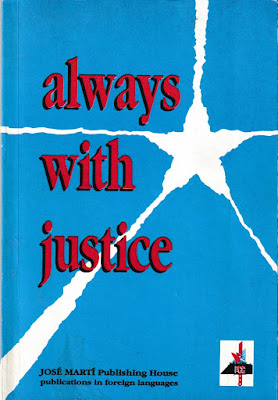 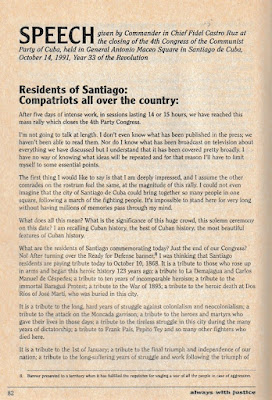 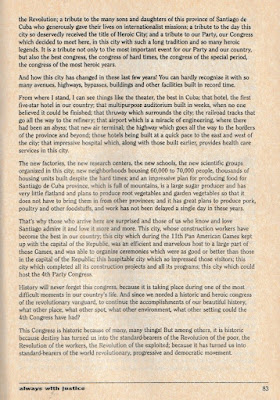 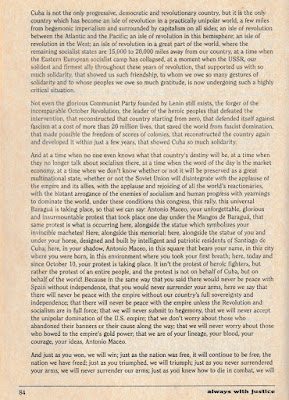 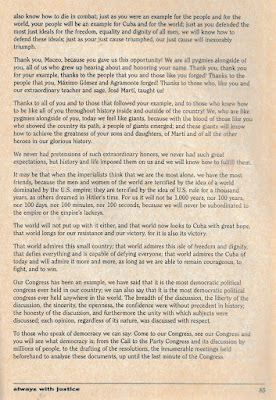 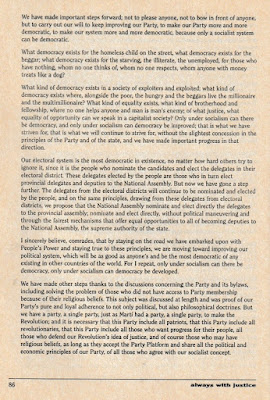 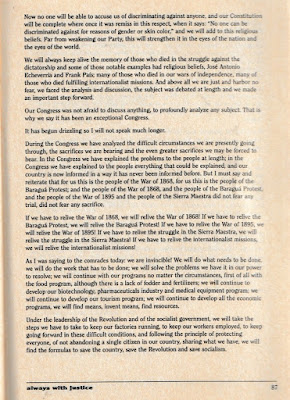 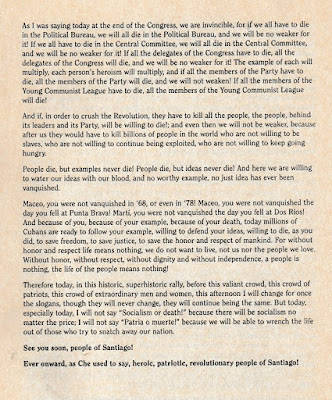 If you have any public, vintage leaflets or booklets you would like to contribute to this project please contact us via theleftchapter@outlook.com
Posted by Michael Laxer at 12:59 PM