Ten myth-busting articles about the minimum wage in Ontario 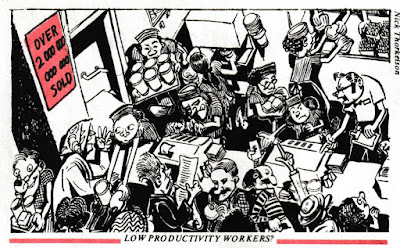 "To increase the minimum wage would result in higher unemployment rates, especially among teenagers". Given the over-the-top anti-minimum wage propaganda of the business lobby in Ontario since it increased to $14/hour January 1, this type of "the sky is falling" argument probably sounds very familiar. But the quote is from the National Chamber of Commerce in the United States arguing against a minimum wage increase in 1977!

The same tired, old and false arguments have been made against the minimum wage over and over and over again and they are just as false now as they were in the past.

As January draws to close, and after an intense public campaign by forces on the right, here are ten myth-busting articles to help set the record straight.

The 1960s backlash over the minimum wage

Tim Hortons brew-haha shows how the fast-food industry doesn’t get PR, Economics 101, or what Canadians think

Media get it wrong on Bank of Canada minimum wage study

If Denmark has no minimum wage laws, should Canada follow suit? 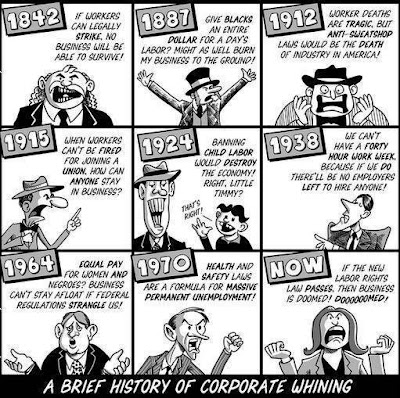