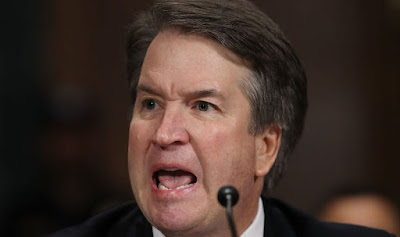 
It begins with a selection of articles related to the Kavanaugh confirmation.

1) Ford's attorney fires back at Trump: 'He is a profile in cowardice'

The nation's largest group of Christian churches on Wednesday called for the withdrawal of Brett Kavanaugh's nomination for the Supreme Court.

James Roche, one of Supreme Court nominee Brett Kavanaugh's freshman year roommates at Yale, said Wednesday that Kavanaugh lied under oath about his drinking and about the meaning of his yearbook entries.

4) Kavanaugh's former classmates, 'drinking buddies' call on Senate to vote 'no' on confirmation

A group of former Yale University students who referred to themselves "drinking buddies" with Supreme Court nominee Brett Kavanaugh are calling for the Senate to vote against his confirmation.

More than 2,400 law professors have signed on to a letter saying that Supreme Court nominee Brett M. Kavanaugh displayed a lack of judicial restraint at a Senate hearing last week — behavior that would be disqualifying for any court nominee.

With the report summarizing the FBI's less-than-a-week-long probe into sexual assault allegations against Brett Kavanaugh now in the hands of the Senate Judiciary Committee, his accusers as well as witnesses to the events are speaking out forcefully Thursday morning to decry the entire process.

As the Senate moved one step closer to voting to confirm Brett Kavanaugh to the U.S. Supreme Court, thousands of men and women took over the atrium of the Hart Senate Office Building on Capitol Hill on Thursday afternoon, voicing solidarity with sexual assault survivors and demanding that lawmakers reject President Donald Trump's nominee.

Sen. Joe Manchin (D-WV), the lone Democrat to defect and announce that he will vote to confirm Brett Kavanaugh to the Supreme Court despite allegations of sexual assault, was drowned out by protesters in the Senate as he tried to explain his decision to the gathered media.

9) Brett Kavanaugh Has Lied His Way Onto the Supreme Court

The House has a duty to do what the Senate has failed to do: investigate this shameful jurist and hold him to account.

10) Toronto is segregated by race and income. And the numbers are ugly

In Toronto, the colour of money is mainly white.

Upwards of 125,000 Toronto children — more than one in four — are growing up in poverty, a problem that plagues pockets of every city ward, says a new report released Monday by Social Planning Toronto and a coalition of agencies serving vulnerable communities.

Palestinian activist, who spent eight months in Israeli prison, is welcomed at Bernabeu stadium by the football club.

After Israeli snipers massacred seven Palestinians—including two young children—and injured over 500 during protests against Israel's brutal occupation on Friday, thousands of Gazans on Saturday attended funerals for those who were killed and demanded justice from the international community.

14) Canada capitulates to Trump on trade with renegotiated NAFTA

Pierre Trudeau called the original FTA with the U.S. "a monstrous swindle." The new deal is that, plus a set of unnecessary capitulations to shut up Donald Trump on trade. It won't.

15) With its new trade deal, Canada surrenders sovereignty to a bully

So first, Clause 32. It's long-winded and uses code language, but basically, it says that if Canada wants a trade deal with China, it has to notify the Americans about any negotiations, and tell them the substance of those negotiations, and submit the text of any deal, "including any annexes and side instruments" in advance, for American scrutiny, and then, like a puppy, await Washington's verdict.

The union representing Canadian steelworkers says they were "sacrificed" to make a new trilateral trade deal with Mexico.

The October 1 general election campaign in Quebec unfolded as two distinct contests. One was the competition between the Liberals and Coalition Avenir Québec for control of the government. The other was a battle between the Parti québécois and Québec solidaire for hegemony within the pro-sovereignty movement.

Quebec Solidaire's slow growth since its founding in 2007 has paid off.

Francois Legault hasn’t even taken office as premier yet, but he’ll already find himself the subject of a protest on Sunday.

(Related: The rising of the hard right in Canada)

Around 1,000 fast food workers in Detroit and Flint will strike on Oct. 2 to demand union rights.

22) Macedonia's failed referendum: a disaster for the EU and Nato

The failed referendum in the small Balkan state represents a major upset for the West.

23) Ford government prepares to drop the axe on labour reforms

Premier Doug Ford says his government will be scrapping Bill 148, and that could impact Ontarians who are part-time workers.

Two of Ontario’s corporate business lobby groups are calling on Ford to repeal A Plan for Fair Workplaces and Better Jobs (Bill 148).

Daniel "killed himself" juggling two jobs at both the local school board and a shoe store this summer, trying to save as much money as possible before classes started in September. The 18-year-old feared that Doug Ford's election as premier meant the minimum wage would go down.

Protestors for a $15 an hour minimum wage today confronted Newmarket-Aurora MPP Christine Elliott in Aurora as she made her way into a local chambers of commerce event.

Ontario’s education minister had been AWOL since mid-August.

When the Royal Swedish Academy of Sciences in Stockholm announced the Nobel prize for physics this week, anyone wanting to find out more about one of the three winners would have drawn a blank on Wikipedia.

29) The alpha males of physics

Two sets of events for Women in STEM: the theoretical physicist Alessandro Strumia, soon likely ex-CERN affiliated, decried feminist conspiracies and the discrimination against males like himself, in a workshop talk on gender. Right after, the Nobel Prize for physics was finally after 55 years given to a woman. Thing is: one of the other recipients, Gerard Mourou, made it clear in a 2013 video what the roles of males and females in physics are.

Denis Mukwege, a doctor who helps victims of sexual violence in the Democratic Republic of Congo, and Nadia Murad, a Yazidi rights activist and survivor of sexual slavery by Islamic State, won the 2018 Nobel Peace Prize on Friday.

Instead of correcting for the deep social, economic and political disadvantages of racism and sexism, media compound them by ignoring racialized candidates.

Thanks to Desmond Cole for the support: “Walied Khogali Ali is the best candidate for the heart of Toronto because he is making sure that people in our communities don't get left behind."

President Trump participated in dubious tax schemes during the 1990s, including instances of outright fraud, that greatly increased the fortune he received from his parents, an investigation by The New York Times has found.

34) Suppression of a Daily Newspaper

The Polit Bureau of the Communist Party of India (Marxist) has issued the following statement:

The Polit Bureau of the CPI(M) strongly condemns the action of the BJP state government of Tripura in cancelling the registration of Daily Desharkatha, a progressive newspaper.

35) The Cruelty Is the Point

President Trump and his supporters find community by rejoicing in the suffering of those they hate and fear.

Amazon's minimum-wage increase for its hourly workers comes with a trade-off: no more monthly bonuses and stock awards.

38) While Nestlé extracts millions of litres from their land, residents have no drinking water

Just 90 minutes from Toronto, residents of a First Nations community try to improve the water situation as the beverage company extracts from their land.

39) Fast food, pub and delivery workers strike across the country

Richard Gonzales, NPR
A federal court in California has blocked the Trump administration from terminating the Temporary Protected Status program that allows immigrants from four countries to live and work in the United States.

An Al Jazeera investigation reveals information about a corrupt unit of the Baltimore Police Department (BPD) that was allowed to continue operating in spite of grievious violations for at least a decade.

Hypothetical post-Maduro planning has been discussed “at many levels”, Governor Rossello claimed. His comments follow Trump’s endorsement of a military coup d'état in Venezuela.

45) Miami will be underwater soon. Its drinking water could go first

One morning in June, Douglas Yoder climbed into a white government SUV on the edge of Miami and headed northwest, away from the glittering coastline and into the maze of water infrastructure that makes this city possible. He drove past drainage canals that sever backyards and industrial lots, ancient water-treatment plants peeking out from behind run-down bungalows, and immense rectangular pools tracing the outlines of limestone quarries. Finally, he reached a locked gate at the edge of the Everglades. Once through, he pointed out the row of 15 wells that make up the Northwest Wellfield, Miami-Dade County’s clean water source of last resort.

Alexis Tsipras’s government promised to end austerity. Now it’s defending the banks against people evicted from their homes — and persecuting those who protest.

If, in the meantime, the government continues its crackdowns on all dissent, it may find itself rebuffed by the same Western audiences it hopes to entice. “Going after civil society in such an aggressive way, MBS is shooting himself in the foot,” said Aldosari. “Maybe, when he was just arresting clerics, the Western world didn’t care. But arresting women, elderly people, respected academics, all of them nonviolent — this is a direct contradiction of his rhetoric of modernization and openness. And he can’t stop everyone who wants to criticize him. The world doesn’t work that way anymore. Even if he throws all the activists in jail, they started a work that will continue. It cannot be stopped.”

49) How a homophobic, misogynist, racist ‘thing’ could be Brazil’s next president

Jair Bolsonaro is the monstrous product of the country’s silence about the crimes committed by its former dictatorship.

50) I JUST VISITED LULA, THE WORLD’S MOST PROMINENT POLITICAL PRISONER. A “SOFT COUP” IN BRAZIL’S ELECTION WILL HAVE GLOBAL CONSEQUENCES.

PRISONS ARE REMINISCENT of Tolstoy’s famous observation about unhappy families: Each “is unhappy in its own way,” though there are some common features — for prisons, the grim and stifling recognition that someone else has total authority over your life.

Jair Bolsonaro, the far-right candidate leading Brazil's presidential polls since the electoral tribunal banned Lula from running in the elections, has vowed to end Indigenous reservations, claiming they are too large for such a small fraction of the population.

52) Brazil: Lula Rallies Support for Haddad Ahead of Presidential Vote

Brazilians went to vote Sunday in a polarized presidential race that could result in the election of a far-right former Army captain, whose praise of past dictatorships enrages critics but whose promise of a brutal crackdown on crime and corruption has electrified his supporters. 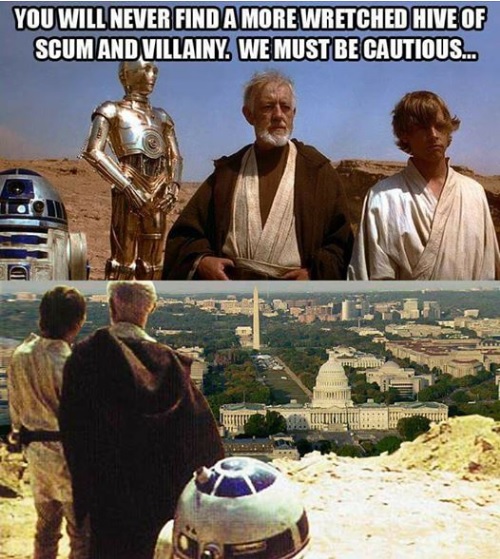