What a week it has been so far for the wonderful folks in Canada's "labour" and "workers'" party, the NDP. And not just federally and in British Columbia, but in Ontario and Alberta too!

There are many highlights -- from John Horgan's continuing embrace of colonialism and RCMP violence to pander to the energy corporations, to its federal MPs voting to pass Trump's North American free trade deal -- but four standouts from twitter deserve prize winning mention.

Mr. Singh and the Pacifist CEOs: 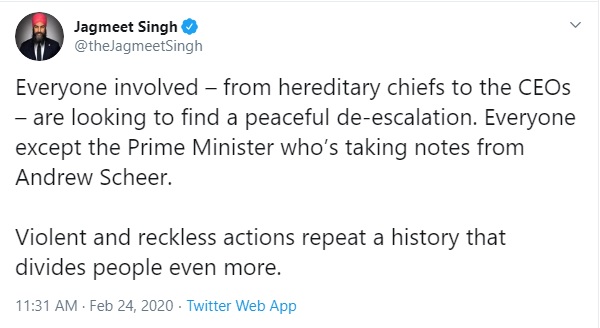 Seriously, really? The CEOs want "peaceful de-escalation"? We all know how Bay St. and Big Business absolutely NEVER supports police action against Indigenous people and workers, except, of course, all of the countless times they have!

As "Drapeau Rouge" pointed out, Singh, yet again, also forgot that this fine fellow exists: 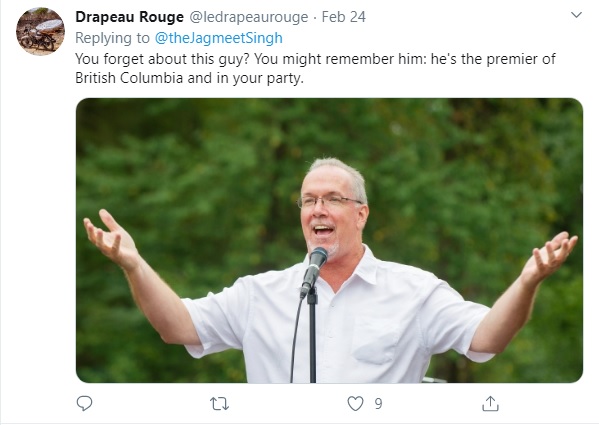 Keener Ian Arthur Thrilled to be Hanging with Business Scumbags! 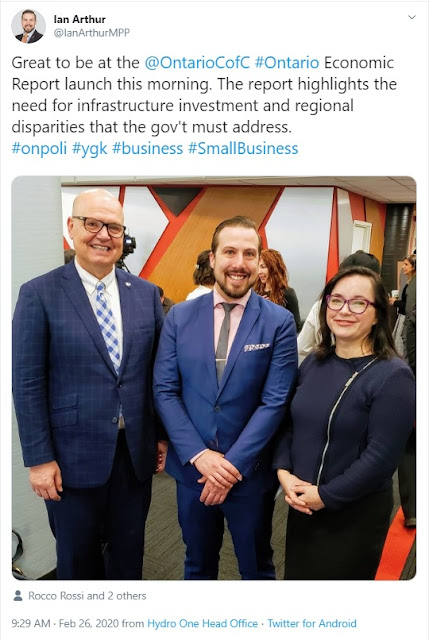 Ah look...Ian Arthur, NDP MPP for Kingston & the Islands and the NDP Environment Critic hanging with the anti-worker bottom feeders at the Ontario Chamber of Commerce. The NDP, in its desperate quest for bourgeois respectability can't seem to get enough of them.

You might remember that Andrea Horwath went to their big party back in 2018, right after the OCC and Rocco Rossi had just gotten finished successfully lobbying Doug Ford and his stooges to rip up Bill 148 that granted new rights and protections to workers in Ontario and that was to raise the minimum wage to $15 an hour.

On twitter Arthur calls himself a "Climate emergency advocate". Know who aren't? Any of the people in charge at the OCC. 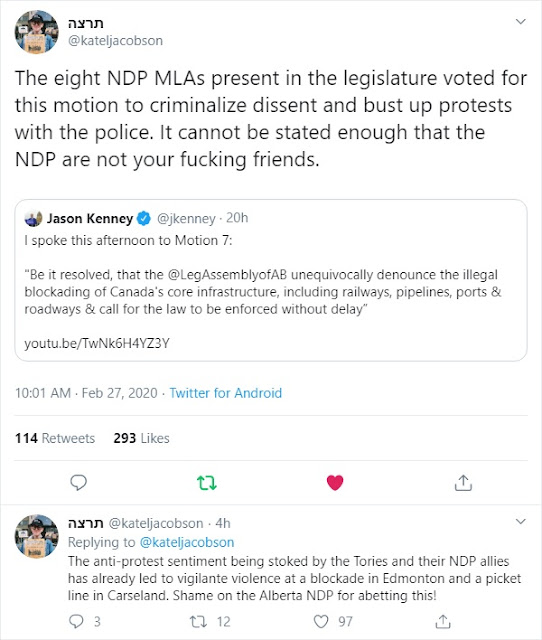 This one rather speaks for itself. Just when you think Notley and crew can't go any lower, they prove you wrong. It is a bottomless pit. 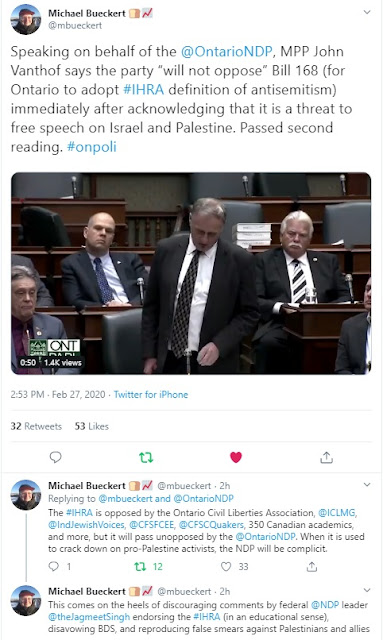 Is there anything more craven than acknowledging that something is dangerous and a bad idea but then refusing to oppose it? In NDP land it is par for the course.
Posted by Michael Laxer at 3:51 PM