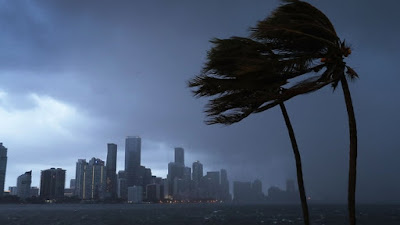 This list covers the week of  September 10 - 17. It is generally in order of the date of the article's release.

As the US comes to terms with its second major weather disaster within a month, an important question is whether the devastation caused by hurricanes Harvey and Irma will convince Donald Trump and his administration of the reality of climate change.

FROM 1843 right up to the end of his life, Karl Marx (1818-1883) dedicated himself to the project of a comprehensive critique of political economy.

The Western City Gate in Belgrade, Serbia, is a structure that demands attention. Consisting of two high-rises linked by a two-story walkway, it reaches 377 feet into the air and is topped by a small round tower. Enclosed concrete stairwells barrel up the sides like massive exhaust pipes. Also known as the Genex Tower, it was designed by Mihajlo Mitrović in 1977 and is currently the second-tallest building in the city. Unsurprisingly, it’s also on a new map that plots Belgrade’s Modernist architectural marvels.

“A victory for myself, for the Palestine solidarity movement, for freedom of expression! A victory for the Palestinian cause and the struggle of Palestinians!” said Shoufani in a Facebook post on 8 September offering thanks to friends, colleagues and supporters for their consistent support throughout a year of struggle. Shoufani kept her job and defeated the allegations that targeted her as well as ongoing racist campaigns of harassment carried out by far-right groups and individuals. Organizations including B’nai Brith Canada, the Center for Israel and Jewish Affairs (CIJA) and the Friends of Simon Wiesenthal Center Canada were actively involvedi in the campaign to silence Shoufani.

5) Lvov University to be named after Ukrainian Nazi leader

A group of professors of the Lvov University suggested on September 11 that the university should be named after Stepan Bandera, RIA Novosti Ukraina reports citing the university web site.

6) A lesson from Hurricane Irma: capitalism can’t save the planet – it can only destroy it

There was “a flaw” in the theory: this is the famous admission by Alan Greenspan, the former chair of the Federal Reserve, to a congressional inquiry into the 2008 financial crisis. His belief that the self-interest of the lending institutions would lead automatically to the correction of financial markets had proved wrong. Now, in the midst of the environmental crisis, we await a similar admission. We may be waiting some time.

Calls to decriminalise sex work have been rejected by trade unions amid concern over exploitation of vulnerable women and girls.

8) A Last Interview with Kate Millett

The writer, artist, and activist Kate Millett died on Wednesday, September 6th, in Paris. She would have turned eighty-three this week. Millett is best known for the 1970 book “Sexual Politics,” a classic of second-wave feminism, which examined the “political aspect” of sex. In it, Millett uncovers the violent misogyny in novels by some of the most acclaimed champions of sexual freedom—Henry Miller, Norman Mailer—and celebrates, by way of contrast, the work of the queer writer Jean Genet.

9) Pauline Hanson’s burqa stunt demonstrates why we need to move beyond cultural relativism vs. universalism

We must be able to recognize the oppressive nature of the burqa without increasing the burden of racist misogyny upon the women who wear it.

Men and women are each making comparable contributions to the family finances in nearly one-third of all couples, Statistics Canada said Wednesday as the latest data from the 2016 census revealed new details about how — and which — Canadians are paying the bills.

11) Politics and money: a sordid history

The relationship between political parties, political power, and big money has a long, sordid history in Canada.

The 2016 Census income data released today shows that family and individual incomes rose significantly for most of the population in the decade from 2005 to 2015, mainly due to the resource boom that extended through most of the period. The median total income of families adjusted for inflation rose by a healthy 10.8 per cent. But the gains were unequally shared, and some families and individuals fell behind.

13) On questions of Kinew's character, silence is deafening

It is hard to reconcile the number of women who have said they stand in solidarity with victims of violence who are now standing behind an individual who has been caught numerous times acting in a misogynistic manner.

The woman at the centre of a political storm says she doesn’t want to be there.

“I’m not into politics; I’d rather keep out of it,” said Tara Hart of Winnipeg.

She’s in the middle of questions swirling around provincial NDP leadership candidate Wab Kinew, as the alleged victim of a domestic assault in 2003.

She said the two were in a common-law relationship when he threw or pushed her across the room and she suffered rug burn on her legs and hands.

The call from Tara Hart’s mother came at the 11th hour Saturday.

Coincidentally, I was having a latte a block away from the RBC Convention Centre, where in a few hours delegates would elect Wab Kinew as the new leader of the provincial New Democratic Party.

Wendy Bird was calling about Kinew, of course, because her daughter had asked her to call me on her behalf.

It was Tara — who alleged and still maintains that more than a decade ago, when Kinew was her boyfriend, he physically assaulted her while they were living together in Winnipeg — who had asked her to call me.

Some Indigenous elders who live traditional lifestyles that include hunting, fishing and trapping on lands and waters long utilized by their ancestors say they have noticed a rapid shift in the environment over the last several decades — a shift some attribute to climate change.

Montreal has taken steps to recognize the contribution of Indigenous people to the city, adding an Iroquois symbol to its city flag and committing to rename Amherst Street.

Colin Kaepernick is not currently in the NFL, but that didn't stop the NFL Players' Association from naming the 29-year-old its Week 1 MVP.

Until fairly recently, I had stereotyped inane online commenters as ignoramuses living in their parents’ basements, and had assumed they existed on the fringes of society, only given charge after Donald Trump became U.S. president.

20) Irma pushes Florida's poor closer to the edge of ruin

Larry and Elida Dimas didn't have much to begin with, and Hurricane Irma left them with even less.

Robyn Doolittle, The Globe and Mail

Women in some of the poorest countries in the world are already feeling the effects of the Trump administration's sweeping changes to foreign aid, and the impact will only widen, advocates say.

It is rare that I leave the cinema deeply offended with what I’ve just seen. Yesterday, after watching the just released Victoria & Abdul, was one such day.

24) Trump supporters organised a rally for 1 million people. Only 1,000 turned up

While Donald Trump jetted away from Washington DC for a weekend retreat in New Jersey, hundreds of his supporters descended on the city to demand protection for "traditional American culture”.

Although from before the period we are including this article as well which should be widely read:

25) A cruise ship's emissions are the same as 1 million cars: report

As It Happens, CBC News

A luxury cruise vacation may sound like a perfect dream holiday, but a German environmental organization says that in terms of environmental impact, the industry is an absolute nightmare.

Listen to the Segment.