As even casual followers of this blog know, I love streetscape photography, vintage photography and combinations of the two!

Today we are going to look at 18 great examples of black-and-white photos of Toronto that span from as early as the 1860's up until the 1970's.

These are drawn from two books, both out-of-print. The first is Jay Myers' excellent 1977 popular history of Yonge St., The Great Canadian Road. It really emphasizes the importance the grand street has played in the development of Toronto and the other communities through which it makes its way.

The second is the well-written and very detailed To Serve the Community (1974) by G.H,. Stanford that is a history of Toronto's Board of Trade. For a leftist it is somewhat amusing to read a local history told entirely from the perspective of the capitalist class! It does, however, have interesting facts and anecdotes throughout.

Without any further ado, here are the photos in chronological order! 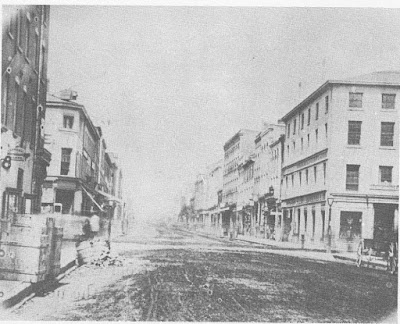 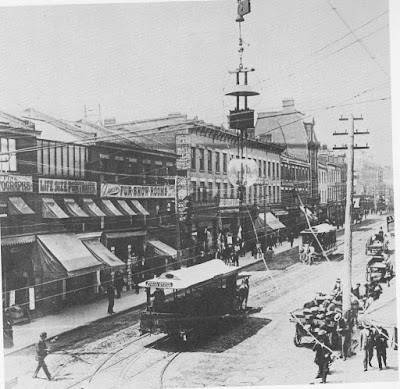 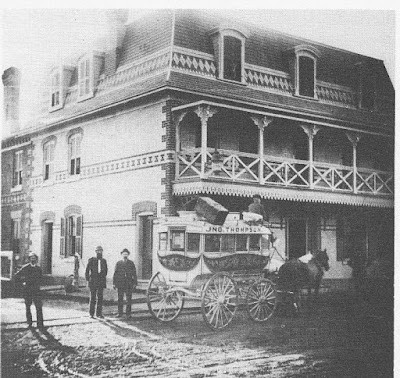 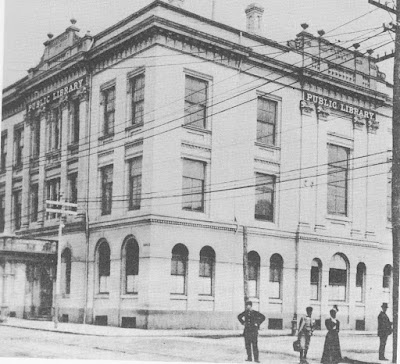 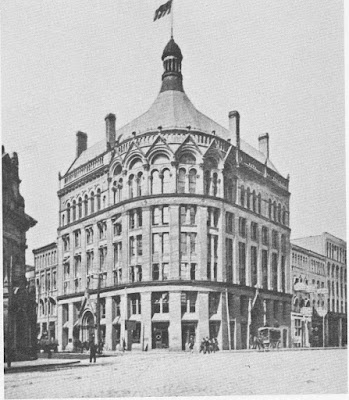 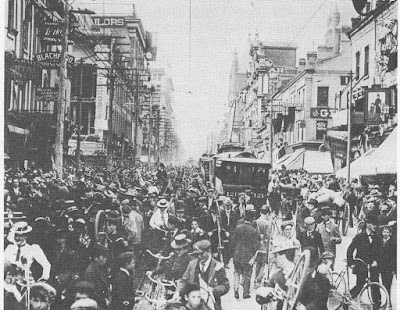 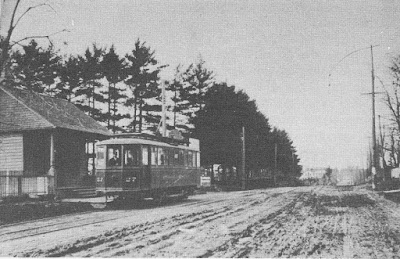 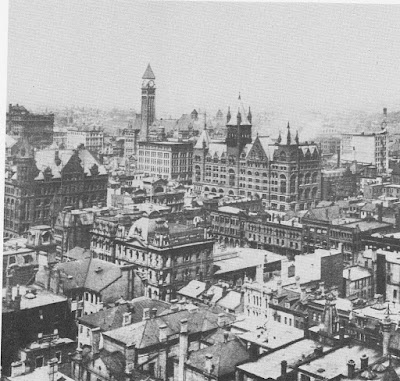 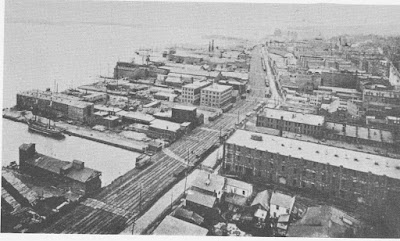 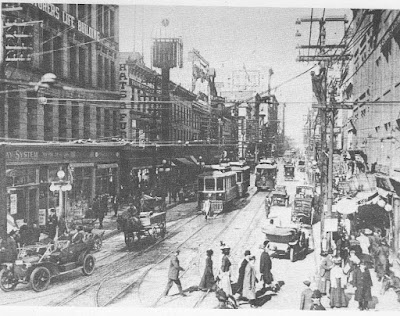 King and Yonge bustles with traffic, 1912 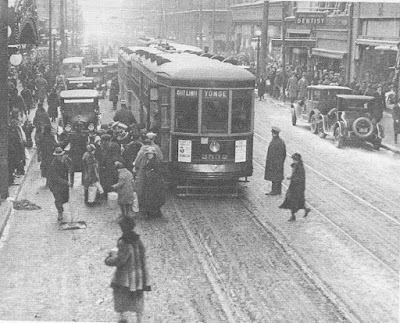 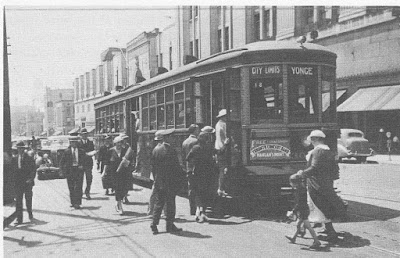 A Peter Witt, still in service, picking up passengers northbound on Yonge
at College St., June 24, 1937 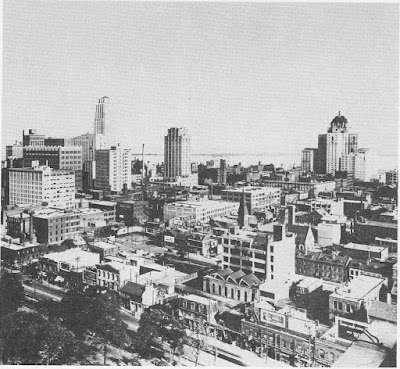 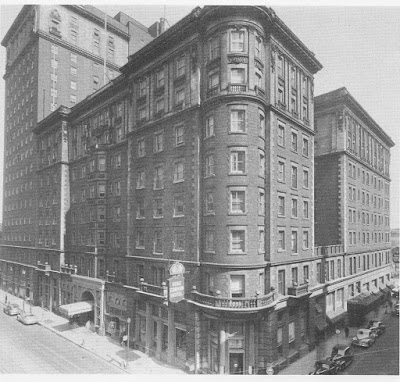 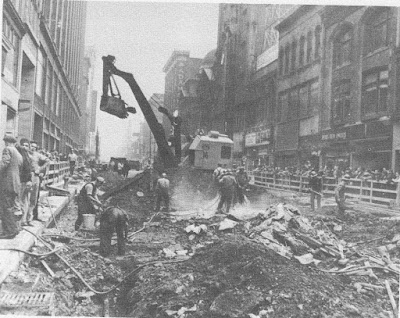 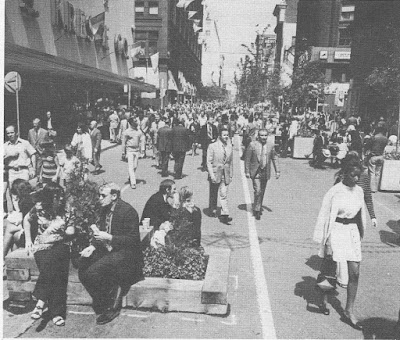 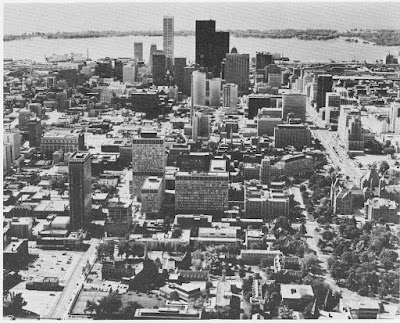 See also: Mimico and South Etobicoke 1827-1927 -- A look at the centennial and local history of Christ Church Mimico

Posted by Michael Laxer at 3:32 PM