Niki Ashton is the leader the NDP and Canada needs 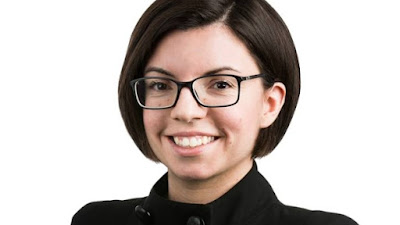 My name is Robert McCarthy from Sudbury, Ontario and I am supporting Niki Ashton to become the next leader of the New Democratic Party of Canada. Like myself, Niki is a proud Democratic Socialist. She is the candidate that I most identify with. Her vision includes free tuition and student debt forgiveness, opposing pipelines where they infringe on Indigenous rights and endanger the environment, and the expansion of public healthcare to include dental care, pharmacare and access to mental health services for all Canadians. These policies are perfectly in line with what I believe.

I had the pleasure of meeting Niki in 2012 during her first run at the party leadership. The Sudbury NDP had hosted a debate for all the leadership candidates at the Steelworkers’ Hall. Before the debate officially started I had a few short minutes to talk to Niki and had my picture taken with her. Both during this meeting and during the debate she impressed me. She has strong conviction, unwavering principles, and the capacity to intelligently convey her beliefs. Niki is a great listener and takes the time to hear proposed solutions from ordinary Canadians to address the issues of the day. I knew Niki would be an important part of the NDP and Canadian politics for many years to come. Niki’s policies are a breath of fresh air. I believe Niki’s drive, determination, charisma, and all around ability, make her exactly the person we need to lead the NDP and Canada now and long into the future.

Robert McCarthy lives in Sudbury, Ontario and has been an NDP activist and the Disability Rights Representative on the Federal Sudbury NDP Executive since 2008.

Over the coming weeks The Left Chapter is interested in getting different perspectives on the NDP leadership race including from those both inside and outside of the party, from partisans of various candidates (perhaps explaining why), from critics of the race or those who think supporting any of them is perhaps a mistake, from those who would like to see a candidate who has yet to emerge, analysis of the candidates from an objective left perspective, etc.

See also: The backlash against Niki Ashton from anti-Black Lives Matter commentators is what is really off base

See also: Niki Ashton launches her campaign from the left as NDP race heats up
Posted by Michael Laxer at 1:34 PM