We don't need a populist left, post-identity politics left or 'alt left' to fight the rise of the far right, we just need a left 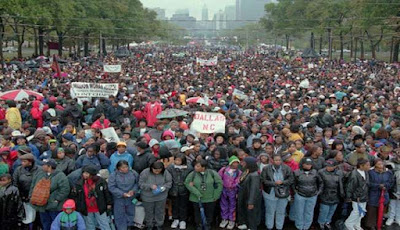 The "left" is "out of touch" with the pulse of what is going on in the United States and North America more broadly because insert left academic or commentator/insert left publication says this must be true due to Trump's victory in the US Presidential race.

And why did the "left" lose? Because, according to many of these folks, it is too "identity" focused, too "feminist", too "out of touch" with "white workers" (whatever that means), too unwilling to be "populist" etc, etc., etc., etc., etc.

I could site an endless stream of articles, but why bother? They all say the same thing about the wrong target.

It is a bizarre and regular fallacy on the left to construe what are, in fact, the failings of liberals as having meaning for our struggles and insisting on framing our issues within the context of their electoral successes or downfalls.

This is nowhere more true than in the case of the Democrats and Hillary Clinton in the US.

The fact -- and it is a FACT -- is that the left lost nothing when Clinton lost. Liberals did. While Bernie Sanders may have, at one point, represented a kind of left during the nomination battle,  when he lost the "left" yet again became subsumed in the liberal Democratic Party.

This actually matters. A lot. It also renders most of the critiques of the alleged failings of the "left" irrelevant and facile as well as being entirely captive to American electoral political terms as those politics are structured now.

The left did not lose the American Presidential election. An entity that does not exist in a meaningful sense cannot lose anything and the folks endlessly expounding otherwise are doing so to further an agenda internal to their own politics and viewpoints.

Many of them seem hell bent on blaming women, people of colour and whoever it is easy for some leftists to scapegoat in spite of the historic systemic injustices these groups have faced.

While there are serious and important critiques to be made of the blood drenched imperialism and anti-worker policies that passed for liberalism under Obama and that would have continued under Clinton, these are critiques that should be made of what they are critiquing! I too despise the utter lack of a class analysis on the part of liberals and that their versions of liberation movements like feminism and anti-racist mobilization are, unsurprisingly, liberal and dramatically stunted by this.

But this has nothing at all to do with the left. Nor is it the fault of liberation movements or "identity politics" which is a reactionary line that the left would do best to avoid as it would the grotesque labels of "social justice warrior" and "politically correct" that the right loves to throw around.

It is actually absurd and increasingly derailing to keep insisting that the "left" has to learn the lessons of a politics that it was not engaged in.

Now, I understand that some left intellectuals have expended a lot of "ink" on these theories that seek to assert what they feel should be the discussion, and that what I am writing here might seem almost casual and dismissively short by comparison. Yet it deserves to be.

After all, where is the mass left party that they have worked to construct or build?

There is little easier for some on the left than taking cheap shots at movements like Black Lives Matter or feminism when those doing so are simply envious of what these movements have accomplished. Unlike all those writing endless articles about the need for a new left party while doing nothing to create one, activists in these communities have actually been incredibly effective in achieving goals, mobilizing millions of people and getting attention for their cause.

Something that the electoral socialist "left". however you define this, has not been particularly effective at of late.

That the "left" has failed to electorally combat the rise of neo-liberalism and now the far right in North America is hardly surprising given that in the US it does not exist electorally at all and given that in Canada its incarnation in the NDP is a shallow farce that can barely even claim to be social democratic.

It is a pathetic distraction from our own failure to build a left alternative of any serious kind to try to somehow blame this on women, people of colour and other communities that have mobilized to fight back and demand equality and justice and to act as if their righteous struggles are the real issue that alienated the "white working class" and that is responsible for Trump!

As opposed to the fact that there is no organized mass movement to give voice to a coherent anti-capitalist position and that the left, such as it is, has conceded the field for a generation to liberalism and has allowed it to become the "alternative" to the right.

We don't need a "populist" left, or an anti-identity politics left or an "alt left", we just need a fucking electoral left.

And until we stop theorizing about it and actually take steps to build it, the only people we on the socialist  left have to blame for our electoral failures and the electoral rise of the far right are ourselves.