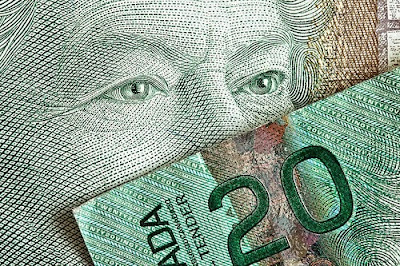 (Now that Justin Trudeau has released his cynical tax plan -- a tax plan that does, however, call for an increase in personal taxes on the very wealthy -- the juxtaposition of the "corporate tax" versus "personal tax" narrative in the context of economic inequality is coming back into focus.

Originally published in a slightly different form on rabble.ca and as part of "The theory and practice of "tax relief": Austerity, inequality and neo-liberalism (in three parts)" this article looks at the false god that are corporate taxes when separated from tax increases on personal wealth)

It is a slogan that sounds good, and with which I would fully agree, under conditions where "corporations," or, more accurately, those who control them, were actually paying. But this is not the case in the debate in Canada today where many on the left are falsely proclaiming corporate taxes as an alternative to increasing personal taxes, even on the wealthy, and seem to display little understanding that corporate tax rates have nothing at all to do with inequality socially and are not at all a tax on wealth or the wealthy.

While Thomas Mulcair has juxtaposed his "plan", to date, to increase corporate taxes as a "progressive" alternative to the idea that taxes should be dramatically increased as well on Canada's wealthiest individuals --  a belief once strongly advocated by now NDP candidate Linda McQuaig when she was a political writer and critic for example -- he is fundamentally juxtaposing a plan like McQuaig's that might accomplish something to a plan that will accomplish basically nothing.

The essential fallacy of mythologizing corporate taxes in the present context lies in the fact that, unless you agree with the U.S. Supreme Court, corporations are not people. By definition, if government taxes a corporation, ultimately some individuals, somewhere, pay the bill. Corporations cannot pay anything, any more than a house you own pays its own property tax. Given that corporations can, will and must extract the money to pay their tax bills any number of ways, from increasing prices, to attempting to force down worker wages and benefits, to finding creative ways to reduce nominal profit (which includes actually increasing CEO salaries or privileges, which are a "cost"), in the absence of a campaign to dramatically increase personal taxes on the managerial and CEO class of corporations or to re-adjust social power relations through the threat of socialization of assets and/or price controls, the net effect of corporate taxes, in terms of income levelling, will often  be either zero or regressive.

It sounds radical, and is therefore appealing to centrists who wish to nominally appear radical, but its impact on inequality is essentially non-existent for the very simple reason that inequality is driven by disparities in the incomes that exist between individuals. Inequality is facilitated by corporations and corporate actions, but it is manifested in the difference between people and people alone.

This exact inequality exists within corporations themselves. Corporations are comprised, as a general rule, of workers, managers and upper management. Given the nature of the capitalist economy, the way corporations will seek to lessen the impact of higher taxation will not be at the expense of their CEOs.

"Progressive" politicians, New Democrats, Liberals and Democrats alike, like the corporate tax narrative when it suits them precisely because it does not threaten any actual people at all, whether it is Galen Weston or one of his Loblaws cashiers. They can claim to be holding the banner of redistributive justice high. To be defending the mythical "99 percent."

Yet these taxes can only have an impact on inequality if you assume, barring personal tax increases, that corporations will pass the "costs" of higher taxes along, out of a sense of social justice, to their corporate boardrooms. This is, frankly, a counterintuitive and bizarre assumption for leftists to make.

They will not. They will, as they always do, make their workers pay.

We need to move beyond the false narrative of so-called "corporate taxes" as a solution under capitalism and, instead, to advocate for both a dramatic increase in personal taxes on the wealthy and the upper middle class with a corresponding fight to socialize corporate assets. We need to tie this to an entrenchment of union and workers' rights and democratization of the economy.

It is time to actually make those who benefit from the corporations pay. By higher taxes on capital gains, by higher income taxes on the wealthy and managerial class, by inheritance taxes, by expanding the legal rights and powers of workers.

Until then, when it comes to understanding how to tackle income inequality and its consequences, it is the pre-NDP candidate Linda McQuaig, among other leftist economists, who was right and it is NDP leader Thomas Mulcair who is wrong.

See also: Justin Trudeau's tax plan revisited: It is much smarter politics than policy
Posted by Michael Laxer at 9:44 AM