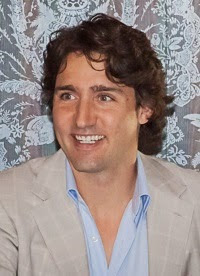 Back when Linda McQuaig was running for the NDP in a federal by-election, NDP leader Tom Mulcair could not have been more clear that he opposed personal tax increases of any kind and on anyone -- from me to Conrad Black and all points in between!

As noted in The National Post at the time:


While an NDP government would raise corporate rates, Mr. Mulcair is adamant that it would not increase personal income taxes, despite previous statements by his star candidate in the Toronto Centre by-election, Linda McQuaig, to raise rates to 70% for the super-rich.
“Be careful, she has never said anything different from party policy [since becoming a candidate],” said the NDP leader. “She is a public intellectual who has written all kinds of things. But we’re the ones who have to put an offer before the Canadian public … Personal income tax increases are not on the table.”


I have critiqued his position on this, as well as on the false god that is corporate taxes, but now his most dangerous critic on this front is none-other-than Liberal leader Justin Trudeau.

Today Trudeau released part of his platform for the election and it included an increase in the tax rate on the wealthiest Canadians from 29% to 33%, -- a tax increase that would represent the largest increase in taxes on the wealthy anywhere in Canada in a generation and one considerably more progressive and substantive than the one the ONDP got from the Ontario Liberals as a concession for supporting their austerity budget a few years back.

His plan also includes a totally unnecessary tax cut for the "middle class" (a plan that buys into reactionary narratives around "tax relief" that have helped to lead us to present levels of inequality and an inability for the state to act on things like daycare, pharmacare, etc.) but the fact is that he is now proposing taxing the "1%" in a way no other politician has in some time.

This is very clever. While Trudeau has been leaning right of late to eat into Tory support, this is clearly an attempt to tap into widespread progressive concerns that the wealthy pay far too little in taxes and that inequality has grown far too much.

The ball is now in Mulcair's court -- but he does seem to have fenced himself in and Trudeau's tax plan, a plan that on this front is significantly more progressive than his own, presents a real challenge to those who seek to claim that the NDP is the party that will best confront and deal with inequality.

Are Mulcair and the NDP really going to advocate against higher personal taxes on the wealthy?

NDP head office had better take note -- I rather suspect Trudeau's stance on taxing the wealthy will prove very popular -- and popular with the very people the NDP sees as its natural constituency.

Posted by Michael Laxer at 1:45 PM