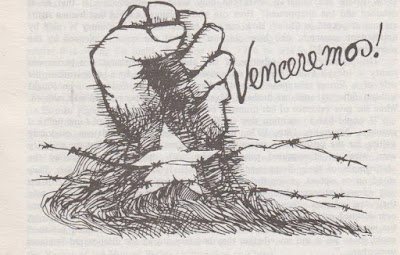 With protests and general strikes against inequality and neo-liberalism gripping Chile right now, the state and government have responded with a violence and repression not seen since the fascist military junta of the 1970s.

This distressing echo of the Pinochet years has led to headlines that tell a terrible tale. Chile Protesters Tortured, Sexually Abused by Security Forces: Report, Chile: State Violence Leads to 1,420 Arrests and 11 Deaths and 'So Awful': Military Returns to Streets in Chile as Unrest Simmers are just a few.

This leaflet issued by the World Peace Council in 1977 reminds us of the horrific disappearances, repressions and brutality of the Pinochet years, the last time the military patrolled the streets of Chile and martial law was imposed after the overthrow of the democratically elected leftist government of Salvador Allende.

It chronicles cases of state violence and disappearances. These include figures like Communist leader Victor Diaz who was arrested in 1976 and never heard from again. We now know he was murdered after months of torture.

It also contains suggestions and plans to put international pressure on the junta. Sadly the Pinochet regime would remain in power for another 12 years.

Leaflets like this serve as a stark reminder as to why international pressure must be brought to bear to stop Chilean state and military violence now. 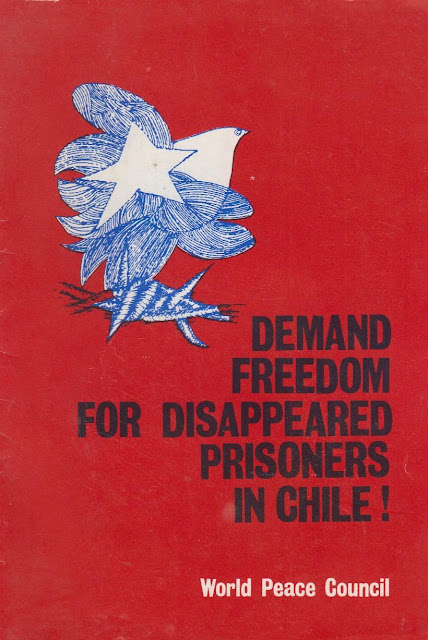 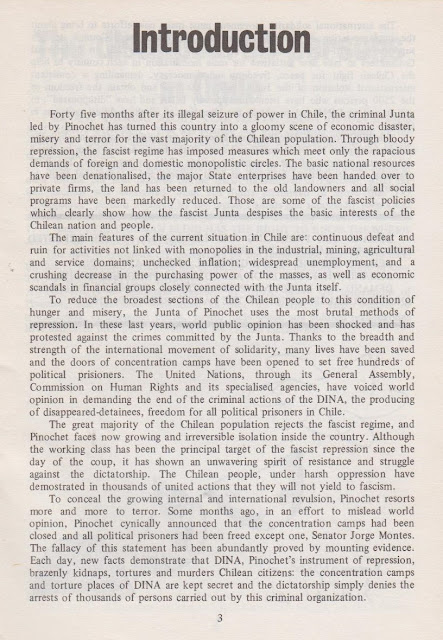 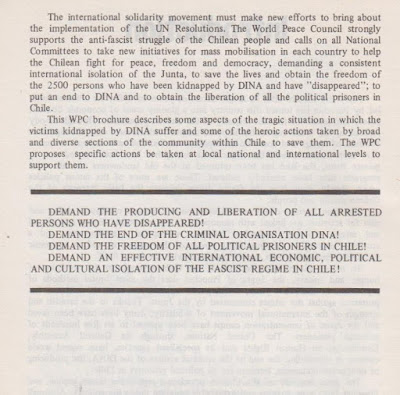 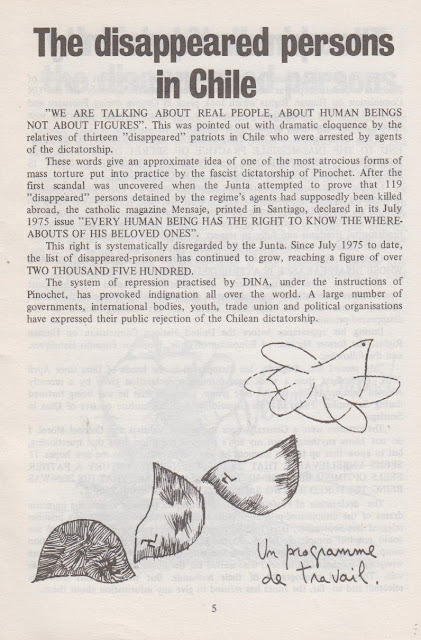 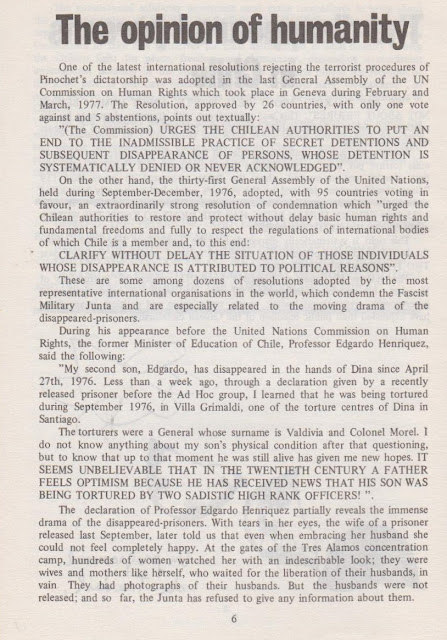 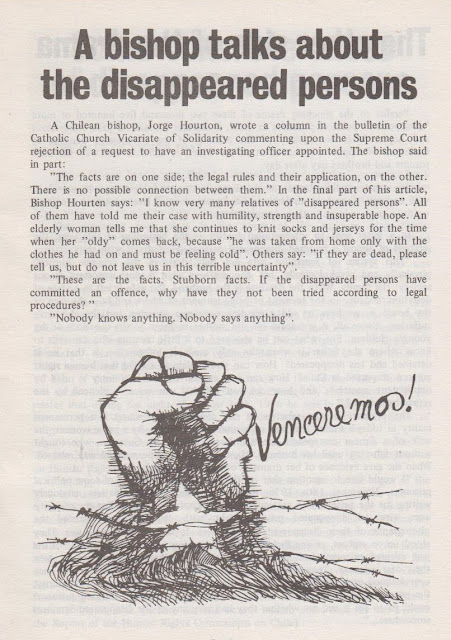 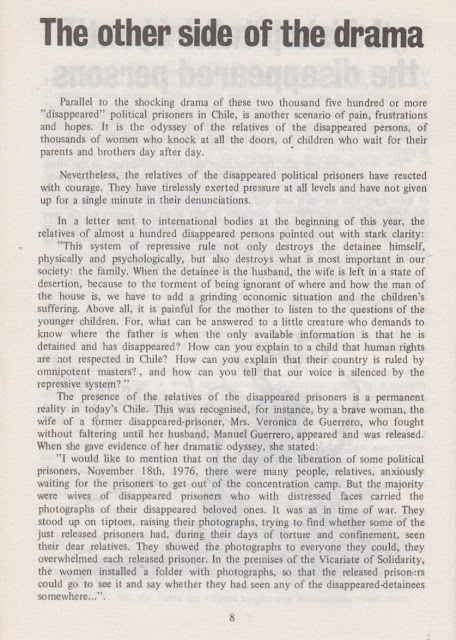 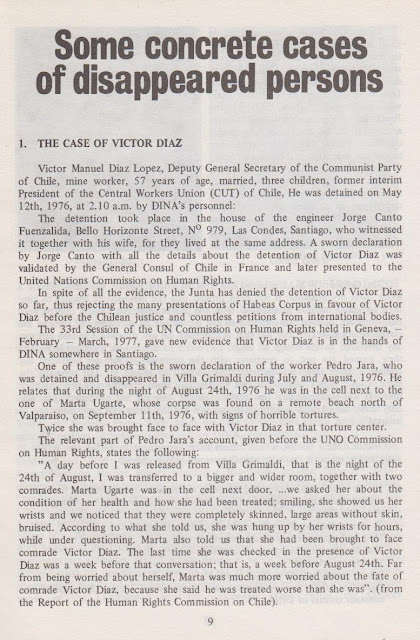 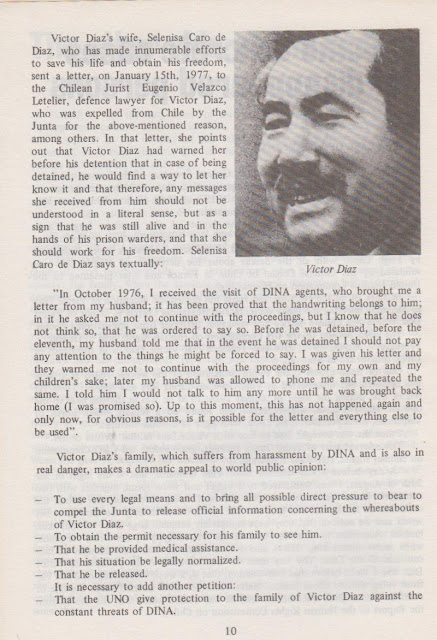 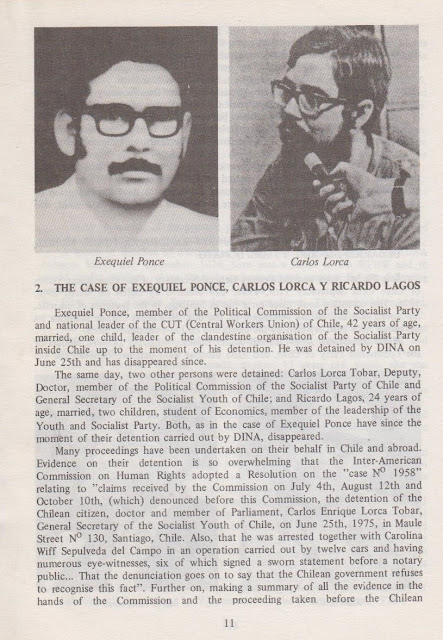 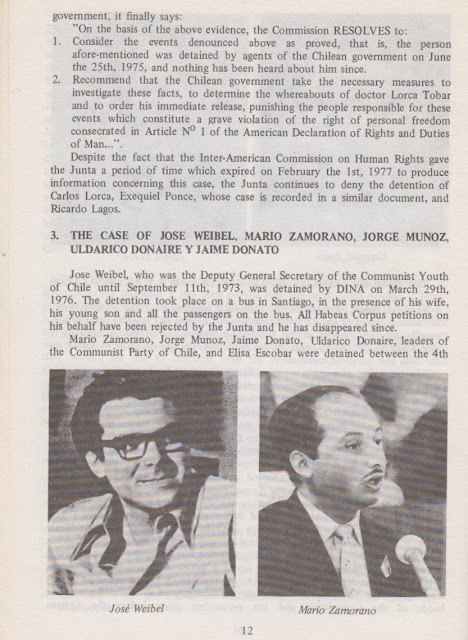 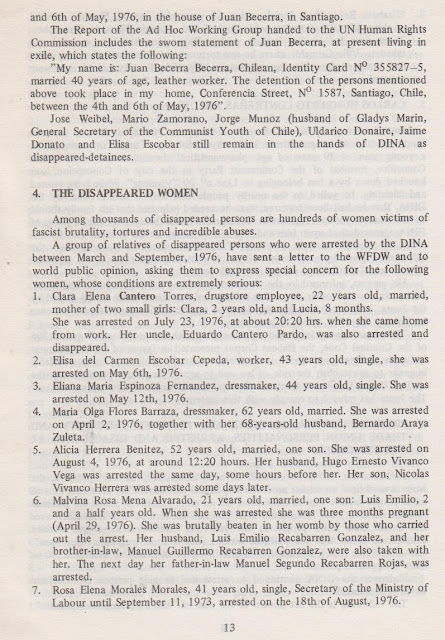 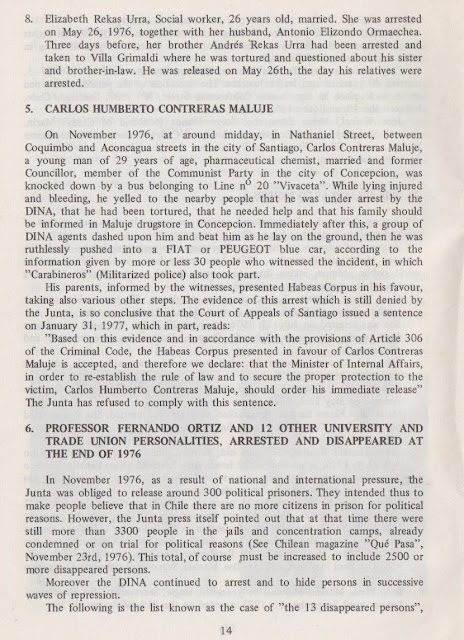 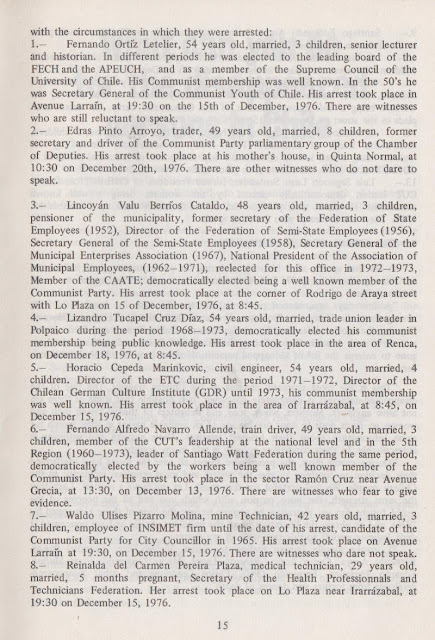 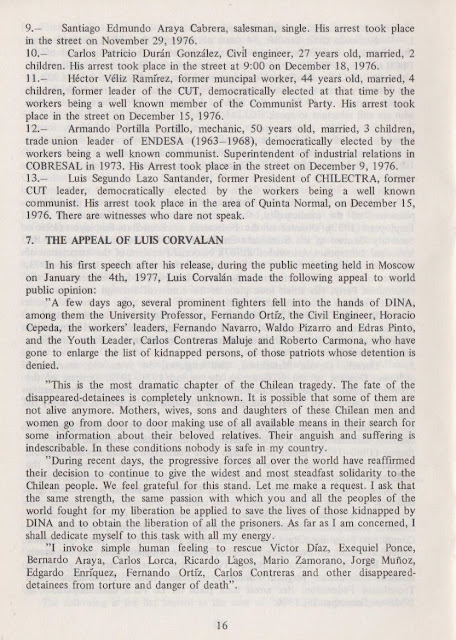 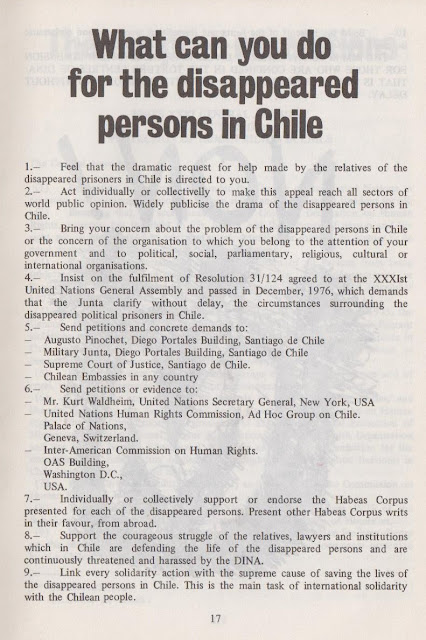 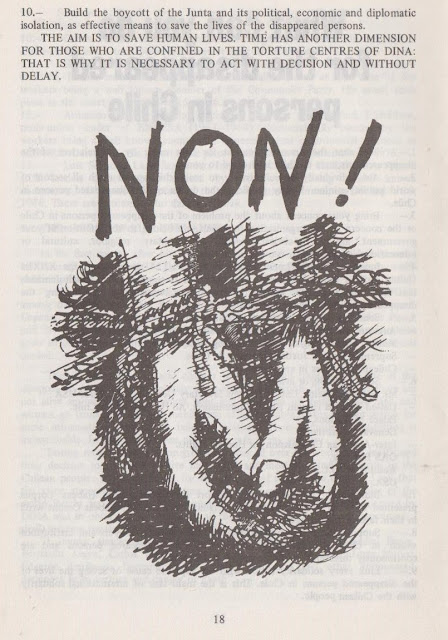 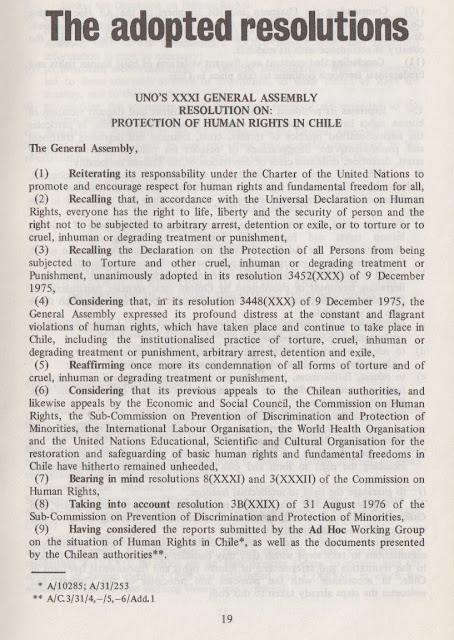 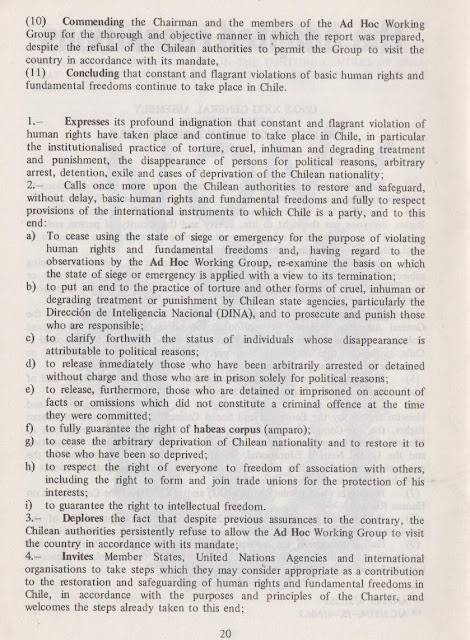 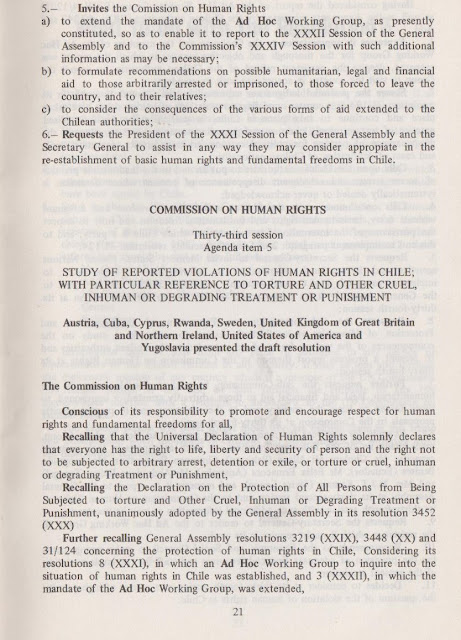 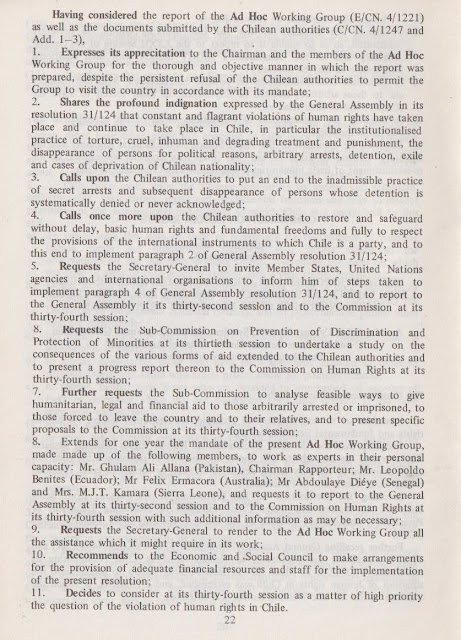 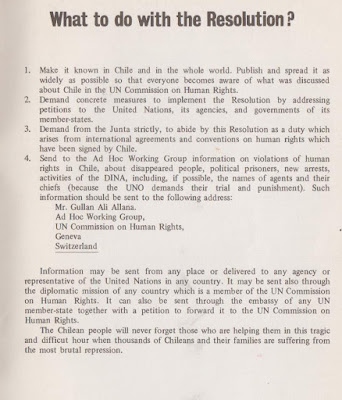