Morgan Wheeldon, Israel and the triumph of neo-conservative dogma 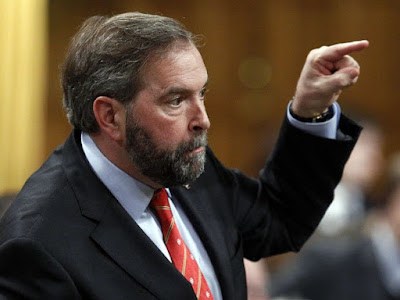 His name was taken off the party website, his own website wiped clean, and he was thrown under the bus entirely by senior party enforcer Brad Lavigne:

Our position on the conflict in the Middle East is clear, as Tom Mulcair expressed clearly in the debate. Mr. Wheeldon's comments are not in line with that policy and he is no longer our candidate. We were made aware of some information that had not previously been disclosed. When we approached Mr. Wheeldon with this information he submitted his resignation.


The information that "had not previously been disclosed", is a quote that the Conservatives dug up and put on an attack site dedicated to cherry-picking NDP candidate comments and presenting them out of context. Wheeldon had, in 2014, said on Facebook:

One could argue that Israel’s intention was always to ethnically cleanse the region — there are direct quotations proving this to be the case. Guess we just sweep that under the rug. A minority of Palestinians are bombing buses in response to what appears to be a calculated effort to commit a war crime

Setting aside for the moment that, even out-of-context, there is nothing he said here that is particularly inflammatory and that one can make a very strong case that Israel has committed war crimes, this sets yet another terrible precedent and reflects how on some issues the neo-conservative right has succeeded in shutting down all meaningful discussion and debate in our political discourse.

Is it really now the case that you cannot run for the NDP if you have ever been publicly critical of Israel? Given Wheeldon and Paul Manly before him, it certainly would appear so -- and that is ludicrously anti-democratic and wrong-headed.

Where does this end? His are by no means the only controversial comments on the Conservative site. Are the other candidates -- aside from those too well-known for the NDP to do this with like McQuaig -- to be erased as well?

This ugly and seemingly inexorable push by the NDP to insist on absolutely mindless unity and unanimity by all candidates and MPs on all issues that have been pronounced upon by the Great Leader and his inner-circle strategists is a symptom of the dumbing-down of mainstream bourgeois politics more broadly. In 2015 the diversity and contrast  of positions and policies between any of the major parties is more narrow than at any other time in our country's modern political history.

More dangerously, though, it allows the Conservatives and the neo-conservative movement more broadly to set the limits on what is and what is not allowed to be said, criticized or debated.

The consequence is that, no matter who gets elected, on certain issues like Israel or fundamentally tackling climate change, one variation or another of the Harper government and neo-conservative position and vision is what Canada is going to get.

Posted by Michael Laxer at 1:00 PM