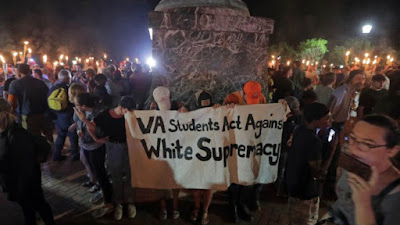 This list covers the week of  August 6 - 13. It is generally in order of the date of the article's release.

1) Whatever Became of the CCF’s Dream?

A dramatic shift in electoral politics is currently disrupting leading capitalist democracies, challenging the ideological hegemony and legitimacy of the global neoliberalism of late capitalism.

The film is egregious, both in what it includes and what it omits.

So much for the new and improved "mild-mannered," "middle-of-the-road" Conservatives.

The Conservative Party of Canada is currently promoting an online petition vowing they'll strip funding from universities and shut down critical research projects in the name of "free speech" – something anti-abortion figures say would amount to an "enormous victory for pro-life activists across the country."

4) THE ANCIENT MEDITERRANEAN WAS DIVERSE. WHY DO SOME PEOPLE GET SO UPSET WHEN WE TALK ABOUT IT?

At this point, anyone who reads about things classical on the internet knows of the dust up over the BBC video on Roman Britain and its inclusion of a Roman soldier of African origin. If you need a quick refresher, you can check out a short article at Indy 100 (from the Independent) and another at The Atlantic. Then you can appraise yourself of the subsequent internet abuse heaped on historian Mary Beard when she involved herself in the discussion. This brawl over diversity in the classical world is one of a series that have occurred in recent months and echoes those surrounding Sarah Bond's article on painted marble in antiquity and the white supremacist motives for removing the paint and Donna Zuckerberg's call for a consciously more inclusive approach to Classics--the comments in both articles are amazing demonstrations of ignorance and virulence on one side and exasperation and resignation on the other.

5) Mary Beard is right, Roman Britain was multi-ethnic – so why does this upset people so much?

Refugees and migrants face kidnap, rape, torture, slave labour and sexual violence in Libya before attempting to cross the Mediterranean to reach Italy, an Oxfam report has found.

Daniel Turp says he's ready to go all the way to the nation's top court to stop the sale of Canadian-made armoured vehicles to Saudi Arabia.

8) If you're wondering why Saudi Arabia and Israel have united against Al-Jazeera, here's the answer

There are still honourable Israelis who demand a state for the Palestinians; there are well-educated Saudis who object to the crazed Wahabism upon which their kingdom is founded; there are millions of Americans, from sea to shining sea, who do not believe that Iran is their enemy nor Saudi Arabia their friend. But the problem today in both East and West is that our governments are not our friends.

In the alternate universe that includes one of the White House's favorite news sources, Breitbart News, The Statue of Liberty is now an “attack” on the alt-right.

10) The hypocrisy of opposing a minimum wage hike

One key rallying cry is that the wage hike will kill profits and lead to job losses, but where is the indignation when bonuses are added to already astronomical executive salaries — we never hear that this will lead to inflation or the need to reduce the number of bosses.

A Saskatoon judge is being criticized for saying a woman who was arrested for being intoxicated was a "prime candidate to become a missing Aboriginal woman."

13) Cop faces police hearing for use of ‘excessive force,’ as caught on bystander’s video

15) Venezuela: Trump Threat of US Military Intervention "Madness" of US Imperialism

In response to comments from President Donald Trump that he wouldn't "rule out" a "military option" against Venezuela—currently embroiled in domestic political conflict as neoliberal forces challenge the socialist-led government of President Nicholas Maduro—the nation's top officials characterized Trump's remarks as "madness" coming from the "imperial" and "extremist elite that rules the United States."

When I began campaigning against domestic violence 35 years ago the perpetrators were invisible. The victims were pretty much all we heard about, and the perpetrator was the invisible man. This was the same with rape, and with child sexual abuse. Female survivors of these atrocities were often wheeled out to talk about “their recovery” or how they had helped other women get through their ordeal, whilst the elephant in the room was visible only to some.

This is why I decided that one of my chapters in my forthcoming book on the global sex trade would be about the sex buyer – this enigma, the puff of smoke, the pixellated face, the man who is rarely named.

17) Horror in Charlottesville: One Dead After Driver Plows into Anti-Racist Demo


Racist neo-Nazis run out of town as city of Charlottesville rises up against hate-inspired rally.

18) Police Stood By As Mayhem Mounted in Charlottesville

State police and National Guardsmen watched passively for hours as self-proclaimed Nazis engaged in street battles with counter-protesters. ProPublica reporter A.C. Thompson was on the scene and reports that the authorities turned the streets of the city over to groups of militiamen armed with assault rifles.

Just after 1:00 this afternoon, Rebel Media personality Faith Goldy captured one of the clearest videos of the car that mowed into anti-racist protesters at the apparent culmination of the “Unite the Right” convergence of white supremacists in Charlottesville, Virginia. The driver, who is in custody but has not yet been identified, killed one person and injured nearly 20 others.

20) The ‘many sides’ of injustice in Charlottesville riot

This is it, then.

We can officially drop the pretence of equality after violent protests by white supremacists, “heritage” groups, neo-Nazis, KKK members and armed white terrorists slammed that charade this weekend.

The people you rightly revile in Charlottesville are the people Obama used in Ukraine and the ones used in Venezuela. Don't turn your heads.

Donald Trump has been blamed for the violent clashes between white supremacists and anti-fascist groups in Charlottesville by the mayor of the Virginia town.

There are also two articles on North Korea that, while months old now, are definitely worth sharing again in light of recent events.

Both are from Andrew Dobbs on Medium

Less than three months into Pres. Donald Trump’s reign we can already say that there is a non-trivial chance that the United States will soon be engaged in a nuclear war.

America doesn’t choose its enemies for their moral qualities