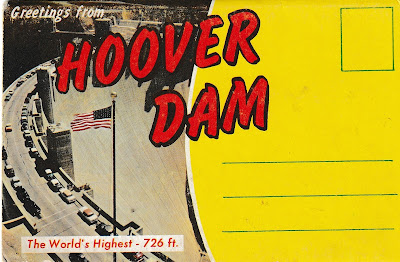 Before on the blog we have looked at a style of vintage little keepsake postcard packet (one of the Vegas Strip and one of New York's Thousand Islands) that unfolds to drop down a long row of connected full colour illustrations. These were quite popular in the mid-20th Century. The idea was that you were supposed to mail the whole packet to yourself or someone you wanted to share memories of your trip with -- you know, long before instant shares via cell phones and even before personal ownership of cameras (remember those) was widespread.

Today we are looking at a postcard folder for tourists visiting the Hoover Dam and its reservoir Lake Mead in Nevada and Arizona. Originally the Boulder Dam, it was the world's highest dam for a time.

The government built a settlement on the edge of what became Lake Mead to house all the workers and their families. Boulder City is now a tourist and retirement destination. While Lake Mead used to be the largest reservoir in the United States, it is no longer due to excessive regional demand for its water as well as climate change.

The images in this packet are great as they combine the remarkable technical achievements of the dam with its beautiful surroundings. The photos are also notably interesting in their colours and hues (likely unintentionally) and some are quite atmospheric as a result. 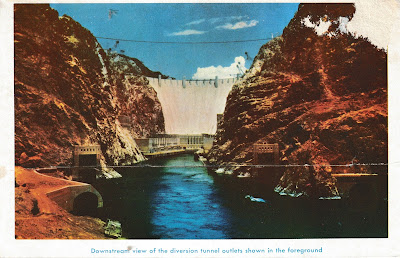 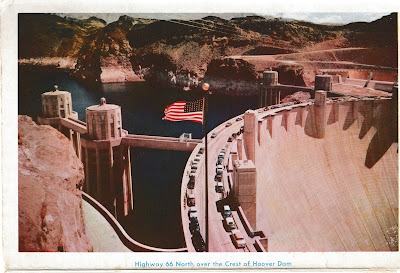 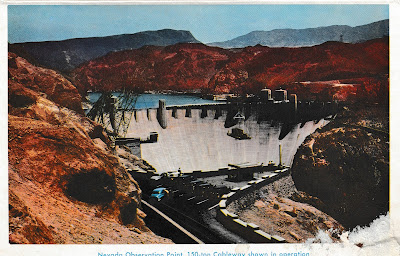 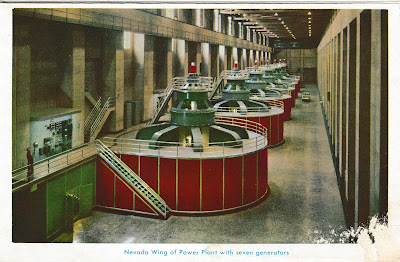 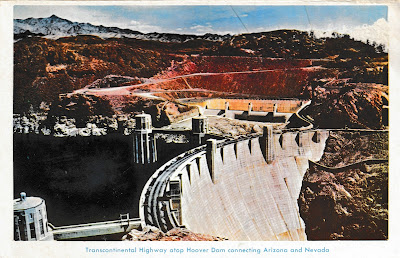 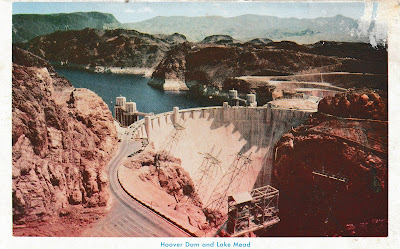 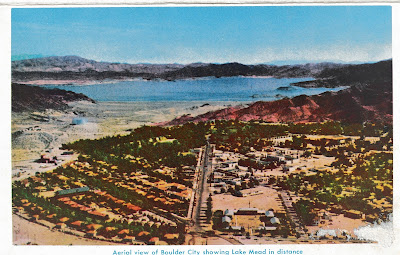 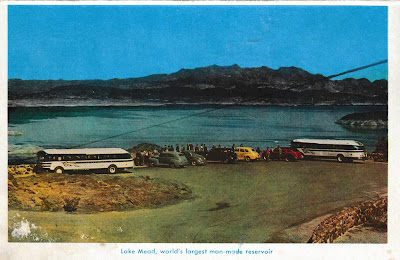 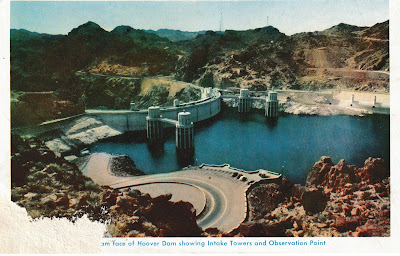 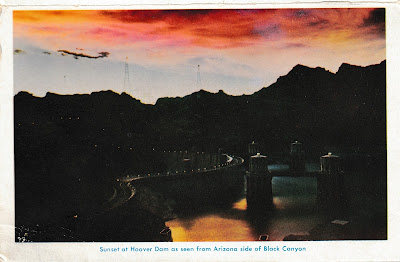 Love this image above...you can barely make it out and yet it is lovely. 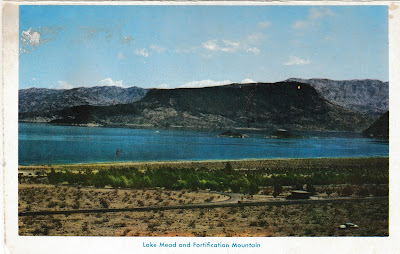 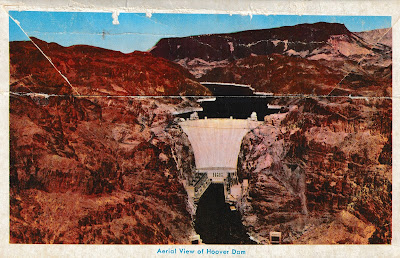