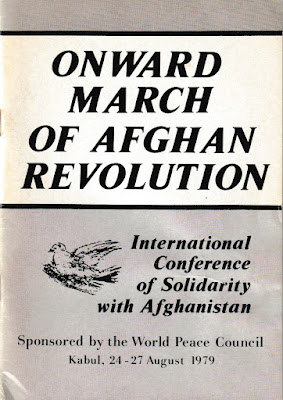 Remember when Afghanistan had a government dedicated to a sweeping agenda that "included land reforms, ending feudal customs, equality for women, literacy campaigns, equality of nationalities, freedom of religion"?

Sadly most in the west have bought into the notion that the revolutionary Afghan regime of the Saur Revolution of 1978 were actually the "bad guys" opposed by the "freedom fighters" the US and west funded and supported to destroy it and who went on to coalesce into obscurantist and viciously reactionary forces like the Taliban.

This leaflet -- one of several that we will post over the coming weeks as part of this project -- shows a different side of what was happening in Afghanistan. While this one was published by the World Peace Council and flowed out of an international anti-imperialist solidarity conference, others are from the People's Democratic Party of Afghanistan itself.

A notable quote comes from the Kabul Declaration that was issued at the conference:


Education is no longer the monopoly of a handful of the elite who were the most favoured persons in the past. Medical benefits and facilities which were the monopoly of a handful of exploiters in the past are now put at the service of he people. Women, the most oppressed section of the population hitherto, enjoy today equal rights and opportunities and now they are playing their fundamental due role in the building of new Afghan society.
Different nationalities in Afghan society of today enjoy equal rights and have the full opportunity to flourish -- an opportunity which they never dreamt of before. The Government of the Democratic Republic of Afghanistan has taken fundamental and practical steps to eradicate oppression, poverty, hunger, illiteracy and exploitation by the handful of privileged of the old Afghan society.
A new society, a new social system, a new generation in the history of Afghanistan -- these are the fruits of the Saur Revolution.

The Saur Revolution also abolished such practices as forced marriages.

It is part-and-parcel of the imperialist and American tradition to back the forces of reaction and fascism against attempts to create or build a new society or social order while portraying these forces as actually on the side of "democracy" and "freedom".

Afghanistan is another of countless examples of how this fundamental lie plays out when these forces ultimately win and leftist or reform minded regimes and all of their accomplishments are swept away. 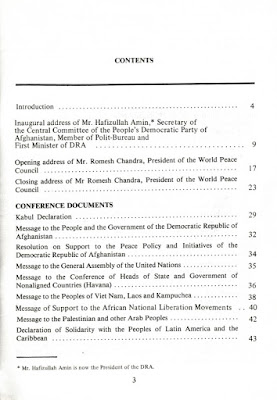 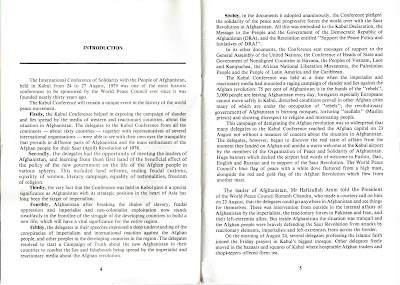 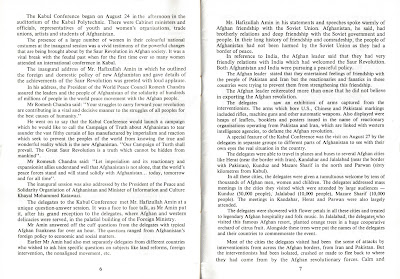 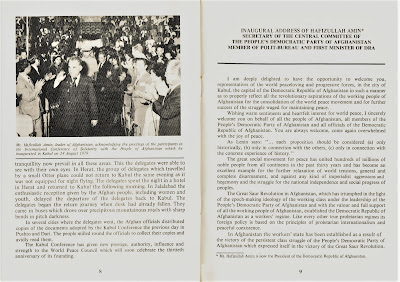 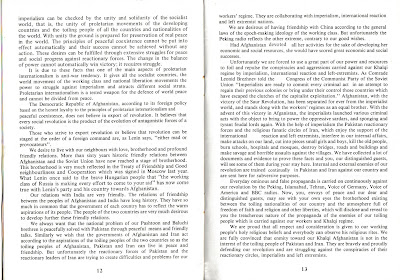 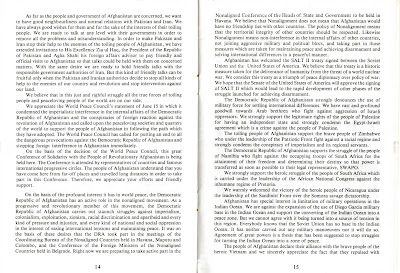 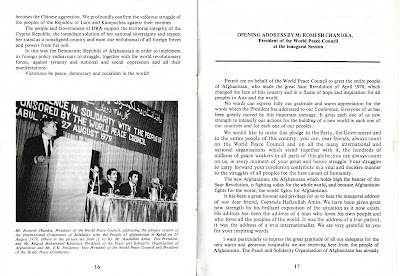 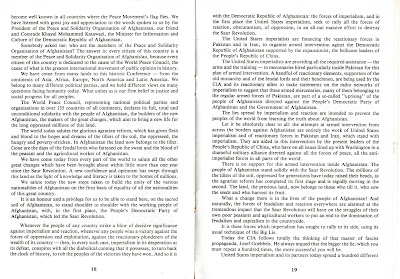 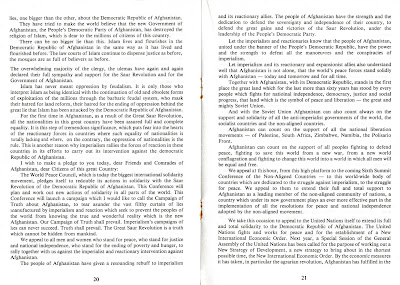 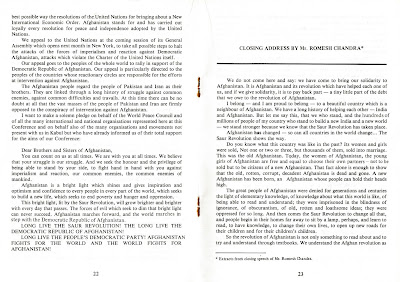 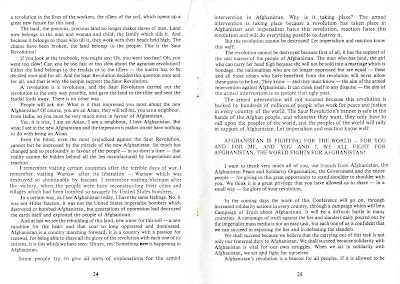 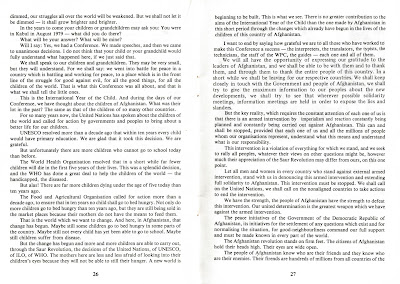 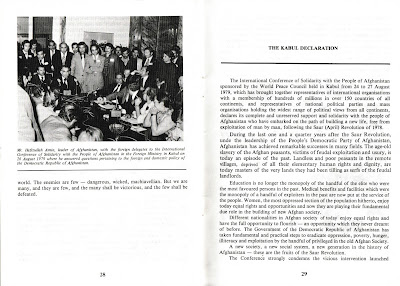 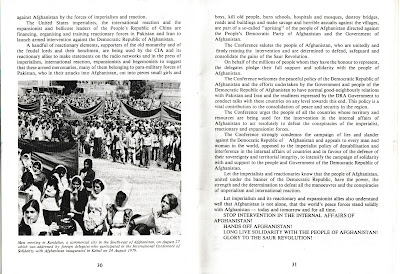 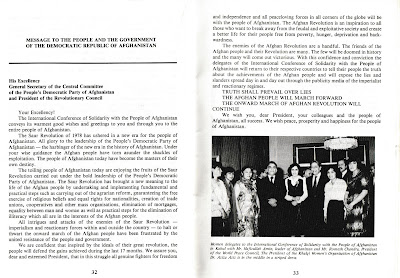 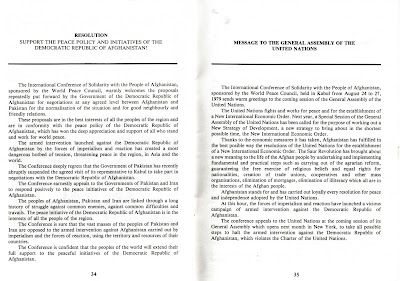 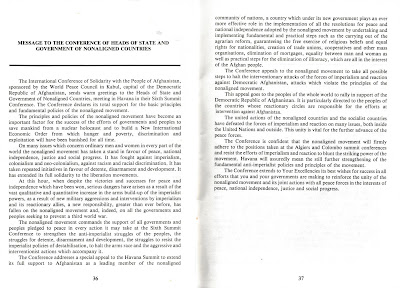 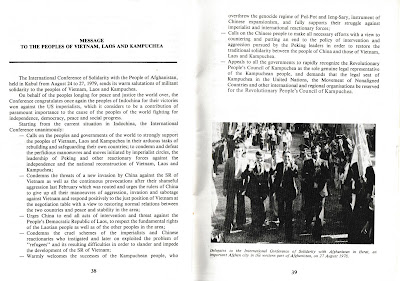 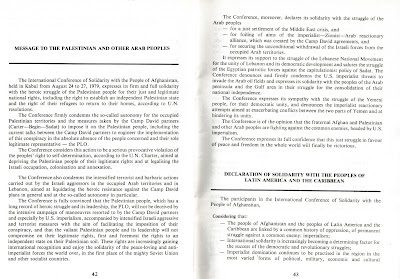 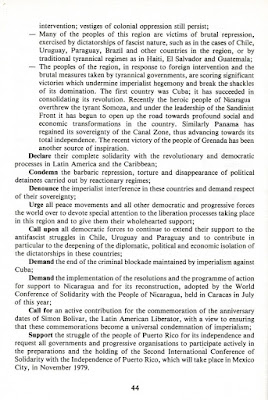 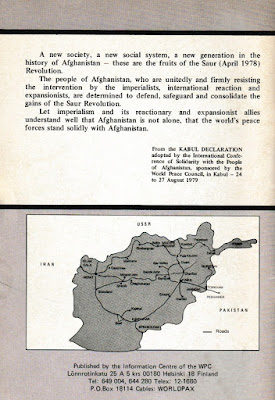 If you have any public, vintage leaflets or booklets you would like to contribute to this project please contact us via theleftchapter@outlook.com
Posted by Michael Laxer at 5:38 PM