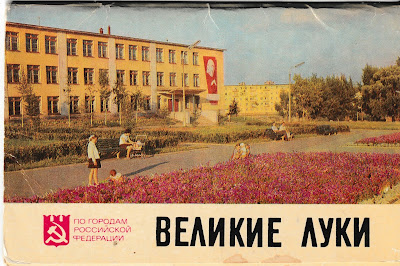 Today we are taking a look at a 1977 Soviet era postcard folder that shows the streetscapes, places of interest and war monuments of the city of Velikiye Luki. Velikiye Luki is in the western Russian district of Pskov Oblast and was the sight of vicious fighting against the Nazis before it was liberated in January, 1943. The fighting was so brutal it was often referred to as the "Little Stalingrad".

The city was totally destroyed.

Despite this devastation it was completely rebuilt in the post-war years and featured many memorials in honour of those who had been lost.

This particular postcard folder was one that I came across at the Russian History vendor booth at the Toronto CNE that I wrote about in an earlier blog. 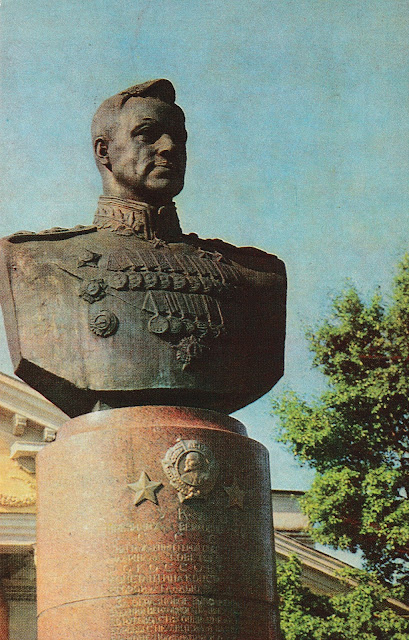 A monument to Konstantin Rokossovsky, Marshal of the Soviet Union, who played a critical role in several of the operations that liberated the Eastern Front from the Nazis. 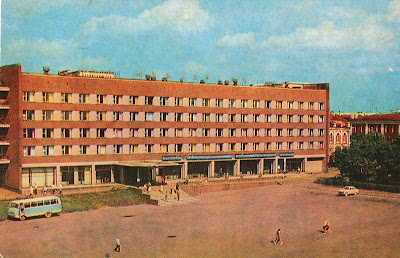 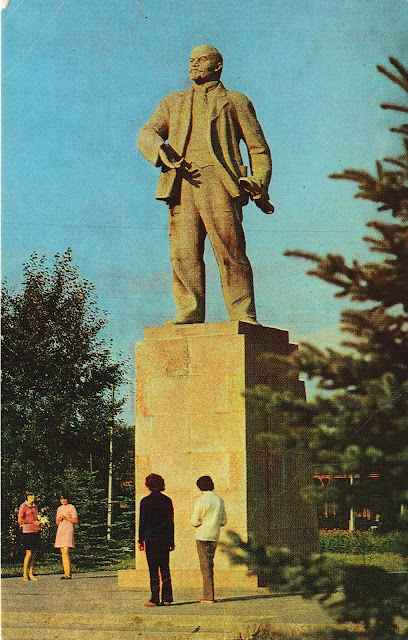 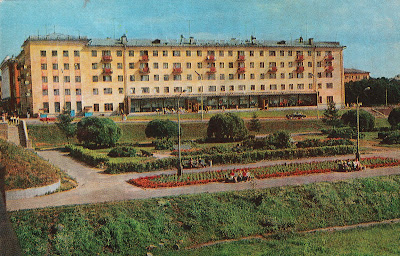 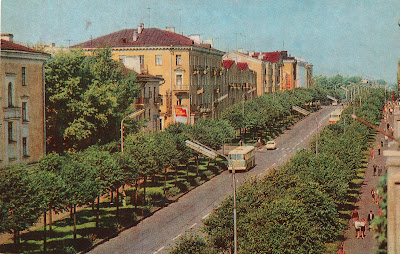 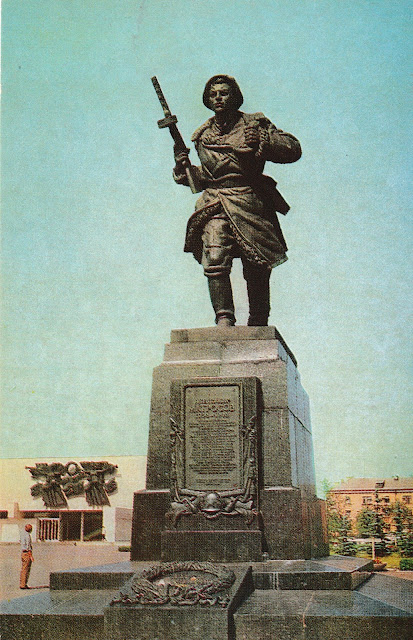 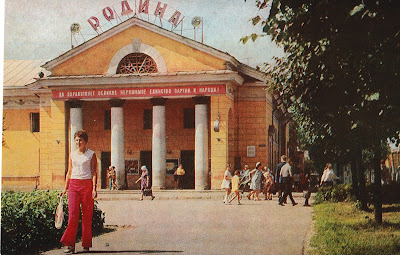 Above: The Motherland Cinema 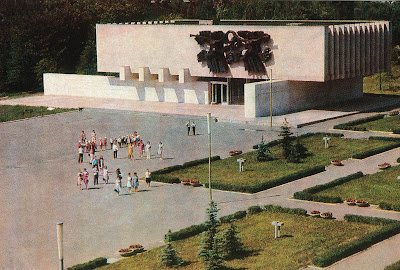 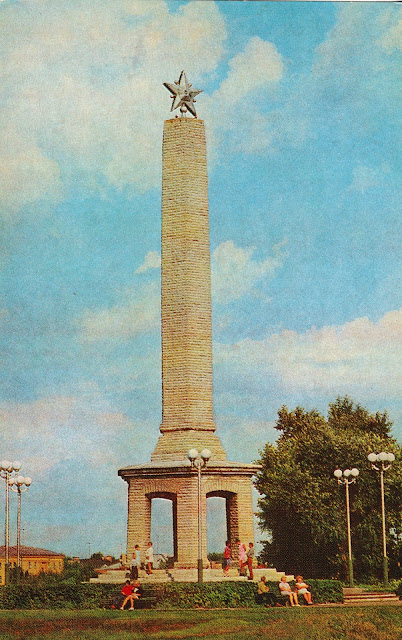 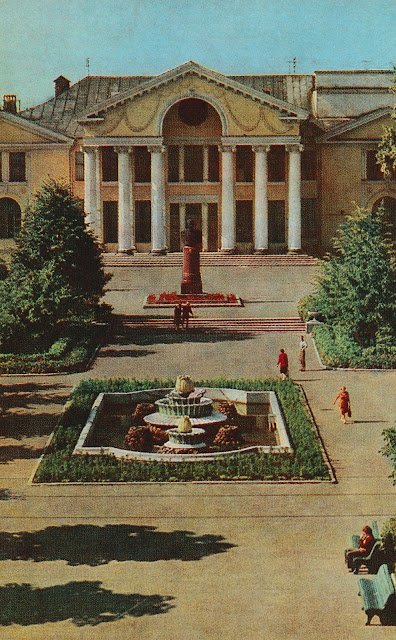 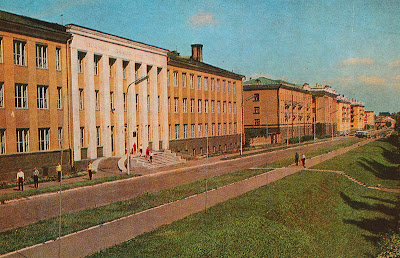 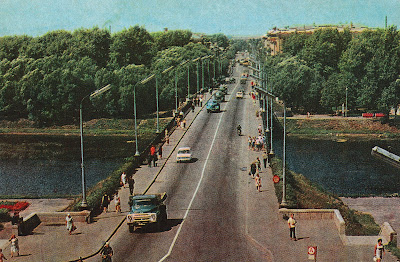 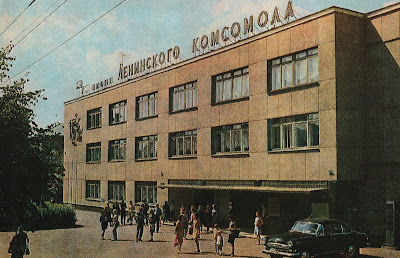 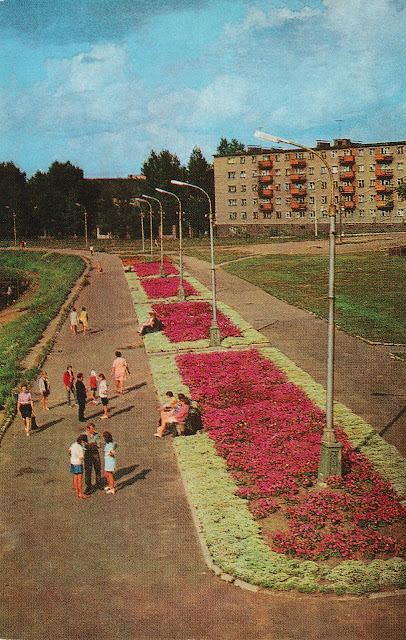 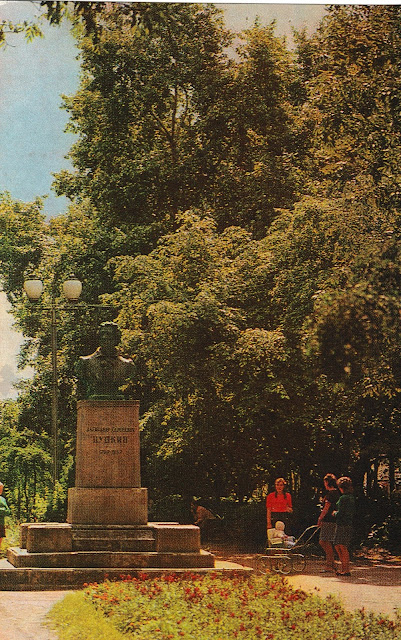 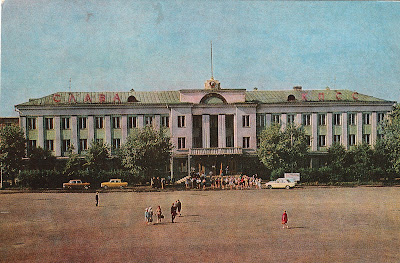 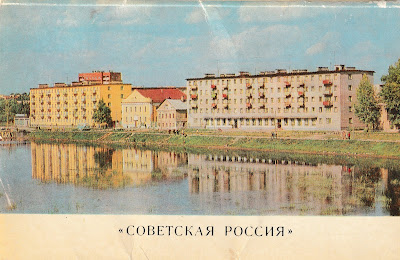