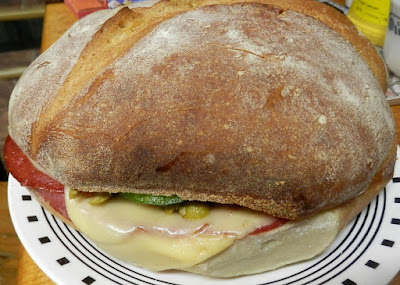 This week I am going to do something a little different for our Left Chapter occasional "Vintage Cookbook TBT" installment.


While The Illustrated Encyclopedia of American Cooking hails from 1986, it is, in reality, more of a throwback to the cookbooks of the 1950's. It has plenty of standard recipes, but it also has a wide array of truly, deeply awful ones -- such as the Superb Sandwich Loaf!

On the other hand, many of the recipes seem to only need a little tweaking. One of those is the recipe 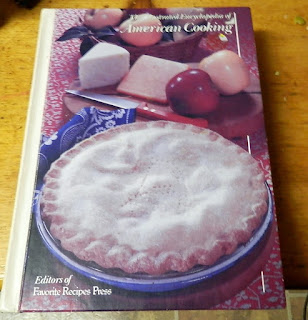 for a huge party sandwich that, for some reason, they called The Oliver.

While the original sounds good -- and looks good even despite the rather terrible photography that also seems to be decades out of date even in 1986 -- I thought a few changes would make it excellent.


This is the original recipe. 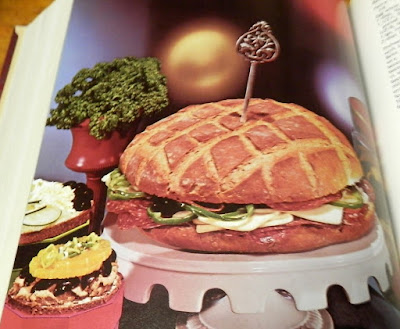 "The Oliver" in its original form. 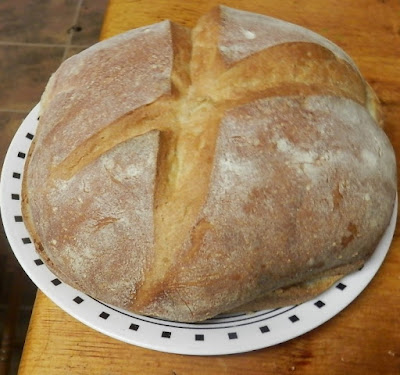 Our take: first, take a round French or Portuguese style rustic bread loaf. 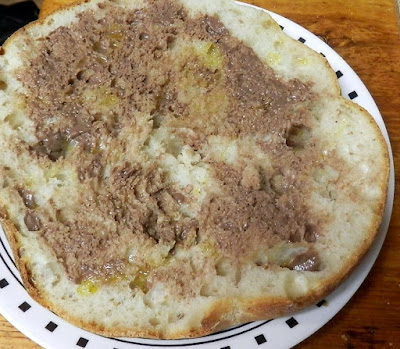 Cut the loaf in half and top the bottom half with a thin layer of anchovy paste. Then drizzle some extra virgin olive oil over it. 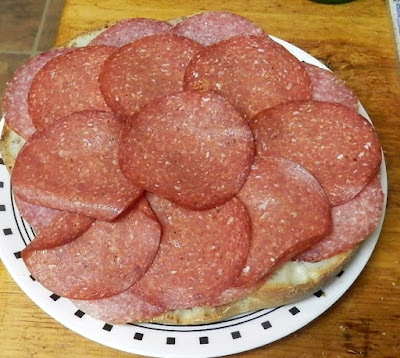 Top this with a layer of salami slices followed by another layer of spicy salami slices. I used German style salami and Mexican salami as the spicy element. 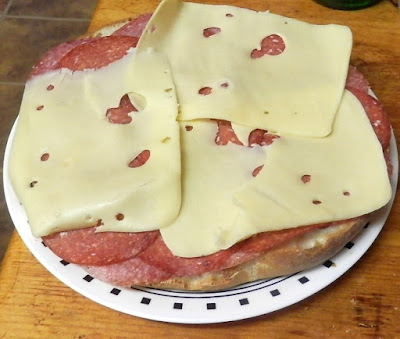 Top with a layer of Swiss cheese.

Place this half under the pre-heated broiler until the cheese melts. 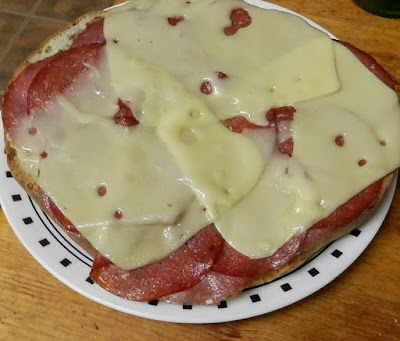 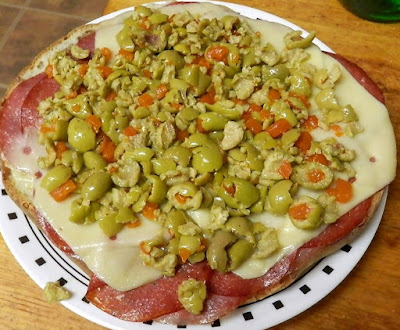 Cover this with a layer of crushed pimento stuffed green olives. 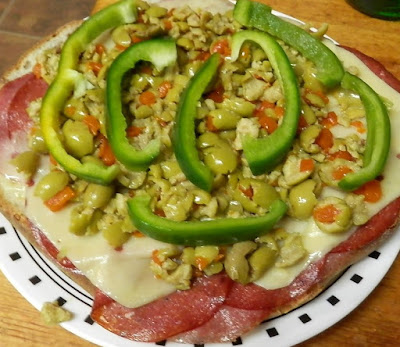 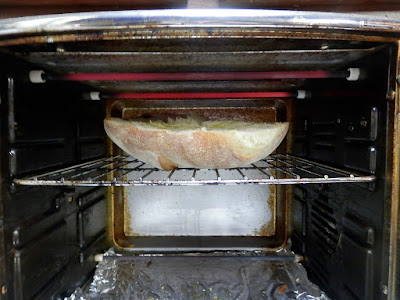 Drizzle some EVOO over the top half of the loaf and put it under the broiler for about 3-4 minutes. 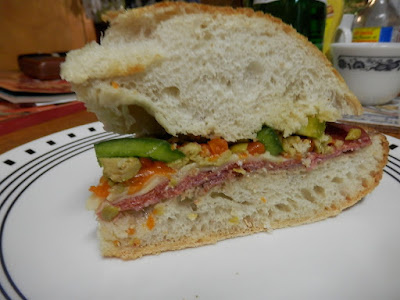 Cut the whole loaf into about 6-8 wedges and serve. 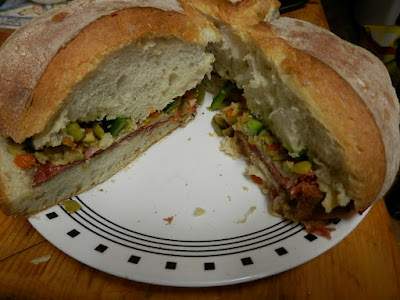 A delicious take on a Throwback Thursday recipe!
Posted by Michael Laxer at 5:52 PM