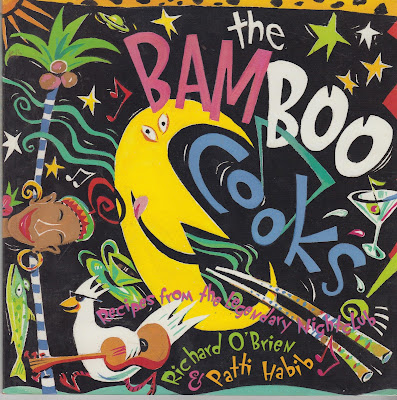 Toronto's BamBoo Club was a much loved fixture of Toronto's music, Queen St. W. and nightlife scene from when it opened in 1983 until it closed to the great sadness of so many in 2002.

As musician, activist and former mayoral candidate Richard Underhill put it in a terrific retrospective about the club written by Denise Benson:

“I miss the food, the Red Stripes, the downtown Caribbean feel, the cultural meeting point and the way your sphincter relaxed when you walked into the place,” he writes. “The BamBoo was a beacon of tranquility in a crazy city, a home to top-quality music and great people, a place where all were welcome and most were cool.”


In 1997 the club's owners put out a really terrific, colourful cookbook that highlighted the BamBoo's really diverse, multicultural and often quite fiery fare!

Filled with many of the patron's favourites this book is well worth tracking down for those who both want a piece of local history as well as some truly superb recipes.

The book opens with a short history of the club and is divided into sections like Sauces, Party Flavours, From the Wok and more.

Today we are sharing the history as well as, among other things, a jerk and hot sauce recipe, the recipe for their justly popular wings as well as the recipe for what they say was their all-time most ordered dish, the Thai Spicy Noodles.

If I could I would share the entire cookbook! But some of the many great recipes left out may be making an appearance down the road. 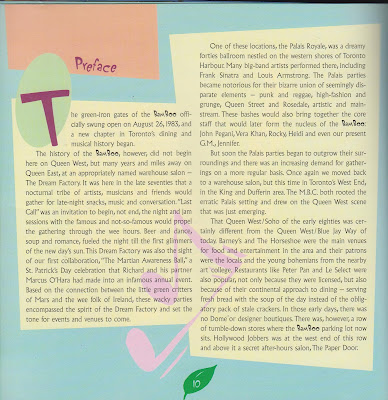 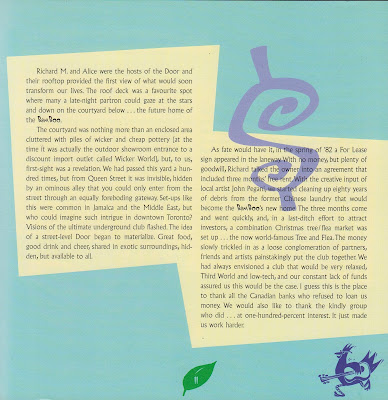 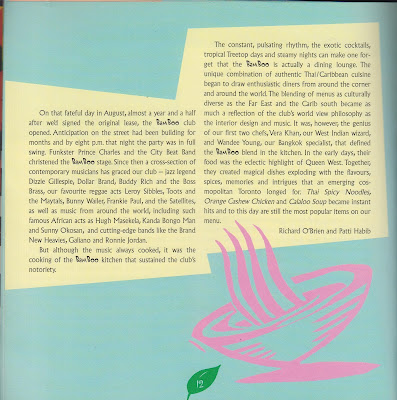 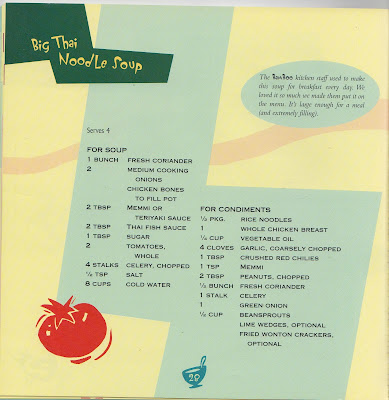 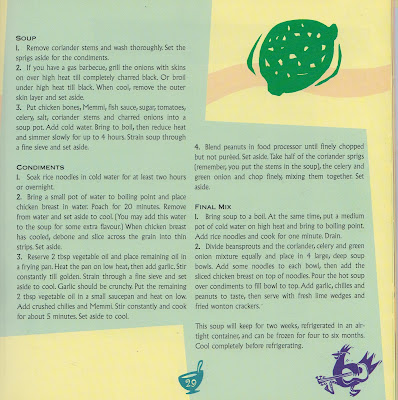 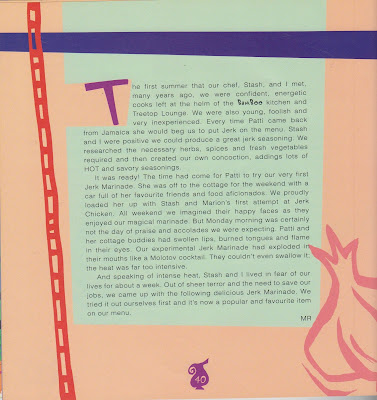 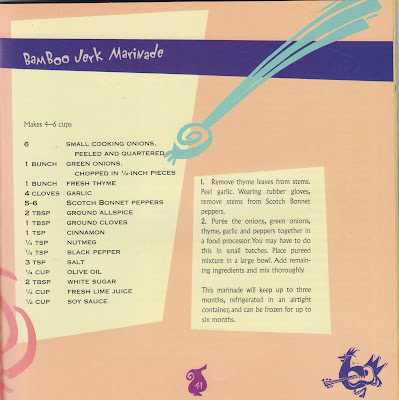 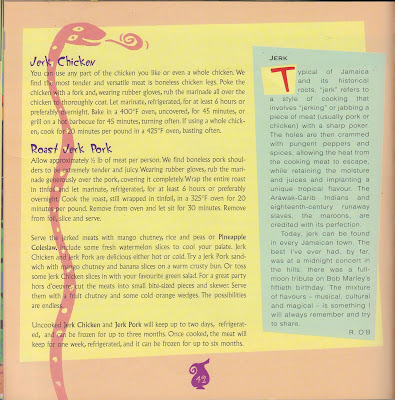 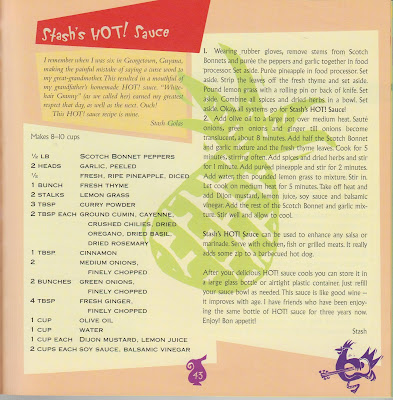 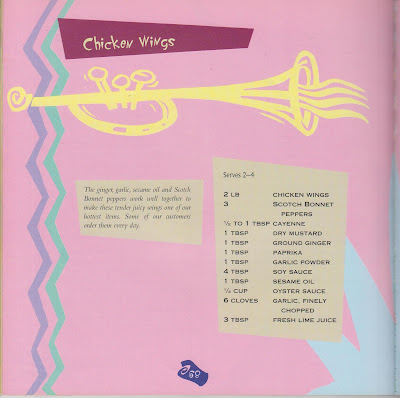 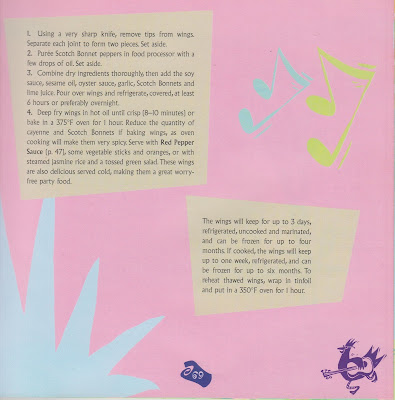 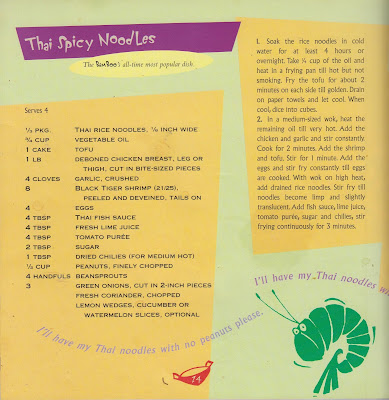 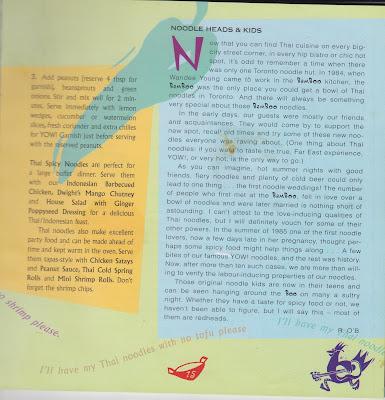 Posted by Michael Laxer at 5:34 PM