In praise of the "social justice warrior" 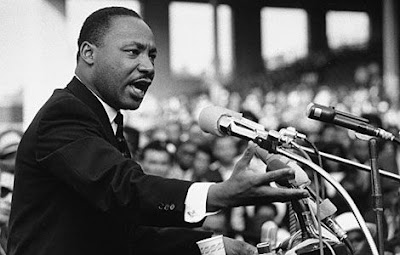 Have you heard lately about some "social justice warrior" hysterically standing up against sexism, racism or some other oppression that a wide variety of people seem to think we should all be more polite and demure about opposing if we can be bothered to at all?


Well, of course you have. The term social justice warrior is the new version of the old "politically correct" canard. It has become pervasive.

Like the term "politically correct" the origins of "social justice warrior" are entirely reactionary.

As the misogynist keyboard militants that were spawned by Gamergate sat in their dad's basements furiously ranting at and threatening women who sought to make gaming more inclusive and who exposed its base, pervasive and juvenile mindless sexism, one of their number or of their allies in the pathetic "Men's Rights Movement" spawned this new phrase as a label to attack them. Apparently they viewed their opponents as some threat to their truncated and ugly, toxic vision of "masculinity",

It was an interesting choice of words.

Social justice, as a general rule, is not seen as a negative thing other than perhaps by unrepentant white supremacists, old line conservatives, Republicans, fascists and other assorted detritus of the decline of the white male political hegemony of the 20th Century. And being a warrior -- well that is generally how these sad types see themselves when they play World of Warcraft 57 or Grand Theft Auto Version Who Gives a Shit or whatever other fantasy of death and destruction floats their boat.

The "social justice warrior" was now a negative. Being a fighter against injustice was now framed as somehow shrill or elitist or privileged.

Reality, as it so often is by the right, was turned on its head. Ours is a society of racism, sexism and inequality as institutions, and yet opposing any of this was really what was the issue.

But something happened on the way to the Comic-Con convention. Suddenly it was not the predictably useful idiot fellow travelers on the right using the term, but lefties were tossing it around in their debates as well.

Shell-shocked from decades of irrelevance and infighting there is little some wings of the left seem to love more than expropriating the language, framing and contempt for other leftists that their alleged opponents on the right hold.

Perhaps they seek approval. Perhaps it is an inferiority complex. Who knows?

Either way use of "social justice warrior" as a pejorative has made its way fully from Men's Rights fringe commentary, to mainstream enough to make it into the Oxford Dictionary lexicon, to being tossed all over the place by people who should know better.

Why should they -- or you if you are using it -- know better?

Well that one is easy. There is absolutely nothing fucking wrong with being a social justice warrior.

Nothing. At all. Period.

In fact, if you have done enough to earn such high praise you should be very proud. You are in truly courageous company. Social justice warriors over the course of history have been just that. The human embodiment of courage, fortitude and strength.

There are many others, though also altogether too few. Including many millions whose names will never be known who stood up when it mattered and were counted in the tremendous and broad struggle for human emancipation. often paying with their lives.

They were all social justice warriors.

It is a sad commentary and sad statement when this can, somehow, be seen as an insult.

A testament to our frivolous era of supreme self-indulgence and a pathetic pseudo-hipster pose of studied indifference and scorn for people who care about something more than whatever the new idiot viral video of the day is or worrying about whether condo fees are going to increase.

This rank intellectual emptiness and capitulation to ugly narratives has reached its pinnacle in the turning of a phrase like social justice warrior into an attack. Re-framing a collective history of struggle and sacrifice and those who fight for equality and justice today as somehow doing something odious or wrong, and doing so by using what should be a badge of honour, as a simplistic and bullying derisive instead.

That so many people see the idea of being someone fighting for social justice as a bad thing is both deeply depressing and an indication of just how pervasive reactionary thinking still is across society.

Any of us should be proud to know and be associated with activists engaging in the very difficult task of fighting for social justice. I admire them and their efforts.

And if you think this is somehow a bad thing...what the fuck is wrong with you?

See also: The myth of the leftist, feminist, anti-racist, elitist