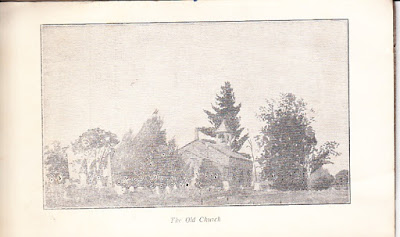 Today we are going to take a look at a truly remarkable piece of both Toronto and Etobicoke local history.

Published in 1927, this small booklet related the first century of Christ Church in Mimico -- an Anglican church that was built on what is now Royal York Rd. and the final incarnation of which burned down in 2006 (though an historic cemetery that was adjacent to the church remains.)

While it is the history of the church and parish, it is also a history of the early days of South Etobicoke and tells of some important formative moments in the evolution of the communities of Mimico, North Toronto and Long Branch. 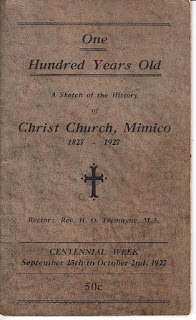 The booklet was divided into three broad sections with the local history, a memorial page for those who died in World War I and then some brief biographical sketches of the church's first rectors and some prominent early laypeople -- including the very important local politician and personality, John William Gamble.

Here we are featuring the history. It includes how the Township of Etobicoke began with land grants to former soldiers among which was a 1200 acre one to Col. Sam Smith for whom the spectacular lakefront park at the foot of Kipling Ave is named. It talks of the origins of Mimico, how it supposedly got its name and also relates how Mimico was at one time envisioned as a "model working man's village" that was to be built along the railroad from Toronto to Hamilton -- as you walk along Mimico Ave. which to this day lies just south of these rail tracks you can see how Mimico as a community grew out from this.

The grounds of the Christ Church and it cemetery lie just to the north of these same rail lines and can be seen as you exit the Mimico Go station.

Just shy of ninety years from this first centenary, of course, Toronto has expanded to engulf these former satellite towns that now are not even suburbs anymore. While no doubt to those writing and reading this history in 1927 it would have seemed South Etobcioke had already evolved greatly, it has changed far more dramatically still since. 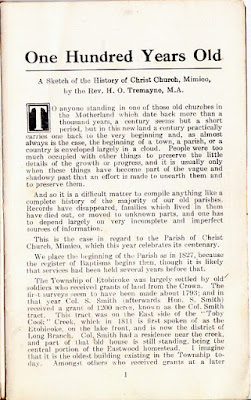 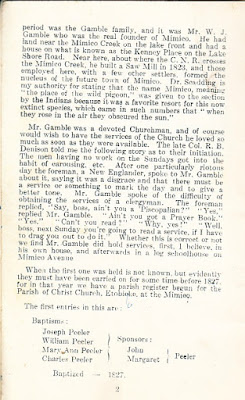 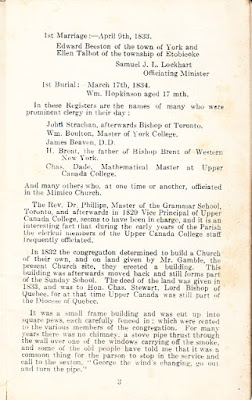 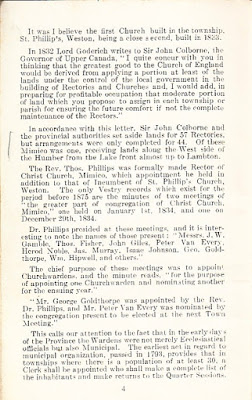 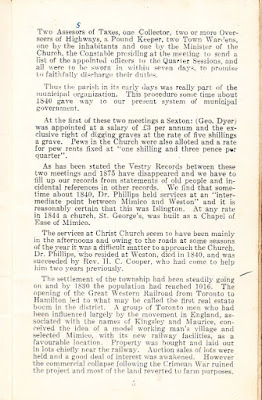 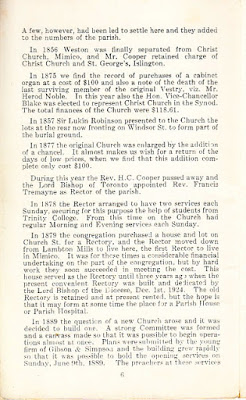 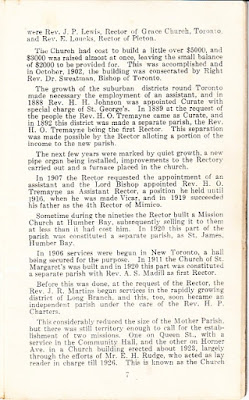 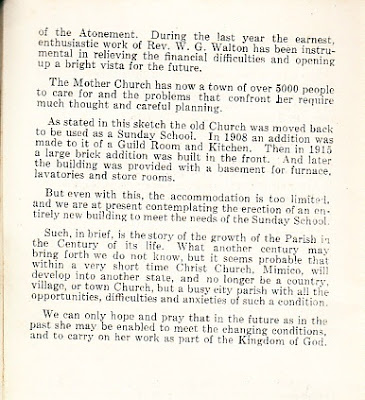 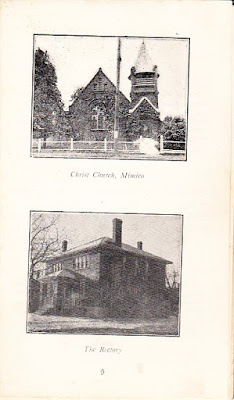 See also: A Walk in the South Etobicoke Snow

See also: "Stories about working at the Goodyear Plant in the Lakeshore, as told by workers" -- A union remembrance