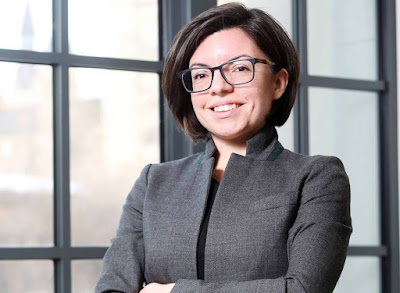 Are people really attacking Niki Ashton for taking down a meme due to an objection from Black Lives Matter Vancouver? Apparently, in yet another example of misplaced and wasted outrage serving a right-wing narrative about the chimera of "political correctness", they are!

Ashton has said that she regards the Black Lives Matter movement as an inspiration and an example, and, in that context, when there was an objection made to something her campaign had done by activists in Black Lives Matter Vancouver she acted as one who really meant this would and showed respect by simply deleting the meme instead of trying to dispute their sentiments or pick a fight about it.

This seems pretty logical and reasonable to me and all the sighs and raised eyebrows on the left are a bit puzzling. I expect that from the right, but her desire to show solidarity does not strike me as something worthy of taking the time and effort to critique even if you do not fully agree with it.

I mean seriously, I just don't get it. She has publicly stated she wants to be an ally to the BLM movement, so why would she not reflect this by listening to what they have to say?

What, exactly, is anyone on the left objecting to?

This is a non-issue and was totally up to her and her campaign. What principle is allegedly at stake or has been violated by her campaign's decision?

I think she should be proud of being willing to put the views of others ahead of her own minor campaign slogans, which is all this was. We are not even talking about policies or platform questions, simply a meme.

At any rate, she was then pilloried not just by some lefties who should really know better, but also by all the usual "anti-politically correct" folks on social media in idiotically over-the-top ways. In my books though, if Men's Rights apologist hacks like Robyn Urback are making fun of you, then you were almost certainly right to do what you did.

Remember that, as always, so many of those quick to get on a bandwagon like this also felt that Pride Toronto was wrong to ultimately support the BLM Toronto demand of keeping the police out of the Pride parade. They simply oppose the BLM activists and their movement and tactics altogether and usually deny that the reality of systemic racism and that the concerns and demands that flow out of this movement are in anyway valid. They are looking to do this as part of a broader campaign of making the concerns of racialized communities and activists appear frivolous.

It is simply a bonus if some lefties play along.

Ashton dealt with objections raised by a BLM group in a respectful and reasonable way. This does not deserve criticism but rather praise and manufacturing an "issue" out of it is a textbook example of trying to portray making an effort to be receptive and open as a weakness and a 'capitulation' when it is really a strength and a sign of commitment to her own self-proclaimed ideals.

See also: You cannot 'discriminate' against the police. They are agents of discrimination.

See also: Black Lives Matter is right -- The police are the oppressor
Posted by Michael Laxer at 5:53 PM