Shades of Grey -- A Left Chapter look at strategy, tactics and endorsements in the 2015 election 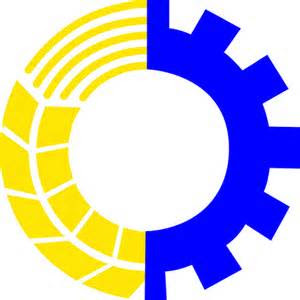 With just under two weeks to go until election day, anti-capitalist leftists are in something of a quandary.

There is, simply put, no anti-capitalist party that has any chance of electing even a single MP in the upcoming election. Even worse, while the NDP has made it perfectly clear that it accepts capitalism as an economic system not just in the short-term but in perpetuity, it has also run the most craven, reactionary, bankrupt and meaningless campaign in its history.

From its terrible "small business" tax cut plan, to its disastrous tactically, absurdly reactionary and backward "balanced budget" pledge, to its leader's praising of Margaret Thatcher, to its plan to increase police funding, to its arbitrary blocking and banning of certain candidates while allowing the candidacies of others to proceed, and on and on and on, the NDP has run a terrible, right-wing campaign even by its own standards and even within its own self-imposed limitations.

While the notion that the Greens are somehow "conservatives with composters" is an absurd NDP hack myth (in fact, by today's standards they have a very progressive platform -- more so than the NDP's) and while Elizabeth May has been the most principled and interesting progressive leader all year (standing up for the repeal of Bill C-51 long before Mulcair for example), the Greens are also, ultimately, at best mildly social democratic.

The Liberals are the Liberals. While it is simply asinine to claim, especially now and especially after a campaign like this one, that the Liberals and Conservatives are "the same", as some dim-witted partisans of the NDP frequently do, they are an inherently Bay St. party and represent simply the socially, and to a very small degree economically, more progressive wing of the bourgeois capitalist elite.

But make no mistake, the Liberals are very different from the Conservatives. On fundamentally important social, justice and foreign policy issues the differences are profound. Again, while some NDP hacks will attempt to point to Ontario as an example of how the Liberals govern like Conservatives, after allegedly running to the "left", due to Wynne's wrong-headed moves to privatize Hydro, they disgracefully leave out the many other profoundly reactionary plans the Conservatives had in store for the province  had they won as well as the vast gulf that separates the parties on social issues.

It is, especially in light of just how reactionary and dangerous the Harper Conservatives are, totally and shamefully wrong to try to paint the Liberals as identical to them. It is not simply delusional. It is stupid and harmful.

It is not, ultimately that the Liberals have changed that much. But the NDP certainly has. To see it as being anymore likely to run a left government than the Liberals strikes me as both utopian and flying in the face of all evidence and logic.

This leads us to the reality of just how bad the Harper government is. We all know it. It has done great harm over the last four years.

If re-elected it will do a great deal more harm.

So, apologies to Lenin, what is to be done?

To me this needs to be broken down into three categories.

There are a handful of candidates who, in my opinion, deserve to be supported irrespective of other considerations to come.

Elizabeth May is needed in Ottawa. Full stop. She is easily the most interesting of the three bourgeois progressive leaders, has been very principled and is, also, the "strategic" choice in her riding as the incumbent. Why would anyone on the left want to see her voice no longer present in parliament?

Dan Harris deserves support in Scarborough Southwest due to his opponent -- the odious former Toronto police chief  Bill Blair. A staunch defender of carding and one of the architects of the G-20 Toronto human rights debacle and outrage, his defeat would be a repudiation of this history. While it is true that, disgracefully, the NDP courted Blair as a potential candidate, the fact remains that only NDP incumbent Harris can defeat Blair and here is hoping that he does.

Jacob Kearey-Moreland, who was disgracefully barred from running for the NDP for the most absurd and Orwellian reasons, deserves support in Simcoe North if only to send a message that the undemocratic practices of the mainstream parties internally are wrong. He also has a terrific set of new and interesting ideas that should be heard and considered.

For all of the reasons outlined above in the introduction, if your primary electoral goal is, honestly, to Stop Harper, then there is no logical or moral alternative to strategic voting.

If you genuinely believe that the differences between the tweedle-dees and tweedle-dums of the progressive parties are so significant that you must vote for one of them in any riding no matter what, that is fine. But do not then claim to be trying to stop Harper as you are not.

We all know there are ridings where one of the mainstream progressive parties cannot win.

If stopping Harper is what you want to do, and it is a perfectly understandable and reasonable objective for a leftist of any stripe, then by now you likely know exactly who is the most likely candidate to win between the Liberals, NDP and Greens where you live and you should vote accordingly.

In the many ridings where the races are between two of these progressive parties, vote however you want.

While I am not a Leninist, the Communist Party has run a terrific campaign with very limited resources and has done so on an excellent platform. Their candidates are dedicated and articulate anti-capitalists and supporting them would send a very clear, very unequivocal message of discontent and opposition to the mainstream capitalist discourse.

If you have no Communist Party candidate, if there is another anti-capitalist candidate or an independent worthy of consideration, then by all means vote for them.

But it is also perfectly reasonable to conscientiously abstain from the whole process.

Despite absurd and reductionist arguments to the contrary, if you do not feel represented at the polls, and if you do not want to reward the craven emptiness of the mainstream parties with your vote, not voting is a totally logical response.

It is a rejection of the entire process. Of course, I do not suggest a passive abstention. Let people know exactly why you are staying home.

And be sure to let the candidates of the mainstream progressive parties know as well.

As to ridings where the Conservatives can win, then you have to make a choice. In my riding, for example, the only candidate who can defeat the Conservatives is a Liberal. The NDP and Greens have no chance at all. I personally cannot vote for the Liberals. So it is a choice we then have to personally make in that case and it is not necessarily an easy one.

No matter how, ultimately, you chose to cast -- or not cast -- your ballot, never has the need of a new, actually leftist electoral alternative alliance of anti-capitalists been more clear.

Despite all the obstacles, let us hope that we find a way to work to create one in the aftermath of 2015.

See also: Do we really want to Stop Harper? The year ahead in progressive partisanship

Posted by Michael Laxer at 5:25 PM