In defense of the non-voter 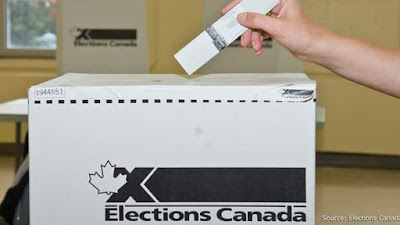 It's a familiar theme around election time. You're talking with someone about the candidates on offer. You discuss the few strengths and many weaknesses of each party. You talk about how useless they all are; how meaningless your one vote is; and how none of the parties seem to actually be standing up for everyday people like yourself. Inevitably, you arrive at the same conclusion you always do: you'll line up, grit your teeth, and vote for the least objectionable candidate you can. Disappointed, but proud to live in such a vibrant democracy, you go down to your local polling centre and vote for yet another wealthy, boring and totally inoffensive lawyer/business owner. Your job is done!

Or is it? Is a single vote, every four years, really the most involved we can be in the governance of our own lives? Like a bad cold that you can't kick, every election - at every level - saturates us with messages about the shame associated with not voting. We are told that our brave ancestors (typically, soldiers and white politicians) fought and died for us to be able to line up and cast a ballot. I myself have been persuaded by this very logic. The first election in which I was eligible to vote was the Toronto municipal election of 2010. Thoroughly unimpressed by the big business candidates, Rob Ford and George Smitherman, I checked out Joe Pantalone. As the consensus left-winger, he must have had some great ideas, right?

Wrong. Here was a desperately uninspiring candidate, complete with the usual platitudes about partnering with industry and "greening" Toronto's economy. I made my mind up not to vote, only to be rebuffed by several friends. Not only did I cave to them, I fell prey the (very effective) campaign put on by Smitherman to position himself as the "anti-Ford." To my shame, then and now, I cast a ballot for a Bay Street blowhard. I truly understand the tactical (and occasionally moral) imperative of strategic voting. I get why people will vote "Anything But Harper," just as I voted "Anything But Ford" in 2010. But I think there needs to be room in the strategic voting conversation for the large number of us who don't want to vote, for any number of reasons.

At dinner last week, my mother - a nurse - asked us who we were going to vote for, and would any of the parties be expanding health care funding? Our answer, of course, was a resounding "no." My brother stated that he was going to vote Green because of their plan to eliminate tuition for post-secondary students. It's a fine, principled reason to vote, and one for which my brother should be proud. My sister simply expressed the view that she would not be voting NDP, and left it at that. I told my mother that I would not be voting, to which she expressed very visible shock.

A few nights later, I asked my sister why she wouldn't vote for the NDP. She told me that it was because I had expressed very vocal opposition to the New Democrats. I expressed the view that no one should vote a certain way because of something that someone else tells them. I suggested that she do some reading on which candidates she liked, or which policies she wanted to see implemented. She responded that she didn't want to bother with politics, because whatever the outcome, there was no party that could truly be trusted to stand up for regular people. That was probably the most politically astute thing I've ever heard her or anyone else say. I told her I agreed with her 100%, and that it was a totally reasonable position from which to not be politically engaged.

My sister may not realize it, but she was reflecting a very important and difficult political truth. Even though she couldn't give you a basic history of Canadian socialism, or tell you what the neo-liberal assault is, she can speak to those truths within her own life. She is so far removed from mainstream political discourse, her values so different from those of the political elites, that she simply tunes our politics out. And she is perfectly justified in doing so. She's not bored, or stupid, or apathetic, or any one of the million insults hurled at the nearly 50% of people who refuse to vote. She is hyper-aware that her concerns, whether economic, social or cultural, are irrelevant to mainstream political elites. Her refusal to engage is a reflection not of ignorance, but of the recognition that she, like nearly all of us, is politically and economically disposable.

Working class people, social assistance recipients, immigrants, queer and racialized people, and especially women...these are all groups that are simply not being paid attention to by any of the mainstream, capitalist political parties (with the occasional exception of the Greens). It simply does not fit the mold of our current politics to talk about opening more shelters for rape victims, or building public housing for the homeless, or allowing more refugees to cross our border. Why on Earth should these groups of Canadians vote in a general election? How, exactly, will an NDP and/or Liberal government benefit them? Will their eye and dental care magically be paid for by a government that has no interest in it? Will their relatives in war zones now be able to come to Canada in search of a better life? The answers are obvious.

One of the more vile justifications put forward for continued participation in our ridiculous election pageants is the idea that if you don't vote, you have no right to complain. This is deeply offensive on several levels. First, the idea is ridiculous on its very face. As a matter of basic human rights, you have the right to express your distaste for government policies, cultural ideas, and so on. Whether or not you cast a ballot - one out of millions - has no bearing on your right to do so. Then there is the truly unnerving conception that voting for a political candidate is the height of democratic expression. Elections matter, it is true, and anyone who feels so inclined can and should vote for a candidate they believe in, or against a truly despicable figure like Stephen Harper. But what about people's movements like Occupy and Idle No More? Are they not expressions of democratic will? What about the groundswell of opposition to Rob Ford's plan to close public libraries? Maybe it's just me being a utopian, but I thought that that battle was the most inspiring and important in the recent history of Toronto politics. The opposition worked, as it has around the world, all without casting a single ballot. Democracy means much, much more than the name you tick off on a piece of paper every few years.

As for my own political circumstances in this election, the choice has actually been relatively hard. I would, of course, never vote either Conservative or Liberal. The Conservatives regularly poll at about 5-8% in my riding, Toronto-Danforth, and haven't been competitive here in fifty years. The battle, as usual, will come down to the NDP and Liberals. My local NDP MP, Craig Scott, is actually one of the more principled figures in the House of Commons. He has worked tirelessly on issues surrounding Canada's queer communities, as well as working for democratic reform. Scott has worked internationally in human rights law, and should be respected for his principles and contribution to justice. The local Liberal candidate, Julie Dabrusin, is a neighbour of mine and a pretty typical Liberal. She was once a corporate lawyer, and is an active parent at the school her children attend (which I once did, in fact). She seems to be a decent enough person, if a tad unprincipled. For both personal and political reasons I cannot vote for her.

My plan is to watch the local polls closely and see how tight the Liberals make the race in Toronto-Danforth. If there is any doubt of Craig Scott's victory, I will grit my teeth and cast a ballot for him, but not his party. It's a subtle distinction, but one that is important. The circumstances in your riding are likely much different than mine. I urge you to take all issues into account, and vote how you feel.

If that means sitting it out, know that your choice is valid. One day your voice will be heard again when we come out of the wilderness of our ugly politics.

A.M. is a writer in Toronto.

See also: Shades of Grey -- A Left Chapter look at strategy, tactics and endorsements in the 2015 election

Do you have a left point-of-view or opinion, a recipe or a story you want to share? Send them to The Left Chapter via theleftchapter@outlook.com!
Posted by Michael Laxer at 5:25 PM