No. Misogyny towards Hillary Clinton or Ann Coulter is not OK 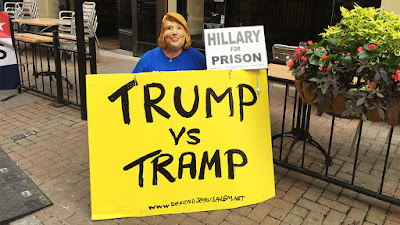 A funny thing sometimes seems to happen on the way to the dorm room revolution.

Otherwise apparently well adjusted leftist or liberal dudes (and, of course, some women as well) seem to suddenly decide that misogynist language/memes/rhetoric are just fine because the target is a politician they don't like like Hillary Clinton or, in the case of Ann Coulter, a far right commentator who is deserving of contempt, but just not for being a woman. 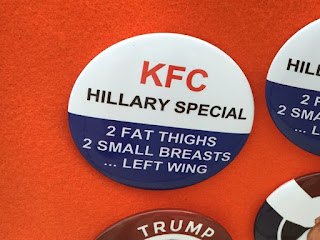 After the recent TV roast of Rob Lowe (a supposedly liberal fella whose credits include videotaping himself as a 24 year old having sex with a 16 year old at the Democratic National Convention in 1988) many seemingly took great joy in seeing vicious and misogynist "jokes" and insults hurled at Coulter, even when delivered by folks who seemingly have a proven track record of actual sexual abuse of women like Peyton Manning.

“Ann Coulter is one of the most repugnant, hateful bitches alive – but it’s not too late to change, Ann. You could kill yourself.” – Jimmy Carr 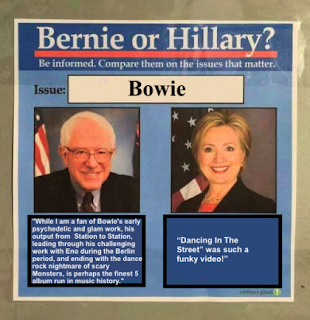 “Ann seems stiff and conservative, but she gets wild in the sheets – just ask the Klan.” – David Spade

:As a feminist, I can’t support everything that’s being said up here tonight. But as someone who hates Ann Coulter, I’m delighted.” – Jewel

That was the relatively tame stuff.

The irony is that for all the sanctimony in defense of the attacks on Coulter the jokes that the show's male writers wrote for her to deliver (and that she did not) were also appalling:

Ralph Macchio‘s first-ever credit was in the movie, ‘Up the Academy,’ playing a character called Chooch Bambalazi. Are you serious? Even Donald Trump thinks it’s too racist to call a wop Chooch Bambalazi.


That would be like if Jeff Ross‘ first credit was a character named Mosha Gefilte Fish Streisand Sixmillionberg. And before you ask, Jeff, I wouldn’t f— you with Hillary Clinton’s d—. 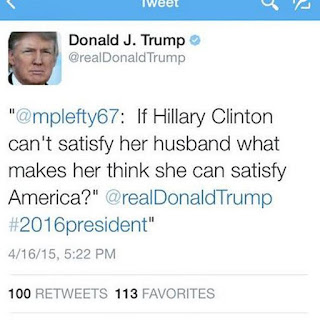 It is good to know what appear to be dimwitted bigots are hoping another alleged bigot will joke about on TV.

I know all the classic lines which are that Coulter dishes it out herself or that Coulter somehow deserves it as she too is incredibly ignorant but that is not the world of the supposed left that I care to live in. It is not just simply that "two wrongs don't make a right", as your mother correctly told you years ago, it is that male and female commentators and politicians on the left, right or in the center have never been treated remotely equally to begin with. 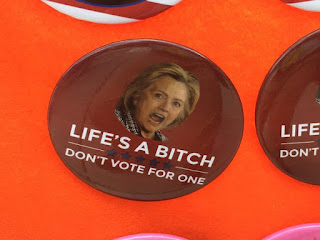 Where we really see this is with Hillary Clinton. I am not a fan of Clinton as I have made rather abundantly clear on this blog. I group her with the Obamas and Trudeaus of the world and expect another murderous faux "progressive" regime from her should she be elected.

But there is absolutely no doubt at all that Clinton is facing a misogynist backlash and that much of the ridicule directed at her by both the right and the left is overflowing with sexism and backward opinions about women.

Riddled with a terminology and ignorance that would never be directed at men. 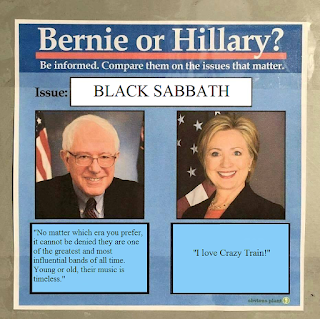 It is both very easy to prove this and very humorous to watch fellas get their backs up about it when called out on it.

I have posted some memes here, and could post countless more attempting to belittle her or portray her in overtly sexist ways.

But in a way, why bother? Only the willfully blind do not realize that this is happening and that it is widespread.

As a leftist simply ask yourself this -- Do you doubt or deny, given the nature of systemic racism in our society, that Obama was, has been and is a target of overtly racist commentary and vitriol? 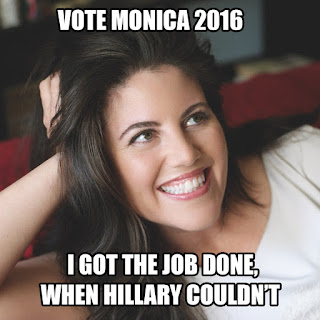 Of course you don't.

And you should not doubt that Clinton faces an exactly analogous type of vitriol due exclusively to the fact that she is a woman.

If you do doubt that, then you are really just a sexist pig playing at being a leftist.

There is, apparently, a lot of that going around.

It is a must if we are opposed to sexism and systemic misogyny as opposed to simply paying lip service to it when it suits us.
Posted by Michael Laxer at 9:52 PM