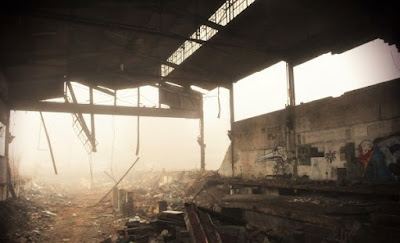 I was there when Rome fell

At those final games

Cynthia is talking sin and sadness

John is passed out

It was seventeen days since it all shut down

Ten years on that fucking line

You can hear the echoes across Seventh St. and Sydney is sitting at the bar with a full bottle of Jack

But I know it is not

Cynthia is calling me and I can hear the phone but I am walking across the hallway wondering how can it possibly be the year 2000 but I never got that fucking degree did I she laughs as Drew tries to kiss her at that bar we used to go to Pink Floyd playing and I am feeling dizzy, dizzy, dizzy as the cover band wraps up and I wonder

Why did I waste all that time

When they pull the rug out from under you

Why did I waste all that fucking time

Rain is starting to fall

I was there you know

I was there when they held those final games

Posted by Michael Laxer at 8:44 PM