A Program for Vancouver by Alderman Harry Rankin - 1960s 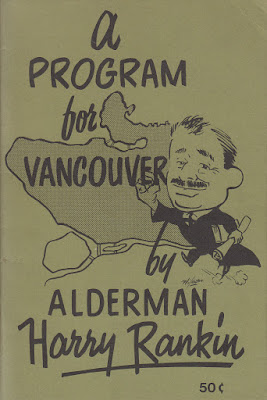 Today we are going to take a look at a remarkable piece of Vancouver political history.

The impact of Harry Rankin on the evolution of municipal politics in post-war Vancouver would be hard to overstate. Rankin served as an alderman from 1966 until 1993. He was involved in the formation of the Committee of Progressive Electors (COPE) and ran, unsuccessfully, for Mayor in 1986 losing to future right-wing British Columbia Premier Gordon Campbell.

Rankin joined a Communist club when he was at university and, as a result, faced a challenge when he tried to become a lawyer in the 1950s. Due to anti-democratic McCarthyist laws, rules and blacklists that existed across North America at the time he was essentially put on trial before being allowed to join the bar in BC.

This leaflet was published as Rankin was running for re-election for the first time after having been elected to city council in 1966. When he had been elected he had broken a near monopoly that right-wingers held on council seats due an undemocratic voting system and to the Non Partisan Association which, as he notes in the leaflet "had dominated City Hall for over 30 years".

The leaflet is an amazing document. It is a veritable manifesto that touches on all aspects of civic policy from taxes to transit to tenants. He talks about Vancouver's 'housing crisis' (it had one then too), calls for Vancouver to establish public utilities, demands more public rapid transit with lower fares, and deals with an array of other issues, all while juxtaposing his people's agenda to the big business agenda that dominated civic politics.

He even has a fascinating section that asks "what will Vancouver be like in 1985"! 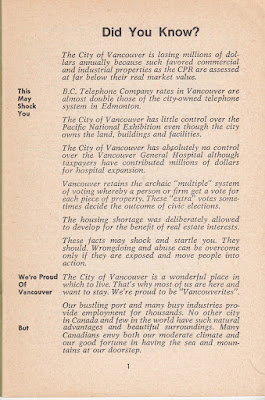 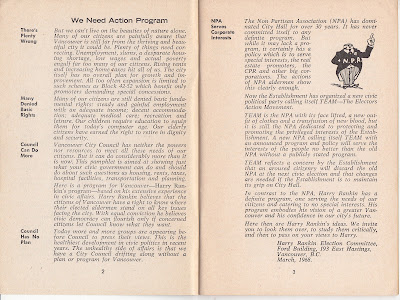 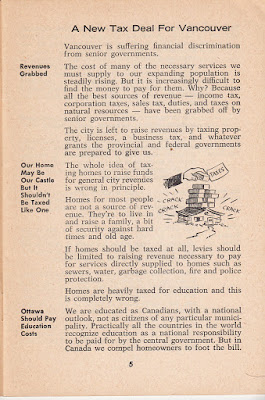 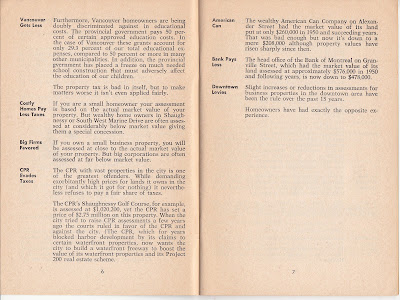 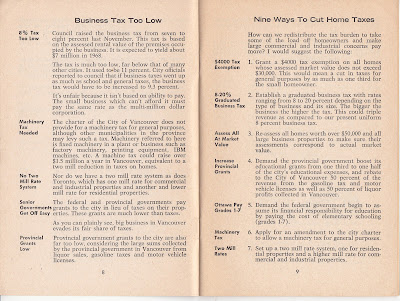 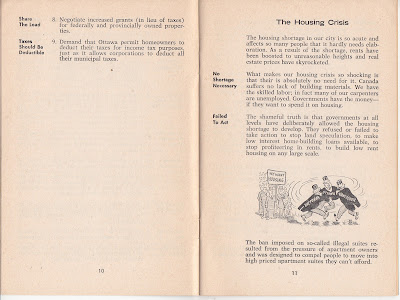 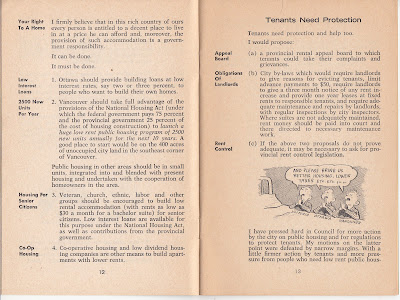 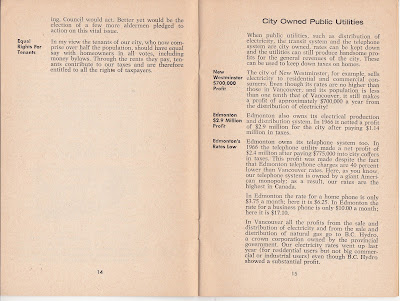 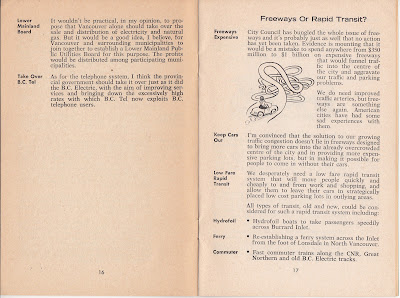 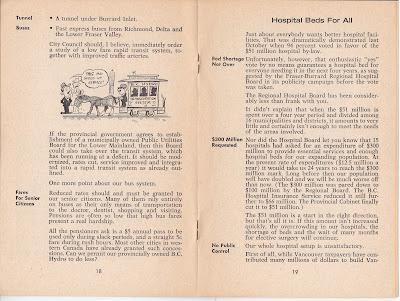 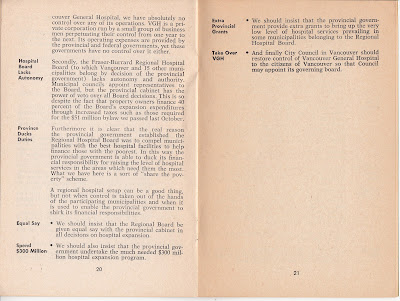 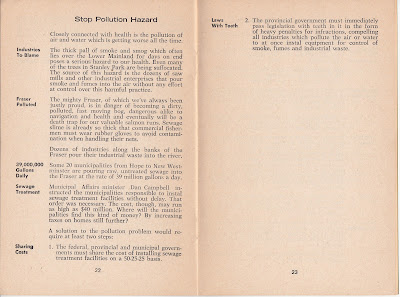 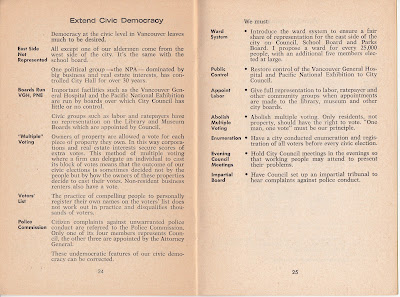 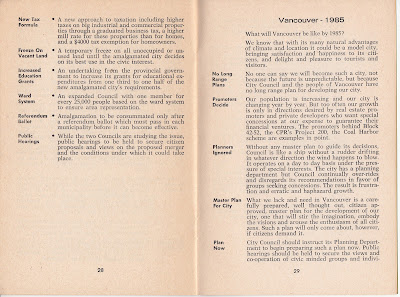 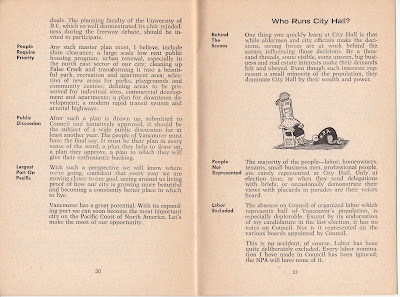 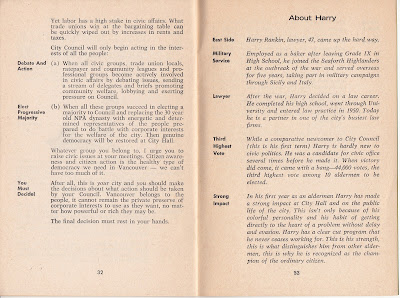 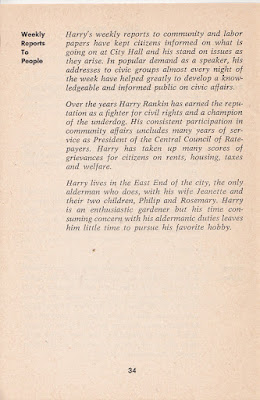