Health Insurance Now! - A look back to before universal health care in Canada 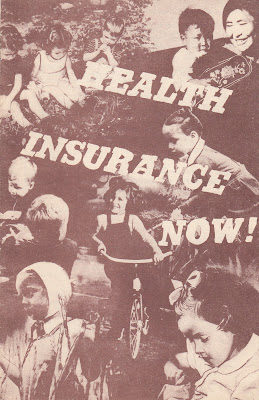 While this access is more limited than is often widely believed (as many things, such as 'accessories' like fracture braces or crutches, are not actually covered by the public plans), and while we desperately need to expand public health insurance to include universal eye-care, dental care and pharmacare, we all can sleep easy at night knowing that if we awake sick or injured we will not face a financial burden or bankruptcy from seeking medical treatment.

There was, however, a time when this was not the case. Universal health care had to be fought for. In the 1950's, despite many years of promises by successive Liberal governments, a national plan had not been brought in.

The leaflet we are looking at today, which was published by the Committee for the Rights of Canadian Children --  public health care advocacy group -- in the mid-50s is a vivid reminder of what health care in Canada was like before the Canada Health Act and the emergence of full provincial plans nationwide.

It contains many disturbing facts -- such as the reality that over three times as many infants died from illnesses in Canada during WWII as did Canadians on the battlefield -- as well as the awful rationales for not bringing in national health insurance as when the first Paul Martin baldly stated that it could not be done due to military spending commitments in the Cold War!

The leaflet is important not just as a piece of Canadian history, but as a reminder as to why we must be vigilant and fight to preserve what unions, socialists and activists achieved -- however flawed it still may be -- in the face of constant attempts by governments and the right to chip away at and undermine the public system. 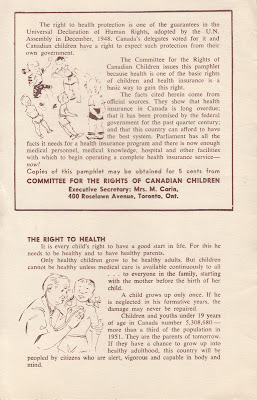 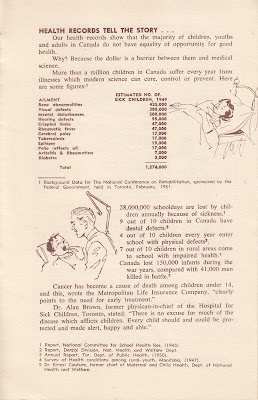 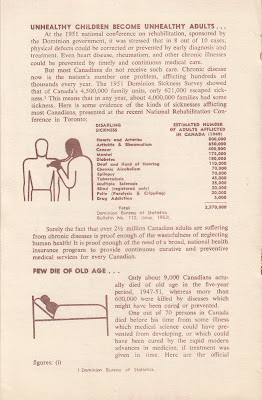 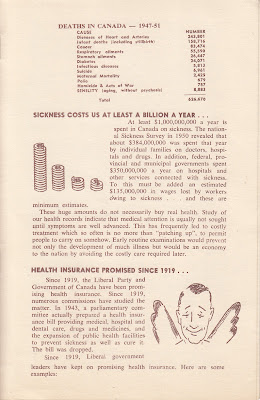 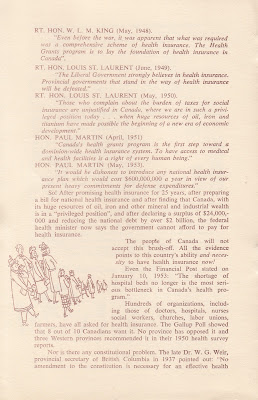 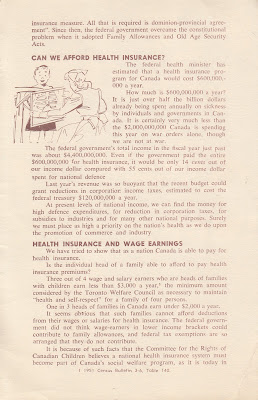 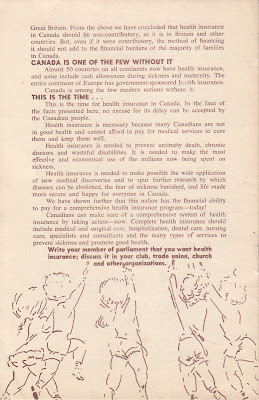 See also: When it comes to 'universal' health care, it is a lot less universal than Canadians like to think

Posted by Michael Laxer at 4:00 PM