Sorry Tom Walkom, but Trump is an accused sex offender who does not 'make sense' 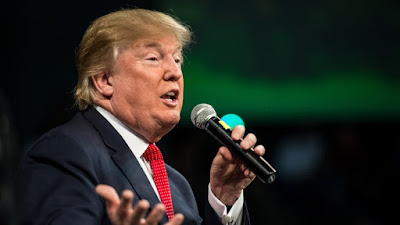 I have liked Tom Walkom, National Affairs Columnist for the Toronto Star, for a very long time.

Or, more accurately, I have respected his analysis and ability to cut through the rhetoric of politicians, including (or perhaps especially)  those on the left.

But yesterday, in a column Sometimes Donald Trump makes sense, Walkom went more than a bridge too far in his attempt to expose and vilify the Democratic nominee Hillary Clinton.

While some of Walkom's analysis and commentary on Clinton's position may well be true, as may be his views on Trump's position on Syria specifically, Walkom begins his column by saying:

Donald Trump may be an awful person. I don’t know. What I do know is that his recipe for dealing with Russia and Syria makes more sense than that of Hillary Clinton.
The awfulness of Trump is very much in the news these days. His approach to women has long been boorish. But now come allegations (which he denies) that he is also a groper.
American voters will have to decide whether these allegations are true and — if so — whether they disqualify the Republican candidate from the presidency.
But lost in the furor over Trump the libertine are real foreign policy differences between the two candidates — particularly in the all-important war against Islamic radicals known as Daesh or ISIS.


Why not deconstruct this opening for a moment as it is is staggeringly wrongheaded and acts as an ugly apologia (intended or not) for misogyny.

Donald Trump is an awful person, and if Walkom does not know this he is no progressive.

Let us be clear, so that Walkom and everyone else understands, being a 'groper' is a male code phrase for sexually assaulting women. It is not simply 'boorish', it is a crime, that makes Trump not a 'libertine' but a sex offender...and that absolutely disqualifies him from the presidency.

Walkom needs to take his head out of his ass and join the 21st Century.

He has now been accused of sexual assault - not groping, boorishness or being a 'libertine' - by multiple women and he has been betrayed by his own recorded comments and by his own actions.

Regardless of how his position on Syria may stack up versus Clinton's there is absolutely no excuse to try to bolster your argument by diminishing the misogynist reality of Donald Trump's words and actions.

Tom, you may not know if Trump is an awful person. But I can assure you that all of the women he sexually assaulted do.

And that means that while his position on Syria may seem better to you, you cannot escape the truth that if you are flippant about the actions of a man like Trump towards women, you enable these kinds of actions by men overall.

No matter the original intent, that is simply the sad and grotesque reality.