Are the Greens a "progressive" party? 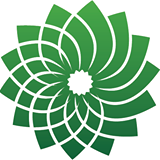 Are the Greens a "progressive" party?

While Green voters would certainly appear to think so, some New Democrat partisans would seem to say otherwise claiming they are little more than Conservatives with composters. Recently, as an example, Paul Moist, head of the Canadian Union of Public Employees, in a letter critical of Leadnow and its strategic voting campaign stated “Neither the Liberal Party of Canada nor the Green Party are progressive...Both parties have very right-wing economic policies, do not stand for working families or public services. Only the NDP has a progressive platform.”

Is this at all fair to say, (especially when their economic policy platform is contrasted with that of the NDP's as this is what matters here) in the case of the Greens?

With the Greens having taken from the start a stronger and clearer stance on issues like Bill C-51 than did Tom Mulcair and the NDP, it is obvious why New Democrat partisans might be concerned that the Greens might appeal to some Canadian leftists and progressives, particularly given the NDP's own increasing and obvious economic centrism.

Since Moist (and others) claim that the Greens are not progressive due specifically to their positions on economic policy, it is time take a look at those policies more closely.

The Green's open their "The Green Economy" platform citing in their preamble, among other things, the left-leaning Canadian Centre for Policy Alternatives (CCPA) stating:

Unfortunately, employed Canadians are also among the most overworked citizens in the industrialized world. A report from the Canadian Centre for Policy Alternatives (CCPA) states that the richest 10% of Canadians are the only ones not working longer hours. The report concludes that, despite being better educated and working harder, Canadian families are now “running faster just to stay put and the bottom half is actually falling behind.”

While presumably, and given that the statement came from a labour leader, a party that was not progressive and that was right-wing economically would be anti-labour, anti-worker and anti-union, in the case of the Greens that does not at all seem to be the case.

Under the heading "Labour" the Green's policy book begins by saying:


Canadians are among the most overworked people in the industrialized world. The Green Party wants to help restore balance in the lives of Canadian workers by increasing paid vacation entitlement at the federal level, and supporting provincial policies mandating shorter working hours.
The Green Party will raise the minimum paid vacation entitlement to three weeks. Many countries with minimum standards of four weeks and longer also have more productive and internationally-competitive economies than Canada’s.

It goes on to call for, among other things, establishing a federal minimum wage of $15 an hour under the Canada Labour Code, creating federal ‘anti-scab’ legislation, making changes to the Employment Standards law to provide equal protection to contract and temporary workers, strengthening non-union workers’ rights and protections to close the widening gap between union and non-union workplaces, increasing federal inspections and establishing stronger deterrents to illegal unpaid overtime work to achieve full compliance with Canada Labour Code standards, and re-establishing "in law the rights to equal pay for work of equal value".

It is very hard to see how this vision can be described as in anyway less progressive than the NDP's. In fact in certain key ways it is to the left of the NDP.

In the case of taxes sadly, just like the NDP but unlike Trudeau's Liberals, the Greens do not call for any personal tax increases on the wealthy. However, after decrying the logic of corporate tax cuts in very strong, and notably progressive terms, the Greens go on to pledge that they would "Return Corporate Tax rates, except for the Small Business tax rate, to the 2008 level", a policy that is at least as good as the NDP's on this front.

In fact, as the Greens do not, unlike the NDP, call for totally unnecessary and reactionary tax cuts for "small business", one could make a strong case that their tax policy is also to the left of the NDP's, though only very marginally.

The Greens call for ending subsidies to major corporations, especially in the fossil fuel sector, and use David Lewis' famous quip about "corporate welfare bums".

When it comes to debt reduction and balanced budgets, far from opposing public services or calling for austerity their platform states they would:


Set a disciplined schedule to gradually pay down the debt while maintaining public services and programs that meet immediate social and environmental needs, increasing debt reduction over time but starting with modest targets to permit investment in critical programs.

They call for "more effective antitrust laws in concentrated industry sectors" and for requiring "corporations to provide detailed information about their records of compliance with labour, environmental, human rights, consumer, health and safety, criminal, competition, and tax laws or policies" as well as for protections for corporate whistle-blowers.

The Greens want to see investment in expanding Canada's rail network and infrastructure, increasing "existing funding to stimulate a massive re-investment in public transportation infrastructure in all Canadian towns and cities to make it convenient, safe, comfortable, and affordable", creating an energy efficient national housing strategy, creating a variety of funds to support principles like a mass transit strategy and cleaning up toxic or brownfield sites, reducing "corporate control of the food supply", they have an entire platform plank promising to expand and enhance co-ops and credit unions, a policy supporting more open-source computer software and  any number of other policies none of which can, in my opinion, be described as "very right wing".

All the polices above, linked to or otherwise, are pulled directly from their election platform. You can read the polices for yourself on their website.

There are some typically centrist (and common to the Liberals and NDP as well) odes to "small business" and entrepreneurship, a call for "tax relief" for those with lower and middle-incomes, what I think can only be described as a muddled "policy" around income trusts, as well as, not surprisingly, a wide array of policies related to the environment, eco-tourism, creating a "green" economy, etc.

All of these policies are, to be clear, framed within what is a complete acceptance of the capitalist framework of the economy, but that is true of all of the mainstream political parties including the NDP.

There are no longer any anti-capitalist parties (even if only in theory) represented in Canada's parliament.

Again, given this, it is basically impossible to see how this program, while one might disagree with this-or-that given plank or priority, is any less "progressive" than the NDP's in any fundamental or meaningful way.

No doubt some will try to obfuscate with rhetoric about the NDP's historic ties with labour or about how the party emerged out of a socialist tradition. Both of these things could have also been said of the Labour Party of Tony Blair and are completely meaningless. In the here-and-now they are not at all relevant to whether the Greens are "progressive" or not.

Party election platforms matter, regardless of what a party may have been like twenty-five or fifty years ago, and they reflect how that party wishes to be seen and how it anticipates that it will govern. Taken at face value the Green platform is not a right wing one.

A cynic might state that the Greens won't really do what they say were they elected, but given the NDP's provincial track records with broken promises and shifts to the right once in power, the same cynic would then surely wonder how far the NDP can be trusted to do what they have promised as well.

Given the seemingly inexorable shift of their own party to the right and its rapid shedding of left-wing economic principle in its quest for power, it is understandable why New Democrats might wish to comfort themselves by continuing to portray the Greens as on the right, but this does not make it any more intellectually honest or true.

Even setting aside that, tactically, calling the Greens a right-wing party is perhaps not the best approach to attempting to appeal to Green voters, it also requires a hyper-partisan Orwellian feat of double-think to really believe and should be relegated to the realm of partisan fictions from which it emerged and to which it belongs.

See Also: Do we really want to Stop Harper? The year ahead in progressive partisanship

Posted by Michael Laxer at 3:15 PM