Fred Checkers and the state of democracy in the NDP 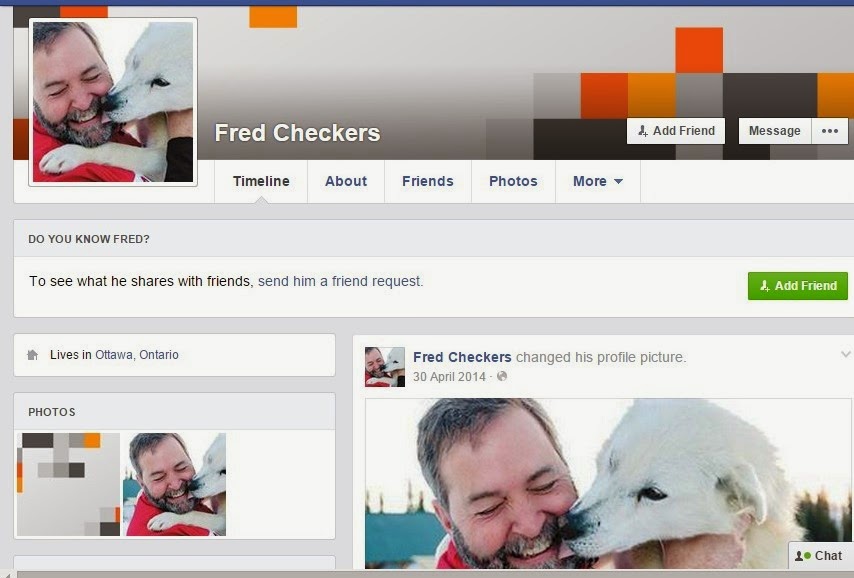 It has long been apparent (as I have written about at some length before) that the drift away from any meaningful internal democracy within the NDP is a very pronounced one. The party is highly centralized, member resolutions are only symbolic and are totally ignored by the leadership and its clique come election time (frankly, it is not even clear to me why they bother with resolutions at their conventions at all anymore), the party will disregard its own constitution at will and invalidate internal elections or nominations it does not like (or seemingly stack them as the ONDP seems to have in the case of the disgraceful Adam Giambrone nomination) and the NDP will sometimes prevent members from even running for a nomination in the first place!

There are a few examples of this last phenomenon, whereby the party disallows potential candidates who the powers-that-be deem will be somehow "problematic" or likely to go off-message. Stuart Parker and Paul Manly come to mind.

The latest example, and the most Orwellian I am aware of to date, involves Jacob Kearey-Moreland who was seeking the nomination in Simcoe North.

Keary-Moreland was barred, at the last minute and after weeks of campaigning, for running for the nomination not for anything he had said or done, but because of the perception on the part of some cabal within the leader's office (accountable to no one other than themselves) that he might be problematic in the future.

What were his transgressions from orthodoxy? It seems the party elite did not like the settings on his Facebook group page (as they were unable to monitor him to the extent of their liking) and:

"The party had told me they had reservations about my nomination from the get-go. Not only was my hair long and my attire unsuited, but my reputation of anti-authoritarianism gave them pause, and then more pause for concern."

He said the party head office had concerns about whether it could trust him to stay on message and "now they believed they had uncovered evidence that I was not trustworthy."

While, of course, the Liberals and Conservatives use similar internal tactics, the NDP has always branded itself and the party membership  has believed itself to be different -- though in actuality from the expulsion of the Waffle on it has trended towards today's reality.

It is also profoundly and sadly ironic that a party with the once proud tradition of principled anti-authoritarian instincts would repudiate this so hypocritically in its own internal practices.

How did the party apparently discover that he had a "closed" member's only Facebook group?

It turns out they (in violation, I  might add, of Facebook's policies) have a federal party Facebook troll (for lack of a better word) named Fred Checkers who is the eyes of the head office's orthodoxy enforcers in that specific social media forum.

Fred Checkers, of course, is not a real person, (despite the heart-warming profile picture of Tom Mulcair getting licked in the face by a large dog that they sport) but Fred takes, apparently, great interest in what the real people who are running for or want to run for the NDP are doing.

This farcical, creepy and very juvenile surveillance tactic really can only have flowed from a mind or hive mind with a profoundly totalitarian instinct.

Sadly, it is also indicative of so much of what is wrong with mainstream bourgeois politics.  Tightly scripted, poll-driven, messaging aimed at ever smaller groups of "wedge" voters, run entirely by the leader and their staff and inner circle, largely fatuous and specious rhetoric and with ever smaller differences of any meaning between the lot of them.

These are the narrow-minded, unimaginative, pandering and intellectually empty circumstances that give rise to "Fred Checkers".