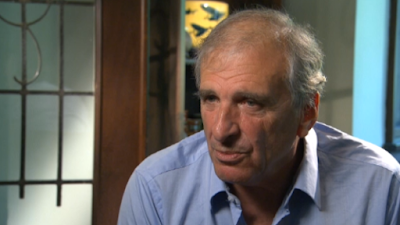 James Laxer, my father, died suddenly and unexpectedly in Paris on Friday, February 23, 2018 doing what he loved most -- working on a new book about Canadian history while travelling with his constant companion and spouse, Sandy Price.


Jim was an exceptional writer, talent and intellectual whose impact on Canadian left wing politics would be hard to overstate. Having grown up in a Communist household with his siblings, Gord and Linda, and his mother, Edna May and father Robert, he was born into a life of left wing activism from an early age. He wrote about this in his award-winning memoir Red Diaper Baby.

After the death of Stalin and the revelations about his crimes,  Robert and Edna May left the Communist Party though they never lost faith in the left broadly and the cause of socialism. Jim carried these beliefs forward as well when he was involved in the formation of the Movement for an Independent Socialist Canada with political economist Mel Watkins, and others.

This thread within the NDP became known as the "Waffle" and espoused a radically socialist and left-nationalist position challenging the party's establishment. In 1971 Jim ran for the leadership of the party at a convention that was expected to be a coronation of David Lewis.

In fact, Jim had an unexpectedly strong showing, coming in second and taking a third of the vote. The result stunned the party elite and the Lewis family. It terrified them. The following year in Orillia, Ontario the ONDP's Provincial Council at the behest of ONDP leader Stephen Lewis, David Lewis' son, voted to order the Waffle to either disband or to leave the NDP.

It was a petty and terribly anti-democratic action that would have consequences which would reverberate down through the history of  the party to this day. It laid the very foundations of the top-down, leader driven party that we see now, a party that regularly ignores the motions or wishes of its membership.

Jim and many others decided to leave the party and he ran as a Waffle candidate in the federal election of 1974, losing badly. The Waffle disbanded after that and with it a generation of young activists and left intellectuals felt alienated from the NDP, with many never coming back.

With the end of the Waffle he became a prominent academic, teaching at York University, as well as a prolific writer, commentator and TV personality. In 1981 he became the NDP's research director under leader Ed Broadbent, leaving in 1983 after writing a report that became headline news deriding the NDP's economic policies as being out-of-date. He kept a copy of an editorial cartoon showing him walking with Broadbent past the skeleton of a dinosaur with the caption "I have a bone to pick with you" on the wall of his study to this day.

His many books have been incredibly influential within the Canadian left and Canadian politics. They covered the range of topics from economics to issues like free trade and the petroleum industry to, more recently, his great passion for Canadian history. Some, like The Liberal Idea of Canada (which he co-wrote with his father) are considered classics of Canadian political thinking. He also hosted both TVOntario's The Real Story current affairs show and the award-winning National Film Board documentary Reckoning: The Political Economy of Canada in the 1980s.

Throughout this my father remained, above all, a left-wing iconoclast. He was never afraid, in any context or any forum, to say that the emperor had no clothes or to take on those in power or with power. He never backed down from intellectual and political debate or discourse no matter the challenge or the alleged authority of those whose ideas he questioned.

In an era when so many bow to party lines, the flavours of the month and political fictions, he never did.

But Jim was also so much more. He was a wonderful father to my sisters Kate and Emily, my brother Jon and I. He was engaging, approachable, human and funny. He truly enjoyed and embraced teaching. His students meant a lot to him.

He was always there with a smile, a silly joke, a happy countenance. Even in hard or sad times he tried to make people feel better or to make people laugh. He loved his grandchildren deeply and his family above all.

Posted by Michael Laxer at 9:11 PM