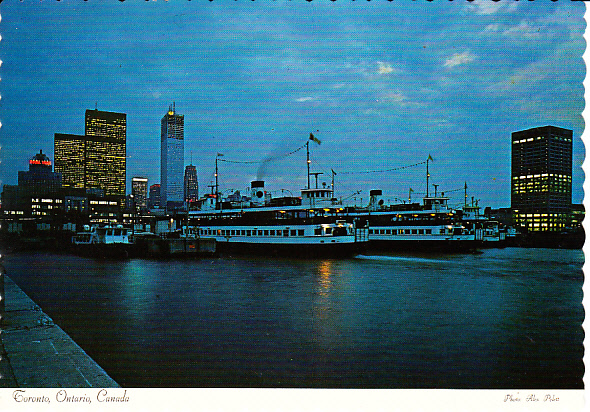 For our fourth installment of vintage postcard streetscapes of Toronto we have some real gems -- including some of harbourfront, Ontario Place in its heyday, Scarborough, a couple of Hamilton (I am well aware Hamilton is a great city in its own right, I just added them as they are very cool) and even some photos from around the year 1900! 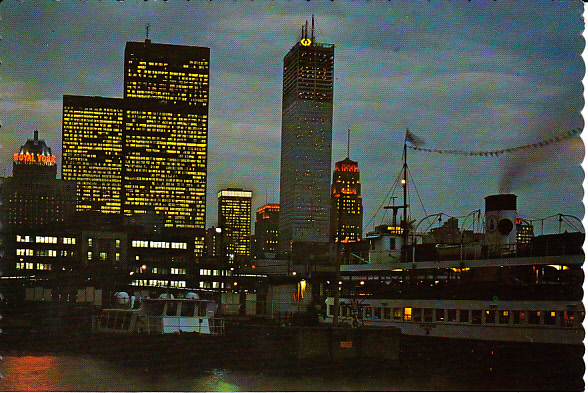 Waterfront at night, 1972. Note that Commerce Court West is under construction. 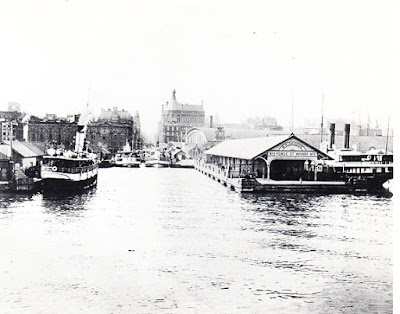 The Yonge Street Wharf in 1890. The waterfront has been filled in greatly since then so that this location is now actually buried under the Yonge St. railway overpass. 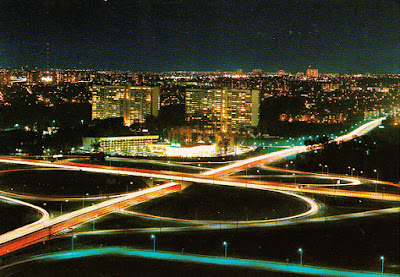 Eglinton and the Don Valley Expressway 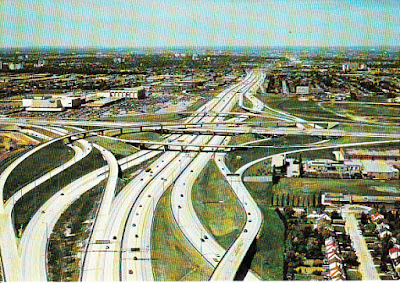 Macdonald-Cartier Freeway 401 looking west at Dufferin St. Yorkdale is on the left and the Etobicoke and Mississauga skyline do not yet exist. Note the total lack of traffic! Maybe at 3 a.m. it looks like that now. 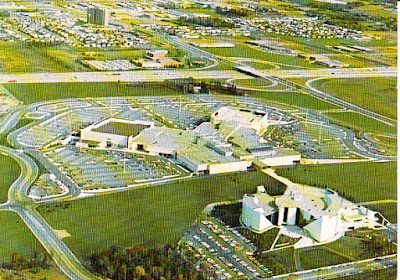 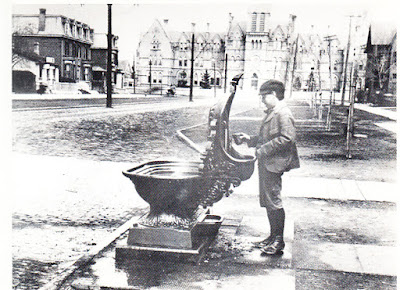 Water fountain at Spadina and College, 1899 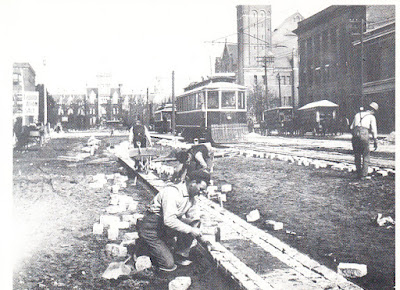 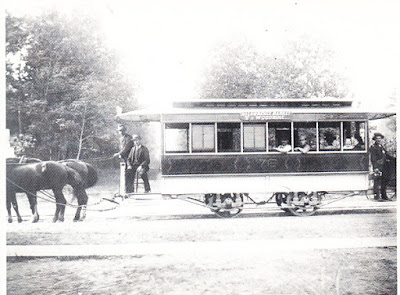 Two-horse streetcar on the Woodbine to St. Lawrence Market route, 1898 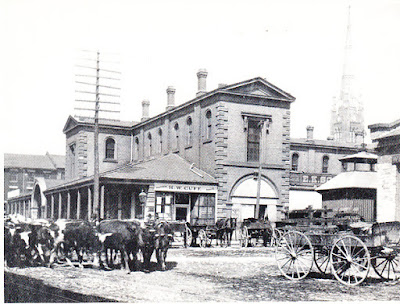 Front St. near the St. Lawrence Market, 1902. That is the spire of St. James Cathedral in the back right. 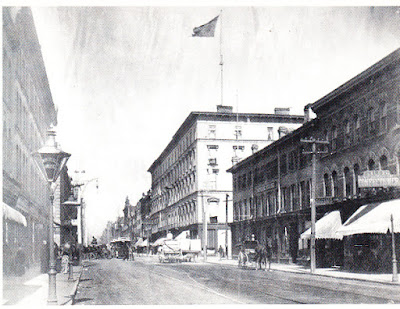 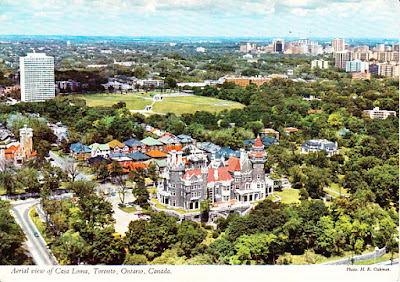 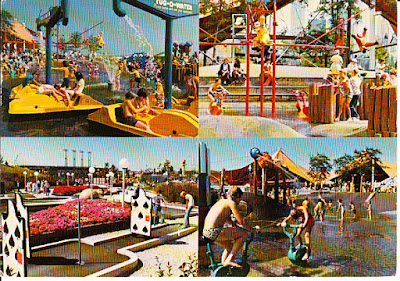 Now tragically mothballed by the Liberal government, Ontario Place in its heyday! 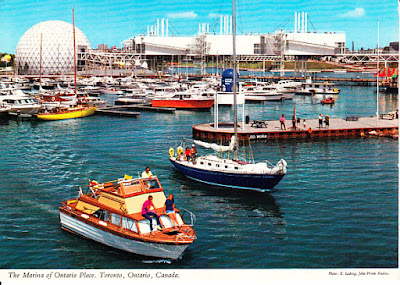 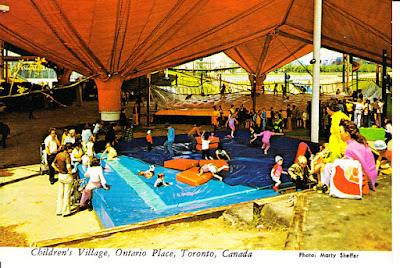 The wonderful Children's Village at Ontario Place that I loved as a kid. Long gone due to too many do-gooders getting all up in arms about broken bones, head injuries and a general lack of safety! 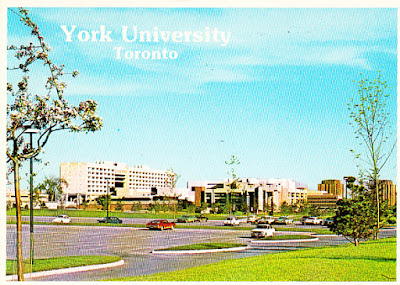 York U. From the back "Scheduled for years more growth, York University is presently the third largest centre in Ontario with an enrollment in excess of 25,000 full and part time students on over 600 acres of land for future expansion" 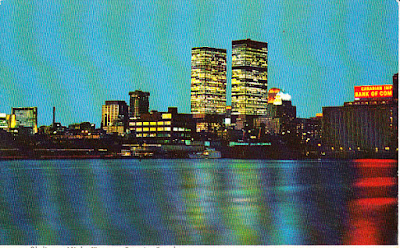 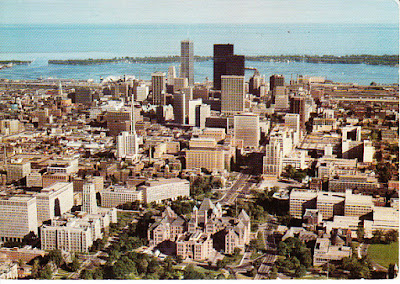 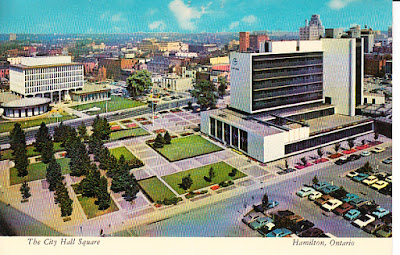 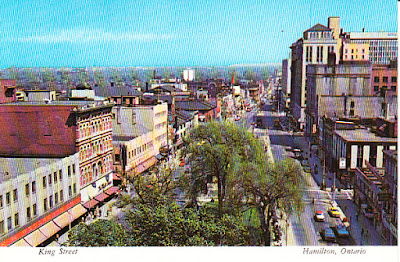 A view of King St. in Hamilton

See also: 10 Vintage Toronto Postcard Streetscapes (and one bonus one of Port Credit!)

Posted by Michael Laxer at 3:09 PM