"Stories about working at the Goodyear Plant in the Lakeshore, as told by workers" -- A union remembrance 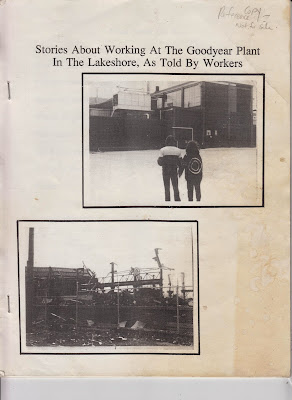 In May, 1987, one of the largest tire factories in the world, the Goodyear plant in South Etobicoke, closed. Its closure had a devastating impact on the community I live in and on the lives of  so many Goodyear workers and their families.

It was part of a wave of plant closures to hit the area (and, indeed, the province and country) in this era that I have written about before and that continues to this day.

This powerful and moving document, which turned up in my shop some time back, was released a few years later by, among others, the United Rubber Workers Union.

It is a reflection on the closure and its impact and stands, I think, as an important statement about what it means to people's lives when these corporate decisions are made, which is why I think it worth preserving online and sharing. 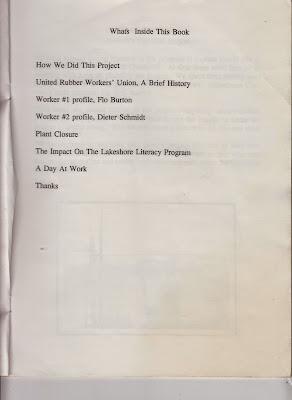 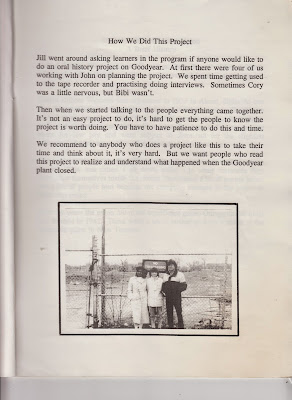 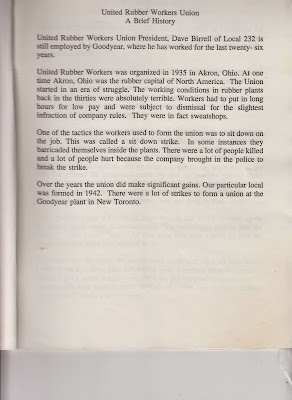 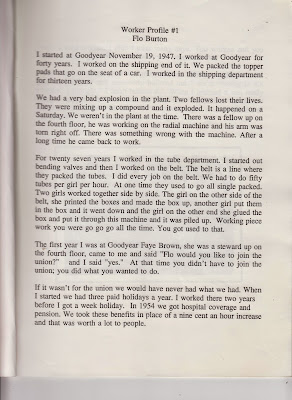 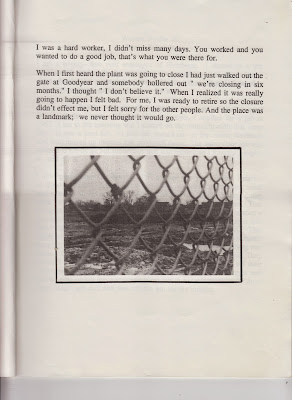 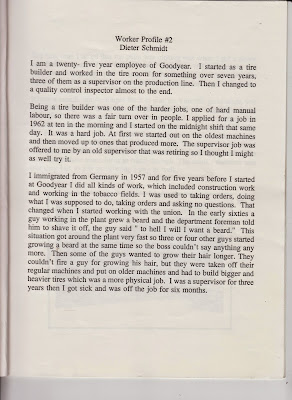 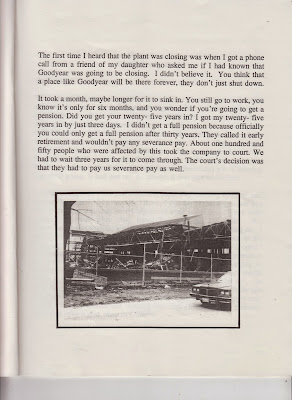 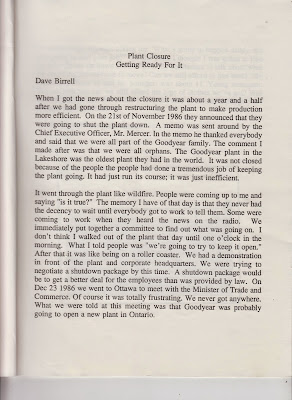 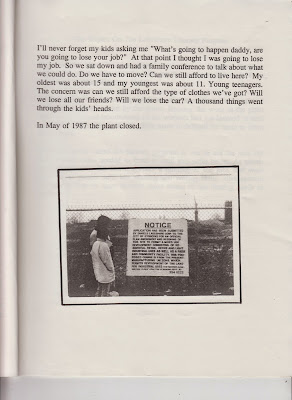 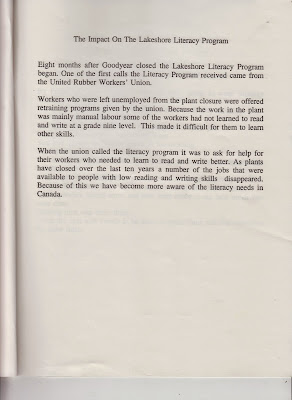 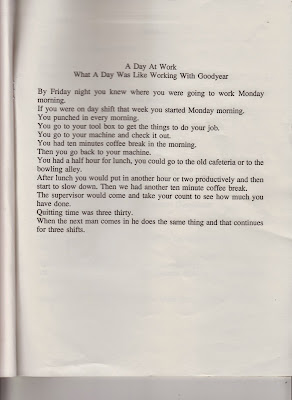 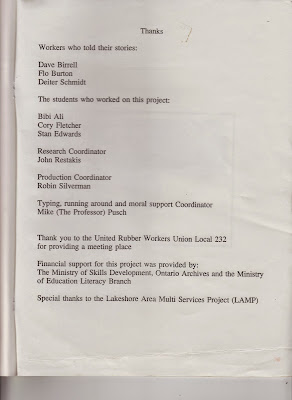