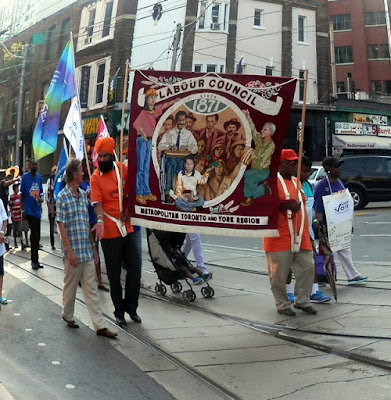 My son Nathaniel and I went down to the annual Labour Day march in Toronto today.

We were invited to join the Communist Party contingent by some comrades in the party and had a great time marching with them and talking politics.

Here are some photos from the day, as well as, at the end, some scans of the Communist Party's election leaflets.

Be sure to check out the Communist Party's website and platform.

With candidates running in ridings across Canada, they are at least attempting to put forward an actual anti-capitalist platform and if you live in a riding where they are running a candidate they deserve your consideration given how few anti-capitalist options exist and given the reality that none of the "progressive" options will result in any real change at all. 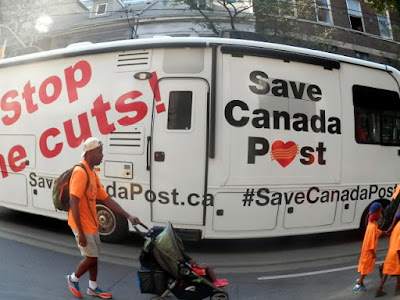 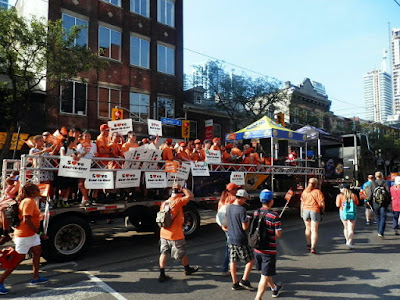 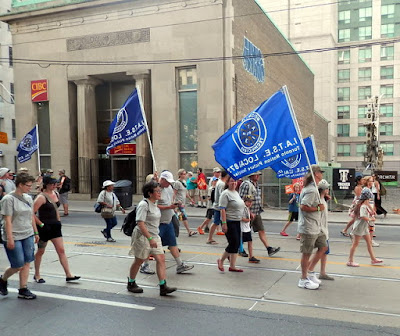 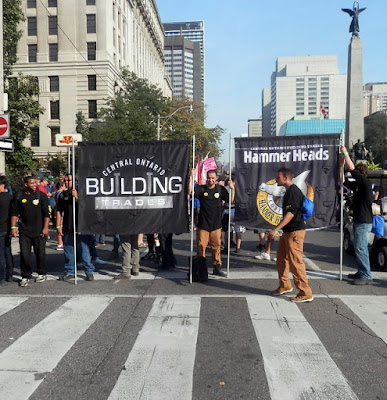 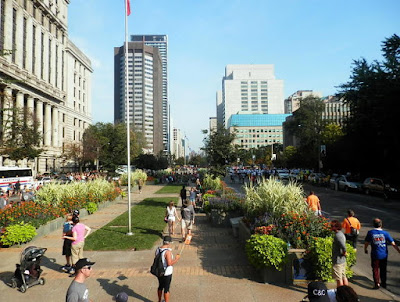 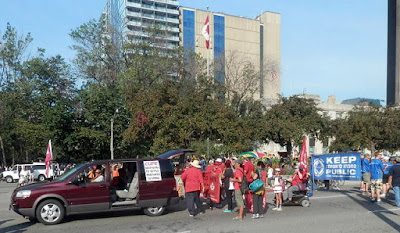 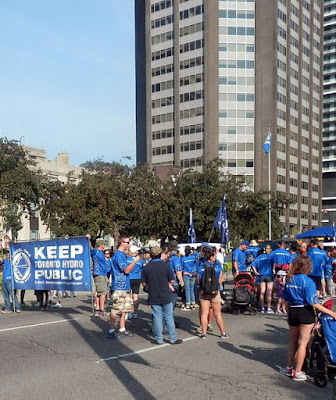 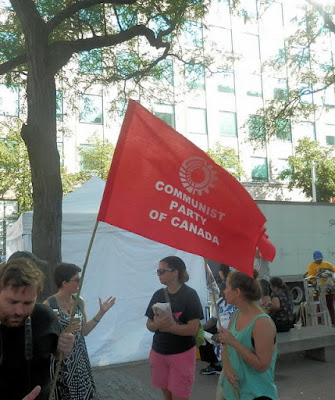 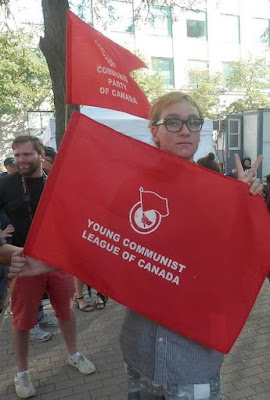 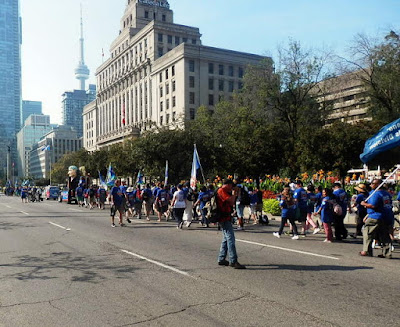 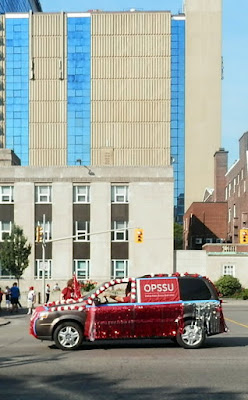 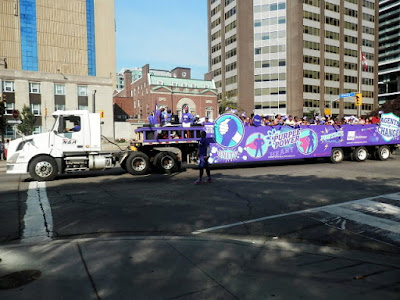 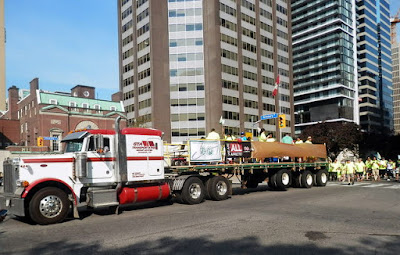 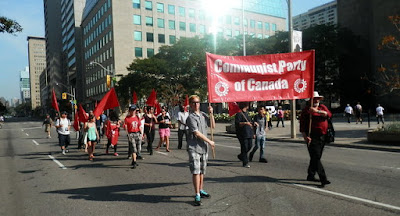 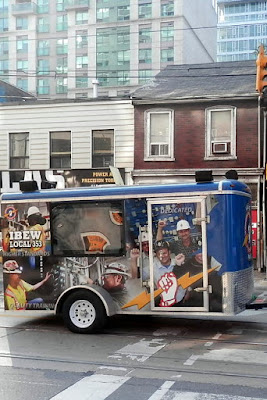 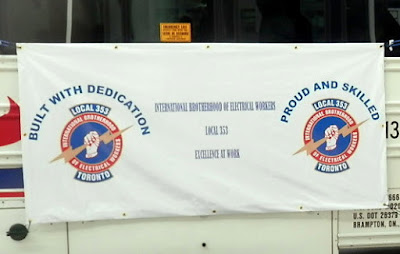 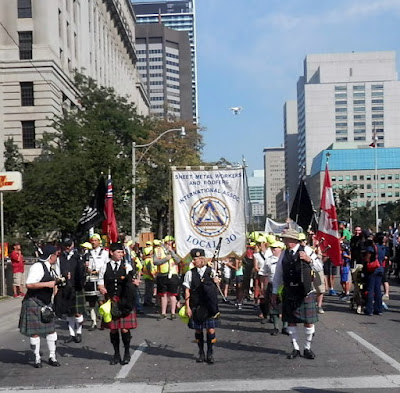 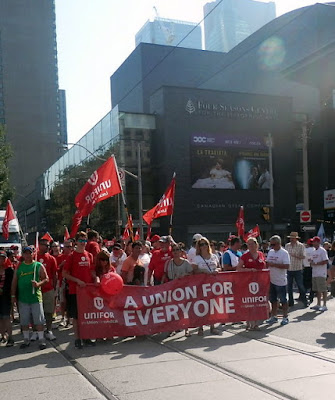 Part of the campaign leaflet of the Communist Party with its Toronto area candidates: 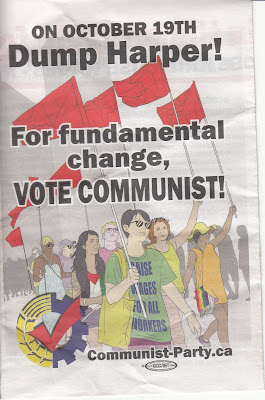 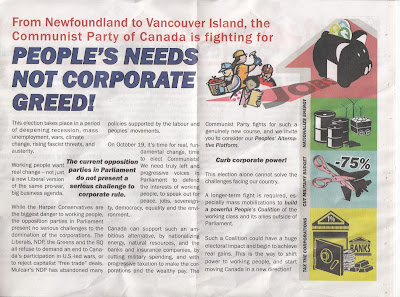 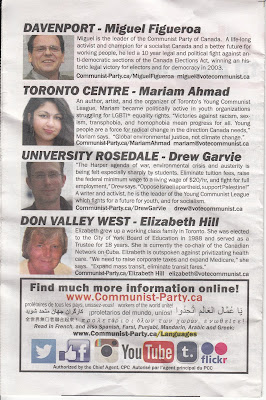 Posted by Michael Laxer at 4:40 PM