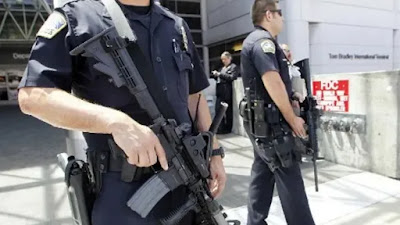 1) By Barring Omar and Tlaib, Netanyahu Did BDS a Huge Favor

In deference to the wishes of the United States government, Israel has barred two members of the U.S. Congress from entering its borders. Or at least that’s how Thursday’s bizarre developments in American-Israeli relations appear to have played out.

The lines dividing Progressives and supporters of apartheid are becoming clearer, and they are not along Democratic and Republican party lines.

3) ‘Tlaib and Omar gave us hope’: Decision to bar entry to congresswomen sparks anger and disappointment amongst Palestinians

Palestinians are joining the chorus of international condemnation facing Israel for barring entry to US Congresswomen Rashida Tlaib and Ilhan Omar ahead of their planned delegation to the occupied Palestinian territory.

Let the Likudniks, the lobby, the bought members of Congress, and the neocons cry. For those of us who want to see Israelis and Palestinians living in peace, in one country or two, with full security and sovereignty for both, Netanyahu’s stupid move is good news. It’s time someone tore the mask off the Israeli government and its fellow travelers in Washington. Perhaps, after the 2020 elections, the United States will serve as an honest broker between Israelis and Palestinians. Perhaps it will recognize that Palestinians deserve the same rights as Israelis in the land both peoples call home. Perhaps it will condition US aid to Israel on its negotiating an end to the 52-year occupation of the West Bank and Gaza. After all, there’s a first time for everything.

In a meeting that took place at the Greek Workers' Association, immigrant people from Turkey living in Montreal, representatives of the Communist Party of Canada, the Quebec Movement for Peace and the Greek Workers' Association met to discuss the actions to be held against the destruction in the Kaz Mountains, resulting in releasing a press statement on 16th of August.

On Monday, August 5th, thousands of protestors stormed the site of te Kirazli Gold mine project in North-Western Turkey. This project will have a heavy invornmental impact as 195,000 trees have been cut to access the gold resources present in this open-pit mine. To extract gold, it is said that 20,000 tons of cyanide will be needed as well as a considerable amount of other toxic elements such as arsenic. Particularly shocking to the population is the fact that this mining project is located at the fringe of the Kaz Mountains Natural Park.

7) You Must Be This Conservative To Ride: The Inside Story of Postmedia’s Right Turn

New CEO Andrew MacLeod has a plan to muffle moderate voices at Canada's largest newspaper company. It's created confusion and uncertainty in newsrooms across the country. 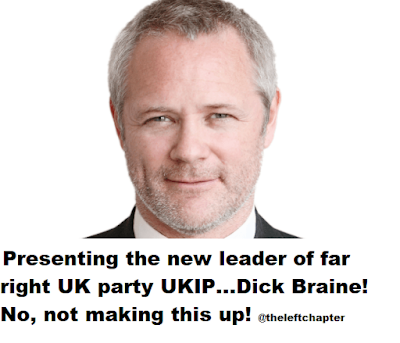 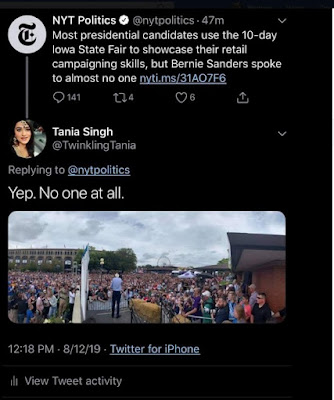 Prime Minister Justin Trudeau says he accepts full responsibility after Ethics Commissioner Mario Dion found he violated the Conflict of Interest Act by trying to influence then-justice minister Jody Wilson-Raybould and get her to overrule a decision to not grant a deferred prosecution agreement to Quebec-based engineering firm SNC-Lavalin.

Maxime Bernier‘s new political party, which plans to run candidates in every riding in the upcoming federal election, is calling for the end of “official” multiculturalism in Canada and the preservation of “Canadian values and culture.”

There’s been a whole lot of controversy over flags lately.

Anti-Clinton/Trump hashtags will not get to the bottom of Epstein's death, or how the rich and powerful's involvement in child sex abuse, The Nation's Jeet Heer explains.

Jeffrey Epstein’s autopsy reportedly revealed broken bones in his neck — a finding that raises questions about how, exactly, he died.

With Jeffrey Epstein's death by apparent suicide on Saturday, his accusers lost any chance to watch him stand trial on sex trafficking and conspiracy charges brought by federal prosecutors in Manhattan last month.

Yesterday the hip-hop mogul Jay-Z and National Football League Commissioner Roger Goodell held a joint media session at the Roc Nation offices in New York to seal a once-implausible partnership that isn’t being received as positively as both parties probably hoped.

Last month, the Trump White House put out a typically Orwellian statement, chock-filled with lies, distortions, and half-truths about Iran and the 2015 nuclear deal. One line in particular stood out from the rest: “There is little doubt that even before the deal’s existence, Iran was violating its terms.”

“We travel daily with the fear that when we leave home we will be harassed in the streets, harassed in public transport, work, or school. Violated by our partners, friends or bosses. Raped by our boyfriends, husbands, parents, brothers , uncles, grandparents or the police themselves," read a petition addressed to all levels of public security, state authorities, and Mexican society in general.

The Seattle area is home to the world’s two richest people, Jeff Bezos and Bill Gates. It is also a place where those who have no homes are treated with inhuman callousness. The city regularly evicts them from their tent encampments with sweeps that force them to scramble for other shelter and often destroy their few possessions in the process.

20) New Zealand: Outrage over babies taken by the state

On July 30, several hundred people gathered outside parliament in Wellington for a protest titled “Hands Off Our Tamariki [children].” They delivered a petition with 17,000 signatures calling for the government to stop “stealing Maori children.” Green Party co-leader Marama Davidson, a partner in the ruling Labour-led coalition government of Prime Minister Jacinda Ardern, accepted the petition.

The expansion of blanket stop and search powers that let police challenge people without reasonable suspicion could provoke unrest, the government has been warned.

22) Boris Johnson’s law and order proposals are a scam

In a letter published in the Daily Mail, Boris Johnson has pledged to introduce a number of measures to shore up the law and order regime. His main promises are staff increases in the police department by 20,000 over the next three years, expanding the prison network by 10,000 places, increasing in-prison security, expanding Stop-and-Search, and allocating £85 million to the the Crown Prosecution Service.

A Free Press reporter posed as a white nationalist to gain inside access to a neo-Nazi paramilitary group attempting to gain a foothold in Winnipeg and across the country.

The Base, a neo-Nazi group aiming to provide military and survivalist training to fellow white supremacists, has been ramping up its activities including a massive recruitment campaign and a planned "hate camp."

In the past week, police across the country have investigated or arrested at least six men, most of whom are young and white, for making terroristic threats, stockpiling weapons, or plotting attacks.

Winter is around the corner and with falling snowflakes come microscopic plastic particles, at least that’s what scientists say is happening in the Arctic right now in a new study published in the journal Science Advances.

27) Climate Change Is Taking a Bigger Toll on Our Food, Water, and Land Than We Realized

As the planet warms, parts of the world face new risks of food and water shortages, expanding deserts, and land degradation, warns a major new report from the United Nations’ Intergovernmental Panel on Climate Change. Those effects are already underway, and some of them could soon become irreversible.

When I told people I was heading to northeastern British Columbia to check out fracking sites, the most common response was: “We do that here?”

29) The Planet's Real Overpopulation Problem: Too Many Rich People

If the world as it is does have an overpopulation problem, it's that there are too many rich people using too much stuff.

COMMUNIST Party of India-Marxist general secretary Sitaram Yechury has protested to Indian President Ram Nath Kovind over his detention in Srinagar on Friday, when he and Communist Party of India leader Doraisamy Raja were held at the city’s airport while trying to visit party members in Jammu and Kashmir and denied entry to the state.

31) The Silence Is the Loudest Sound

As India celebrates her 73rd year of independence from British rule, ragged children thread their way through traffic in Delhi, selling outsized national flags and souvenirs that say, “Mera Bharat Mahan.” My India is Great. Quite honestly, it’s hard to feel that way right now, because it looks very much as though our government has gone rogue.

The Trump administration introduced a sweeping policy Monday that will allow the government to deny permanent residency to immigrants who use or are likely to use public benefits, such as food stamps, housing vouchers and Medicaid.

The Trump administration’s new “public charge” rule will force immigrants with disabilities to choose between receiving health care and staying in the U.S., advocates warn — and it’ll favor wealthy, able-bodied immigrants instead.

34) Trump 'Embodies Nearly Every Aspect Of A Racist,' Author Says

35) Steve King Is Racist, Misogynist—and Not that Different From Other Republicans

Republicans should be awarded no points for calling on Iowa Congressman Steve King to resign. Pointing out that this racist misogynist has no business serving in Congress is like pointing out that you shouldn’t make toast in a bathtub. It doesn’t mean you are insightful; it means the people who disagree with you are enfeebled.

Yoel Alonso sat in a cell for 10 months before he ever met with a lawyer. His wife had to travel 1,000 miles to visit him at the remote Louisiana facility where he was detained.

37) A Prison Guard Drove A Truck Through A Group Of Jewish ICE Protesters, Injuring Several

"If they're willing to do that to us, we can't imagine the violence the ICE detainees behind those walls may be subject to every day," an organizer said.

She was an heiress without a cause — an indifferent student, an unhappy young bride, a miscast socialite. Her most enduring passion was for birds.

About 1 in 1,000 black men and boys in America can expect to die at the hands of police, according to a new analysis of deaths involving law enforcement officers. That makes them 2.5 times more likely than white men and boys to die during an encounter with cops.

His comments come when law enforcement is under heightened scrutiny in the US over allegations of systemic brutality and bigotry in some communities.

41) Insurance Companies Are Paying Cops To Investigate Their Own Customers

A cozy alliance between insurers and law enforcement has turned the justice system into the industry’s hired gun and left innocent customers facing prison.

"In my humble opinion, the black and brown citizens of Colorado Springs are not safe with these officers on the street," Terry Thomas, pastor of Lifting Up Jesus Church, said, as quoted by the Associated Press.