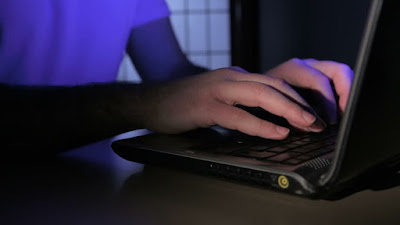 A GoFundMe effort has been set up to help a Canadian feminist activist who has been the target of a vile, disturbing and relentless online hate campaign by so-called 'Men's Rights' types and other misogynists that has continued for years since she confronted some of their ilk at a rally in Toronto.

It aims to raise the money she needs to retain a lawyer to take action against her harassers, especially given the total lack of action by the police despite the clearly violent and threatening language that has been aimed at her countless times now.

This hate campaign took off again in the wake of an apparent violation of her privacy rights by an employee of the Ontario government owned liquor store, the LCBO, that was reported on in a CITY-TV (Toronto) news feature. That feature also included a video segment where shocked members of the public were asked to read the disgusting content of some of the vitriol directed her way. Many could not even bring themselves to.

David Futrelle of We Hunted the Mammoth has written of the campaign against her, most recently in a July 1st piece "Chanty Binx speaks up after 3 years of harassment, capped by bizarre privacy breach". This piece. as well as the others he has done in the past, provides further examples of the types of misogynist attacks in question.

Three year ago, while protesting a men's rights activist (MRA) talk, Chanty Binx was accosted by a group of MRA's who proceeded to record her without her permission. She believed that would be the end of things, but Chanty was wrong; the horrific nightmare was just beginning.
Within 12 hours of the video's upload she received 500 hateful abusive and threatening messages in her blog inbox alone, and her personal information was doxed including what they believe to be her address, phone number, and license plate. For the past 3 years she's has received over 30,000 hateful and threatening comments on YouTube, and thousands death and rape threats, and other abusive messages on her blog and Facebook. For the past three years she has lived in nonstop fear for her safety and life, and despite all of this law enforcement has done nothing.
Just when she believed the constant, traumatic harassment had died down and she could go on with her life, a man who is both a neo-Nazi and an MRA with access to assault weapons like the AR-15 used in the attack in Orlando, posted a screenshot of her from a security camera of the store he works in. This breach of her privacy started the nightmare all over. She lives in fear that someone may make good on their threats, especially since they seem to have no trouble finding all of her personal information.
She has had enough. Since law enforcement isn't doing anything to help her, Chanty is left with only one legal option, hire a lawyer.
A message must be sent to these tormentors that they will be held accountable for the damage and suffering they continue to inflict upon Chanty. We need to raise $4,000 to help Chanty obtain legal counsel to fight against her tormentors. Please help end her abuse and help us show this abusive scum that they are accountable for their words and actions.

I encourage everyone to donate what they can to help this effort. Go to Chanty Binx's Legal Aid Fund to do so.

For more background on the "Men's Rights" hate movement in Canada and elsewhere, visit our page Anti-MRA Links & Resources.