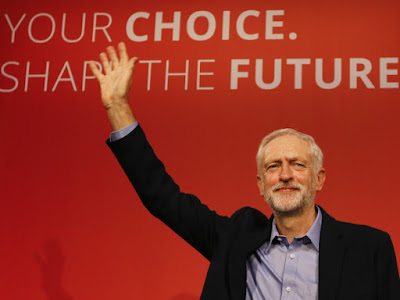 The past few weeks have been, to say the very least, intense in the UK.  As most of us know, following the Brexit vote, Labour Party leader Jeremy Corbyn has been facing a challenge against his leadership by key Members of Parliament, blaming Corbyn for the result of the EU referendum.  This is absurd, and it has been demonstrated that Corbyn is not responsible for the LEAVE vote winning.  Of course, for Blairites and New Labour, facts have never mattered.

The time, the Blairite cronies figured, was right to scapegoat the leader that they have long opposed.  It is a moment of uncertainty and national frustration so they made their play which for now seems to be failing.  Corbyn dug in his heels, and refused to step down and take the blame for something that was not his fault.  The architects of the coup dug in as well.  172 out of 216 Labour MP’s voted against Jeremy Corbyn’s leadership in a vote of no confidence.  One could be forgiven for assuming that this is the democratic will of the party since most MPs have chosen to discard their leader.  However, when one looks at the party membership of Labour itself, it tells a very different story.

In actuality, in real life, in the real actually existing world outside of the elite bubble, Jeremy Corbyn has the support of members of the party.  A poll released on the 1st of July revealed Labour Party members largely support Jeremy Corbyn.  Adding to that, as of now,  Labour Party membership has surged, growing exponentially each day since the attempted coup started with 600,000 people joining specifically, according to many reports, to support Jeremy Corbyn.

Suffice to say, Jeremy Corbyn has support from his own party membership.  If a leadership vote were held today, he would easily maintain his position.

On top of this, the direction that Jeremy Corbyn is taking the Labour Party in matches up with mainstream public opinion.  The grassroots membership of the Labour Party and in large part the UK populace, is in agreement with Corbyn in ways very similarly to the Bernie Sanders phenomenon in the United States.  This entire fiasco illustrates clearly the gigantic gulf that exists between the party brass of Labour (elites that exist in a bubble) and the mass public opinion that they are insulated from.

When I was a child I recall reading the fable, The Emperor’s New Clothes.  When I was finished I couldn’t quite understand it.  Now that I am an adult, having experienced the self-denial of sycophants and opportunistic, yes-person types, I get it. Watching the events unfold in Britain, I am reminded of the New Democratic Party brass and the Mulcairites.

Both parties were founded by grassroots democracy, by ordinary hard-working people, all of whom wanted to do politics differently.  They accomplished much, but over the decades, in order to make the party “respectable” (neo-liberal) they changed their ways guided by entrenched elites.  The NDP brass has ignored resolutions on policy made by members at conventions, for instance, demonstrating a contempt for party democracy.

Anyone who has encountered these bullies on social media is familiar with how they operate.  Just recently I recall reading a post by a particularly brown-nosed member of the party who criticized both Bernie Sanders and Corbyn as “irrelevant” and left an NDP grassroots Facebook group citing “too many extremists”.  This person was also supporting the Blairite coup against Corbyn, and (surprise!) supported Thomas Mulcair in the past.

Party brass members seem to want to remain insulated from popular opinion and the national mood, ultimately making the NDP’s actual electoral chances minimal in the long term.  In the days of Bernie Sanders and Jeremy Corbyn -- with its coming of age millennials, frustrated at the status quo and the context the previous generation has given them -- it is absolutely mind-boggling how so many within the NDP want to “keep going centrist”.  It is this attitude of supposed parties on the Left that has aided the strange new populist Right in gaining the support of so many young people and working people.  It is truly astounding.

Will the NDP ever be a relevant political force in this new era? 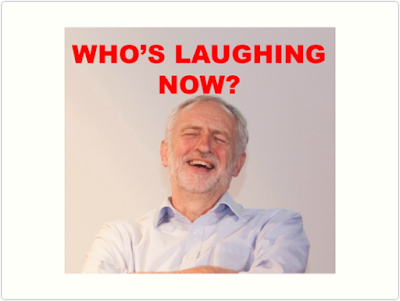 Jesse Zimmerman is one of the main bloggers at WhatIsLeft.net -- on which this post first appeared -- a blog dedicated to examining the contemporary state of Canada's Left.  Zimmerman, a writer of fiction by trade, grew up in Toronto. Check out his fiction website, Junction Landlord.

See also: Justin Trudeau's 'Elbowgate' and the dark side of sunny ways

Posted by Michael Laxer at 7:48 PM