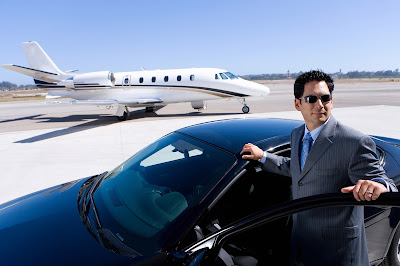 Metro News published a widely shared article August 4 with the alarming headline "Toronto's 1 per cent are about 100,000 times wealthier than us: study".

The "study" it was based on was written by three members of the University of Toronto's Martin Prosperity Institute including the relatively famous Richard Florida.

But the headline is total nonsense.

First, the study, for what it is worth, was not about the top 1% of income earners at all. It was, by its own admission, about the world's "super rich" billionaire class. While the study begins with talk about the "1%", it very quickly admits that it is not actually looking at them.


Our research uses detailed data from Forbes on the world’s billionaires
to examine the geography of the super-rich across cities and metro areas.
The world’s 1,826 billionaires make up just 0.00003 percent of
the global population, but wield incredible purchasing power.

In the case of Toronto, the study is examining the incomes of 8 people. Not 8% or 0.8% of people. 8 people total. Even a child knows this is not 1% of Toronto's population.

Not even close given that 1% of Toronto's population would be somewhere around 30,000 to 50,000 people depending on where you draw the metro city's boundaries.

In the past I have questioned the validity of the 1% notion as a class or left analysis.

But in this case the usage is nothing more than hyperbole to get hits and attention for an article (and presumably the study) that is not even about the slogan.

Truth actually matters when it comes to political narratives, and the truth is that this study and article have nothing to do with the so-called 1%.

Our society's grotesque levels of inequality and poverty, the increasing disparities between the upper middle classes and managerial classes who are the top 10% of earners and the other 90%, and the existence of the millionaire let alone billionaire super-rich, are a travesty in-and-of themselves.

There is absolutely no need for the article to distort them or to conflate the wealthy or very well-off with billionaires.

Doing so actually helps to disguise the realities of inequality and the real nature of the capitalist and managerial class as well as the actual makeup of our society's economically and socially powerful.

It also makes almost all actual  "1%" income earners seem to be "like us" relatively speaking, making the notion even more absurd and reductionist than it was to begin with.