Obama, Trudeau & Clinton -- Feeling good about the lies of liberalism 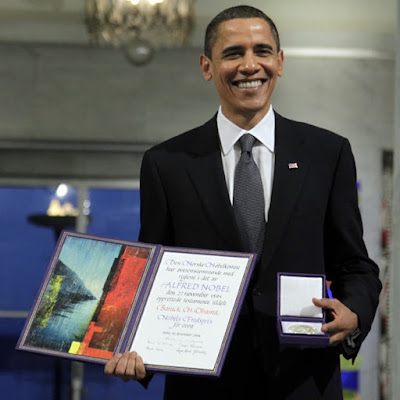 Do you remember this moment?

That time when newly minted President Obama was awarded the Nobel Peace Prize for absolutely nothing other than having won an election in the wake of the George Bush apparent catastrophe and for having given nice speeches about "hope", closing down Guantanamo and supposedly taking the US in a new direction that would be a departure from the death dealing of the past.

So how did that all work out?

Obama has presided over a blood drenched administration whose foreign policy has not only been about the projection of American might, violence and imperialism, but that has also actually increased the numbers of victims of indiscriminate drone attacks and that has turned the world again into a playground and cemetery for America's ambitions and failed projects predicated on utterly bankrupt claims -- still believed by a credulous media, public, and peculiar brand of liberal and even at times left apologist -- of fighting somehow for justice, freedom, democracy or some other ideal that American backed coups in places liberals do not care about like Honduras put the lie to.

He is an eloquent murderer, But a murderer none the less.

You would not at all sense this with the rivers of Obama love flowing as his term in office winds down.

At times it is if they lived through a different 8 years without Libya, Syria, ISIS, Honduras and countless other examples of American imperialist adventurism and its consequences. At times it is actually like people think he has a domestic record worth praising, though it is staggeringly hard to find anything to praise other than from the perspective that McCain or Romney would have been "worse".

One must suppose the now ongoing and profound falsification of his murderous history in office serves to help justify supporting the certain to be murderous and domestically vile Clinton regime to come.

A history and future, of course, that will at least in the short term primarily kill people we don't know or seem to be concerned with.

We are in a dangerous stage in western civilization where liberalism and those who become its useful idiots -- either permanently or supposedly temporarily for "lesser of evil" reasons -- are willing to play a game where it is the image that trumps the actuality.  A game where it is the fake and entirely token gestures of  talking about"inclusion" or "equality" or of bemoaning impending disasters like climate change that count while doing nothing meaningful to actually stop them.

Or at least not doing anything that would be even slightly inconvenient to a North American rapacious lifestyle in any real way. .

The liberal has become the person who will admit that the evils they actually don't really want to combat do exist, and then feel that by that admission alone they have accomplished something.

After Obama's two terms, is the world any safer? Has anything really been done to tackle massive inequality and corporate power in the United States? Is the planet any better off?

We all know the answers, and none of them are good. 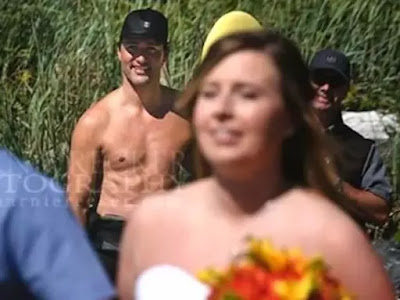 And so it is with the perfect, vacuous Canadian counterpoint to Obama who emerged in the shirtless form of perpetual glad-hander Justin Trudeau whose notion of remaking society is confined to acknowledging that society exists, has a bunch of problems Conservatives won't admit, and that showing up unexpectedly at weddings makes people feel good.

It is the feeling good that is the key point. It felt good to believe that Obama would be the bringer of peace just as it feels good now to think Trudeau has truly transformed Canada or that Clinton will suddenly prove to be something other than what she always has.

It makes sense that people are finding a way to feel good for supporting what they really know will change little and that will consciously try to avoid changing anything of any systemic meaning.

By voting for Trudeau, Obama or now Clinton, the good feelings can blossom -- as you know you have surely stopped that which was worse -- even as the poverty, oppression, bombings, colonialism, imperialism and environmental degradation continues unabated. It even expands.

Liberalism is an assault on workers, the marginalized and racialized, women and those living in poverty that represents capitalist violence with the thinnest veil of a human face.

Obama and Trudeau are a perfect representation of denial in the face of collapse. They make supporting ugliness seem sanctimoniously beneficial. They grant a middle class satisfaction  to those who voted for them to be smug in the certainty of having made a statement without the statement impacting them personally in anyway whatsoever.

It is, in fact, the easiest of statements to make.

The vicious killer Obama is leaving the grand stage of the US Presidency. Clinton has lined up to take his place.

Now we all supposedly have to fall into place, as always, due to the threat from the right/Trump/insert excuse.

We must  remember that when we buy into this sad logic, when the drones bomb down, when the democratic governments are overthrown, when the workers are sold out again to trade deals and capital, and when things actually stay as bad or get worse than they are now for women, the marginalized and racialized and for people in the rest of the world (they do actually matter) under the extended liberal regime to come -- it is not just that we compromised, we did the easy and the personally comfortable thing for a North American to do.

We will have voted for a set of self-justifying middle-class lies brought to us by charming, charismatic or simply convenient dealers of misery, poverty and death.

But they give good speeches. They say nice stuff. They use stirring phrases. They talk about important things.

And some of them even look good carrying a surfboard.

See also: There is no socialist case for supporting Hillary Clinton
Posted by Michael Laxer at 3:26 PM