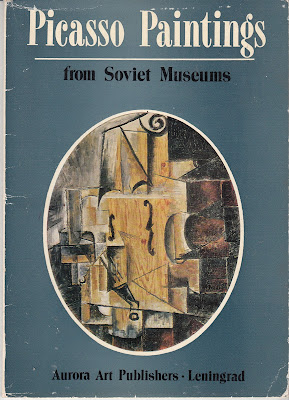 Pablo Picasso is one of the most famous artists of the 20th Century who truly requires no introduction.

Picasso was also a Communist who joined the French party in 1944 and he remained a member of it until his death.

While some commentators have claimed that the Soviet government was not fond of his work there is little to back this up. Picasso was awarded a Stalin Prize and a Lenin Peace Prize by the USSR and there were numerous shows of his work in the Soviet Union. His art was also featured on Soviet postage stamps.

In fact the Soviets had a number of Picasso works in Soviet museums in part due to having expropriated the large art collection of wealthy Russian industrialist Sergei Shchukin after the revolution. Many of these were some of Picasso's earlier works.

In the 1970's a Soviet art publisher released a folder with large postcard style reproductions of some of the most notable works in the collection. These we share here today with the name and date of each work.

Picasso's art is unique. It admits of neither blind imitation nor rejection. The diversity, significance and often contradictory nature of his works are remindful -- despite their innate unity -- of a museum housing the works of many masters...I shall not attempt to predict how the works of Picasso will inspire future generations, but I am convinced that he will leave his impress on the development of art - Ilya Ehrenburg 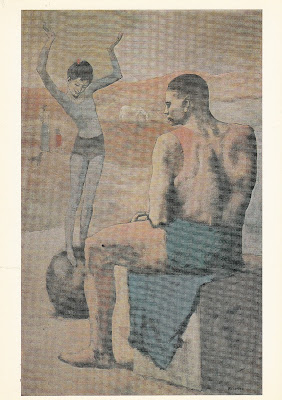 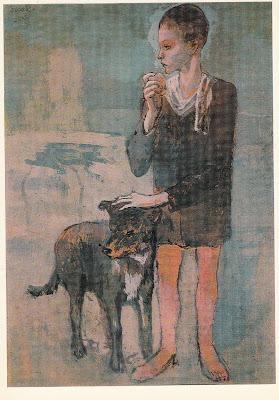 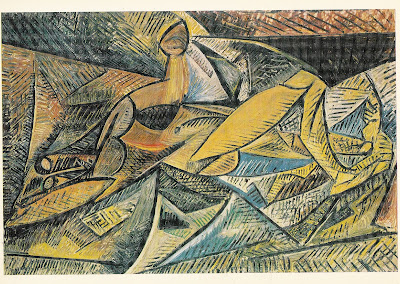 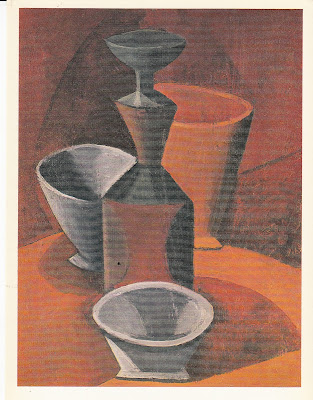 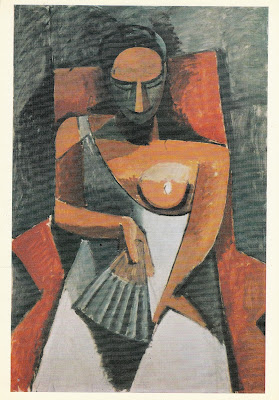 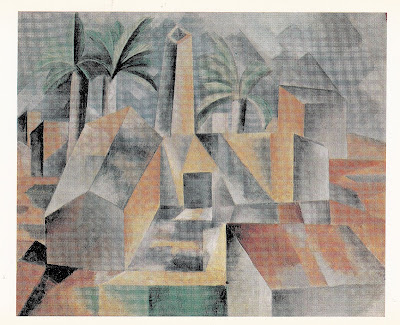 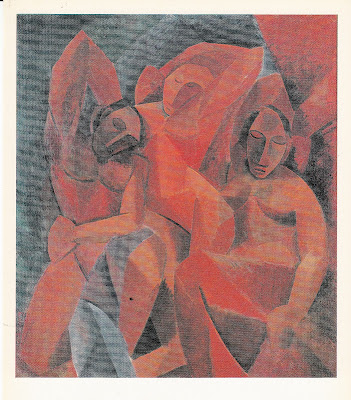 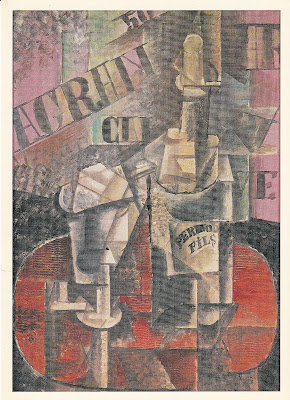 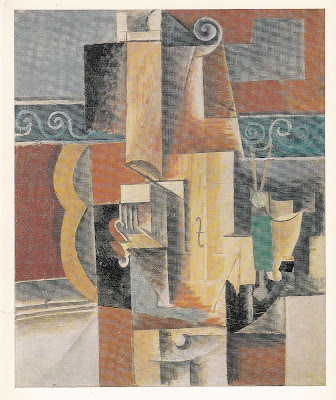 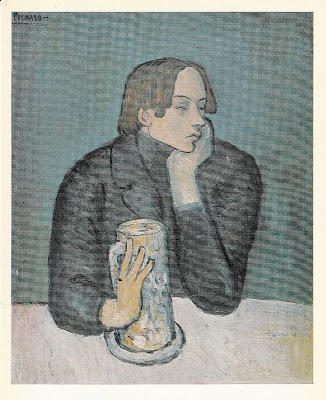 Portrait of the Poet Sabartes 1901 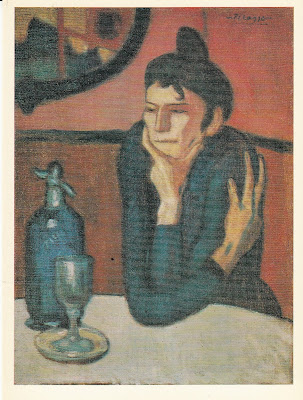 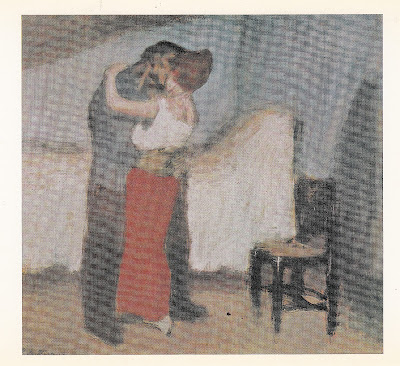 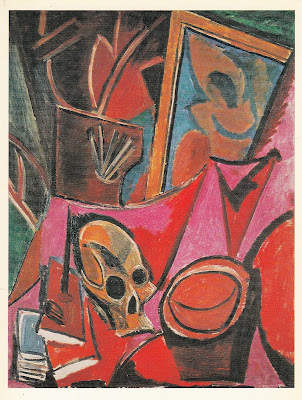 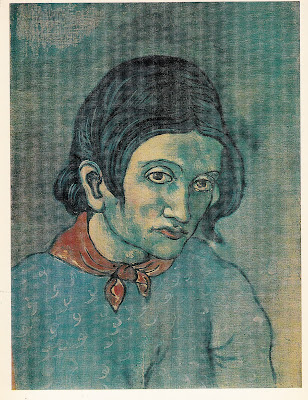 Portrait of a Young Woman 1903 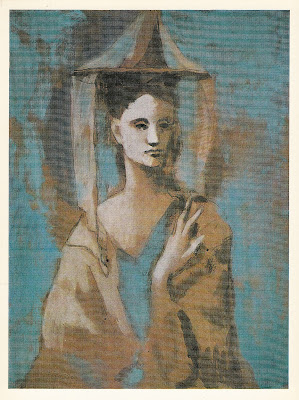 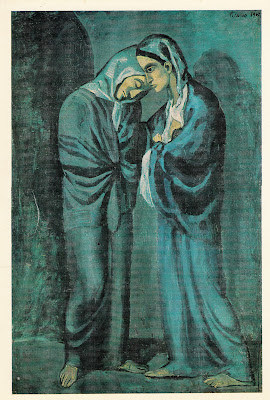