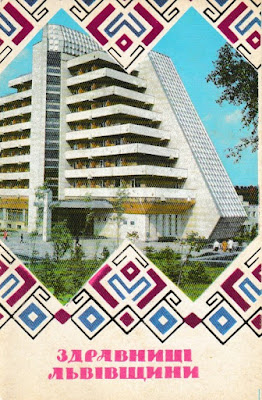 Today we are looking at a postcard folder published in the USSR in 1983. This folder is a departure from many of the others we have looked at in the past in that its subject matter is not a city or standard tourist attraction, but rather a look at the remarkable health resorts that had been built in the Soviet Ukraine.

One of the most remarkable achievements of Soviet socialism was the creation of an extensive and comprehensive healthcare system available to all. In fact, many health resorts and spas were owned by Soviet trade unions and, as was the case with Soviet holiday resorts (as an example see: Palanga -- A 1970s Trip to a Soviet Baltic Resort), trips to these facilities were either heavily subsidized or free.

There were also extensive facilities for retirees, which was especially notable given the USSR's lower retirement age which started at 55 for many workers.

The following is the text from the folder which we had translated by someone who grew up in the USSR:

There are 170 trade-union run health resorts in the Ukraine.

Most of them located in Lviv region as the region has mineral water springs, healing mud, a mild climate and picturesque landscapes.

Based on these qualities and the progress of medicine, plenty of different medical conditions are successfully treated here.

At the same time with already the famous resorts Truskavets, Lubin the Great, Morshin, Nemyriv, and Shklo known for their mud and mineral water therapy, many new union trades' health resorts are being built currently for factory workers, kolkhozniks [collective farm workers], office workers and students.

Just a few decades ago all local resorts belonged to and were only used by the rich.

The development of heath resorts for everybody started after the joining of West Ukraine to Soviet Ukraine.

It was interrupted by the Nazi invasion and rebuilding started from the ruins of the postwar period.

Today they are contemporary palaces of health.

For example, Truskavets. It is famous for “Naftusia” which combined more then ten different springs, differing in mineral composition. Up to 300,000 workers are improving their health in 15 sanatoriums and 14 pensioner's facilities. New mineral springs were discovered in the village Skhodnitsia. They are even bigger than in Truskavets. A large health resort is planned to be built here.

Morshin is not less popular. There are 5 health resorts, mineral water and mud treatment spas, and a clinic which treats 20,000 patients with gastrointestinal track conditions yearly.

At Nemyriv, patients are treated for cardiovascular diseases, peripheral nervous system disorders, skin diseases and locomotion system disorders. A large forest park surrounds Nemyriv and the air is filled with phytoncides, produced by the trees.

The resorts of Lubin the Great help people with heart disorders, high blood pressure, nervous disorders, sciatica and arthritis. Shklo has same health factors and a balneological resort famous for its sulfide mineral waters. It is located at the base of the Carpathian Mountains.

I also translated the description on the back of each card. 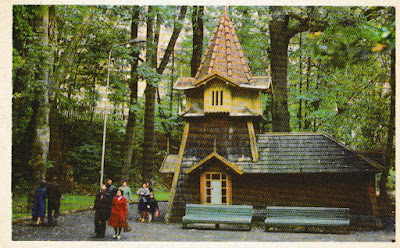 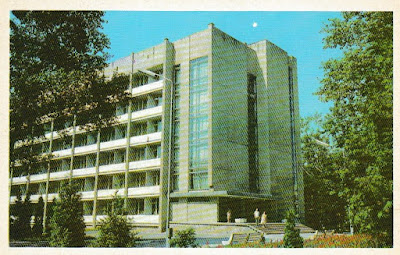 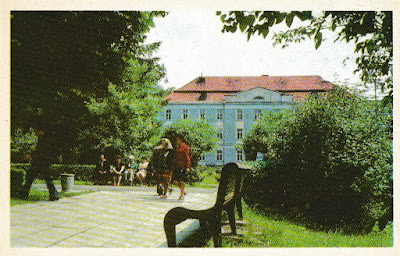 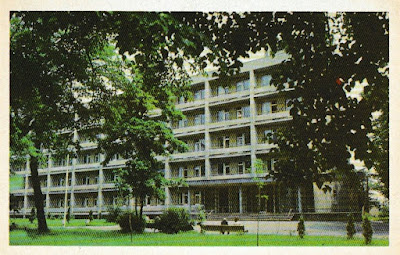 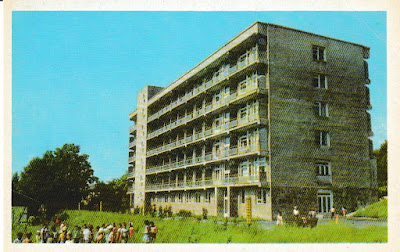 Pioneer Camp
(for kids, the Pioneers were the Soviet equivalent of Cubs or Girl Guides) 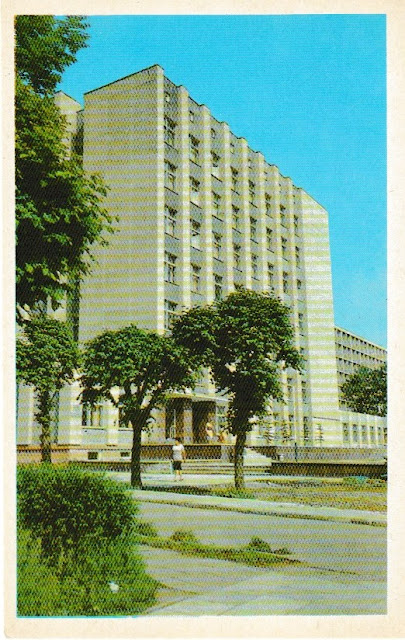 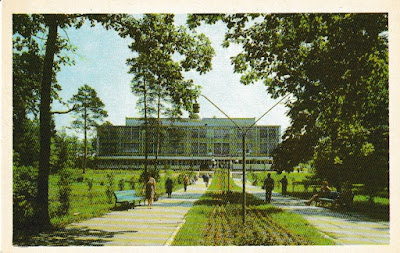 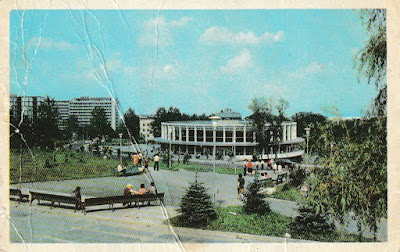 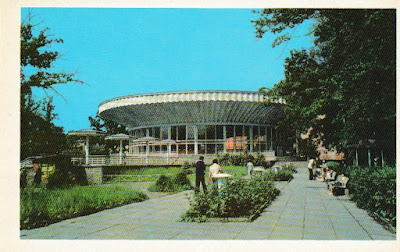 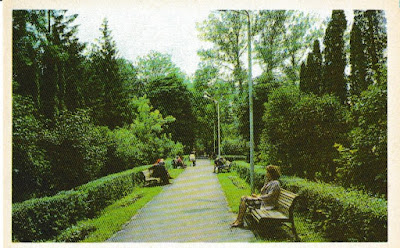 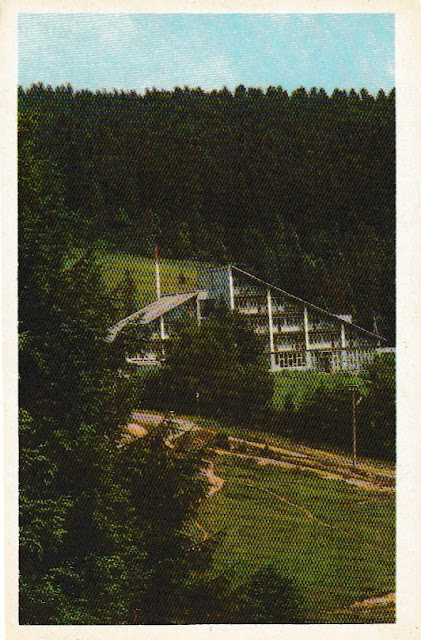