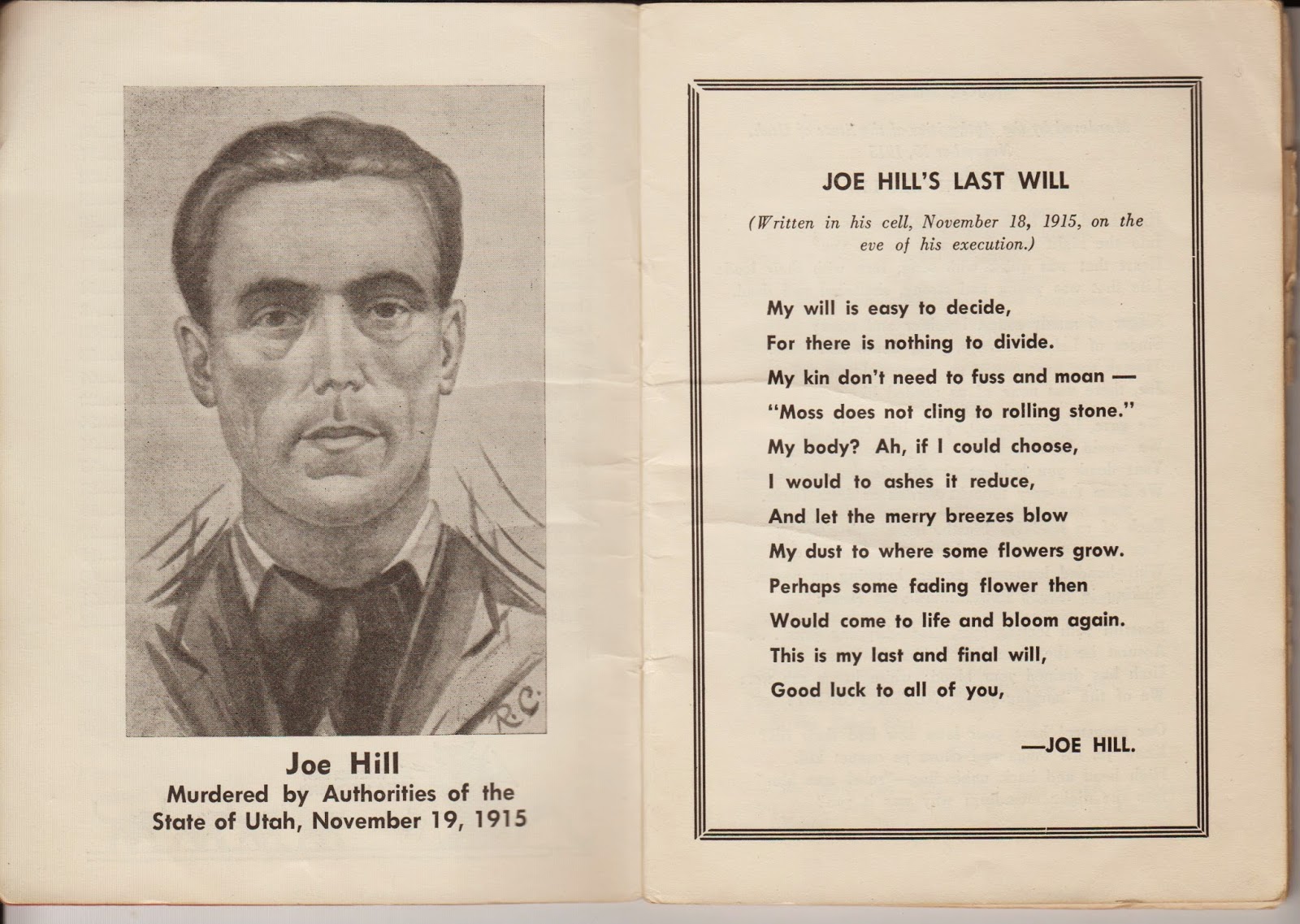 Instead of the conservative motto, 'A fair day's wage for a fair day's work' we must inscribe on our banner the revolutionary watchword, 'Abolition of the wage system'

- Preamble of the Industrial Workers of the World (IWW) 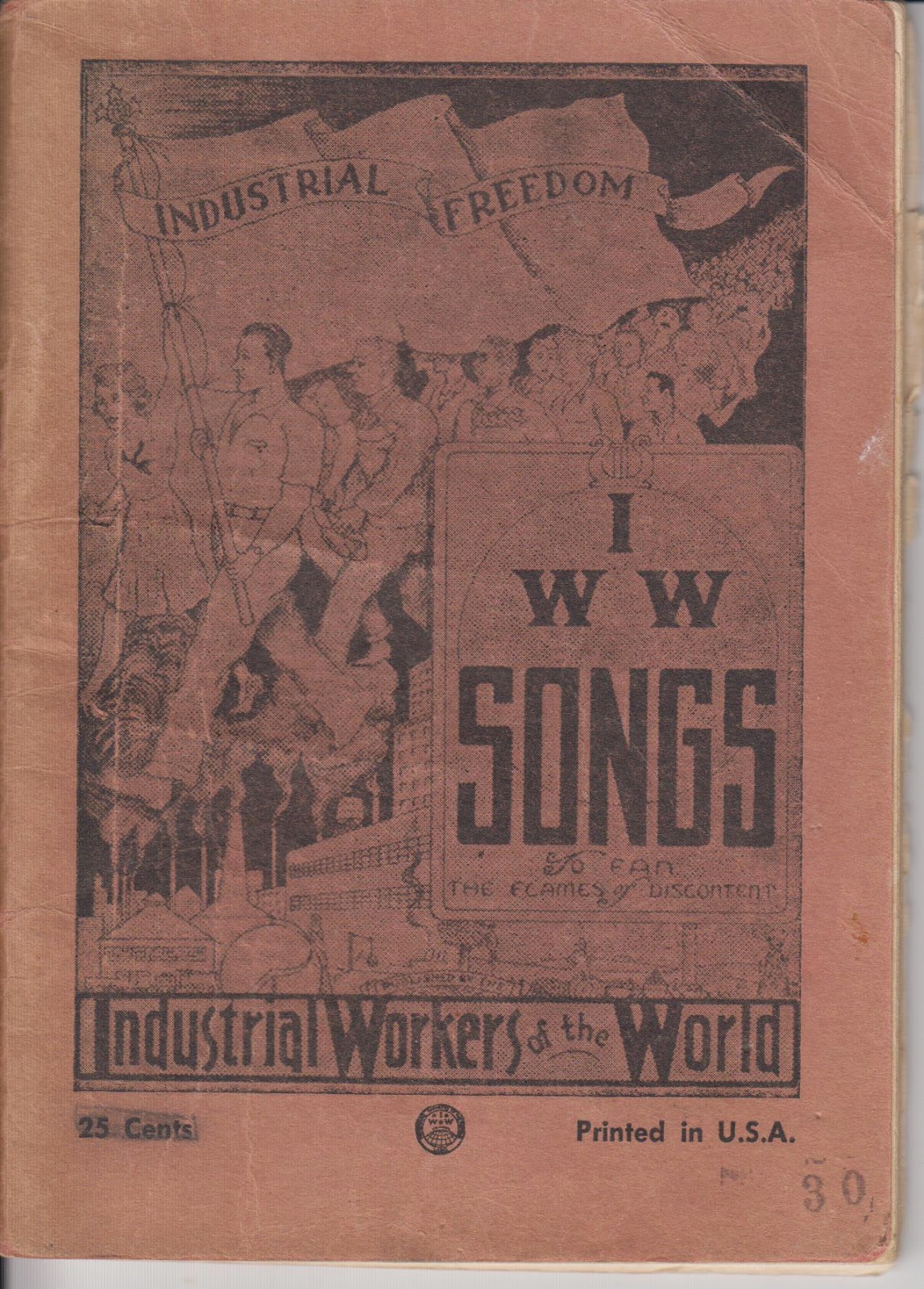 Published in Chicago, July, 1956 to commemorate the 50th anniversary of the IWW, Songs of the Workers was a 64 page booklet of songs and poems that reflected the IWW's goals of revolutionary industrial unionism and that paid moving tribute to martyrs of the American labour movement like Joe Hill, Wesley Everest and Frank Little.

It contained classics that are still sung today, like Solidarity Forever, The Red Flag and The International as well as numerous others less familiar today. 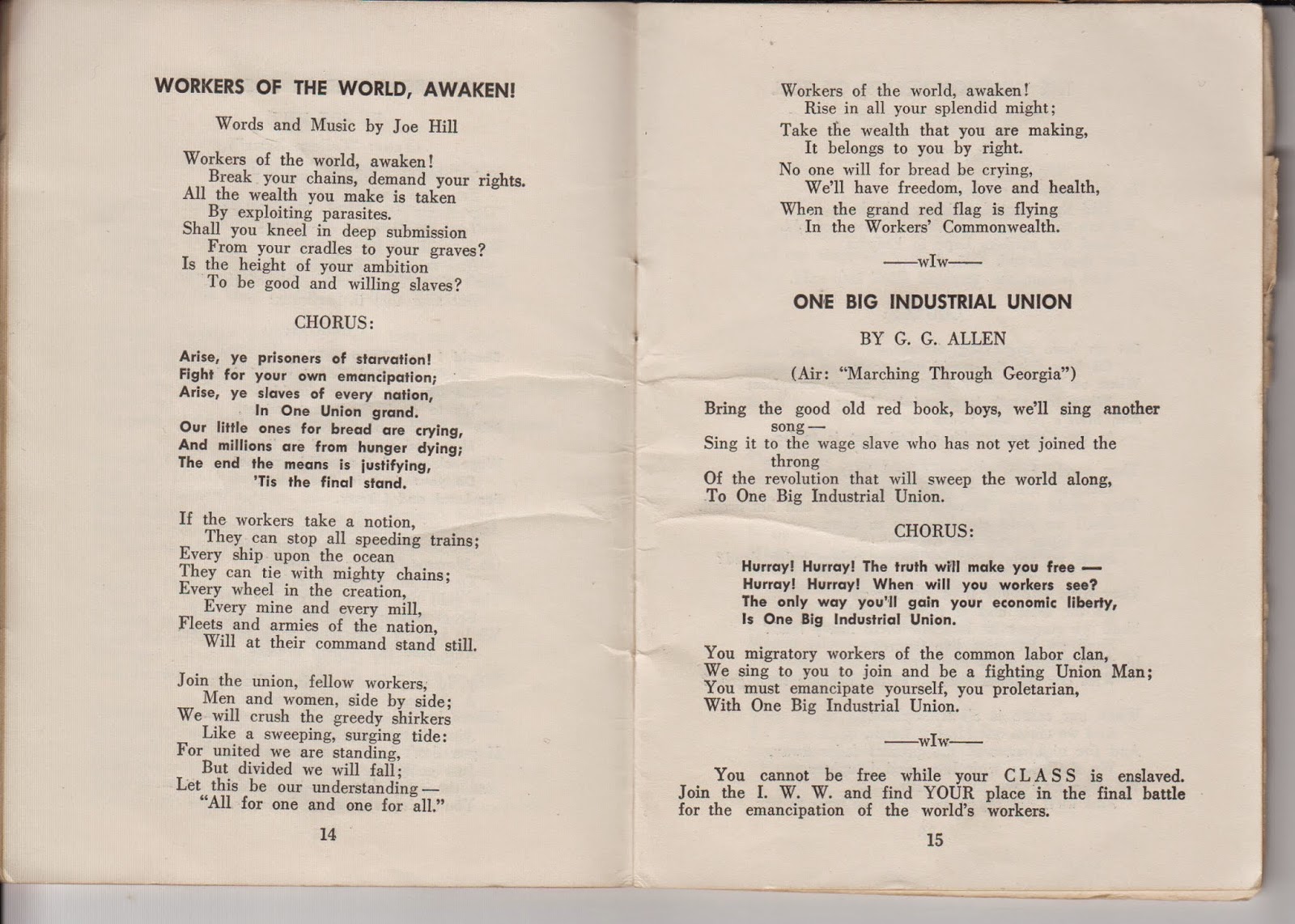 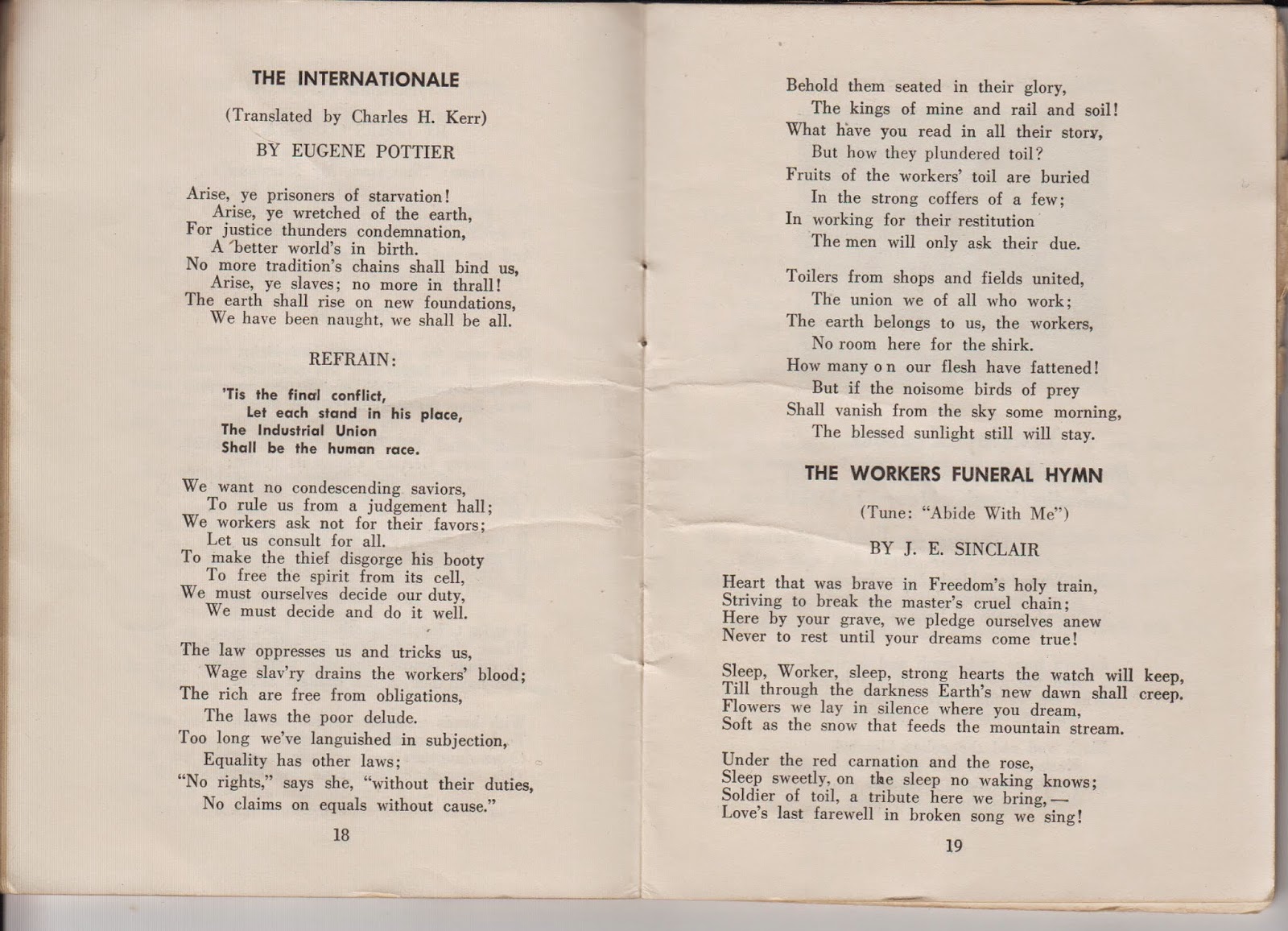 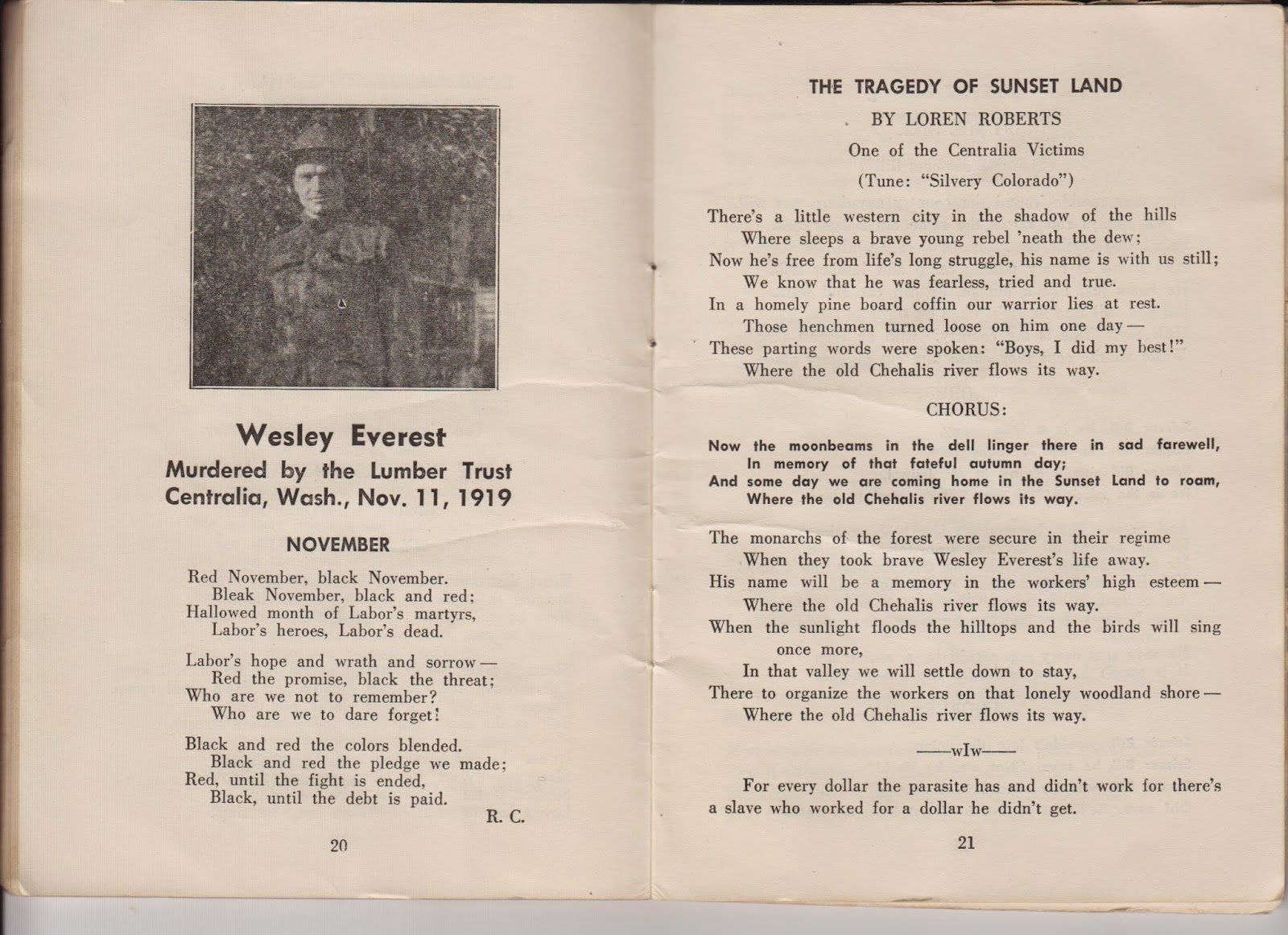 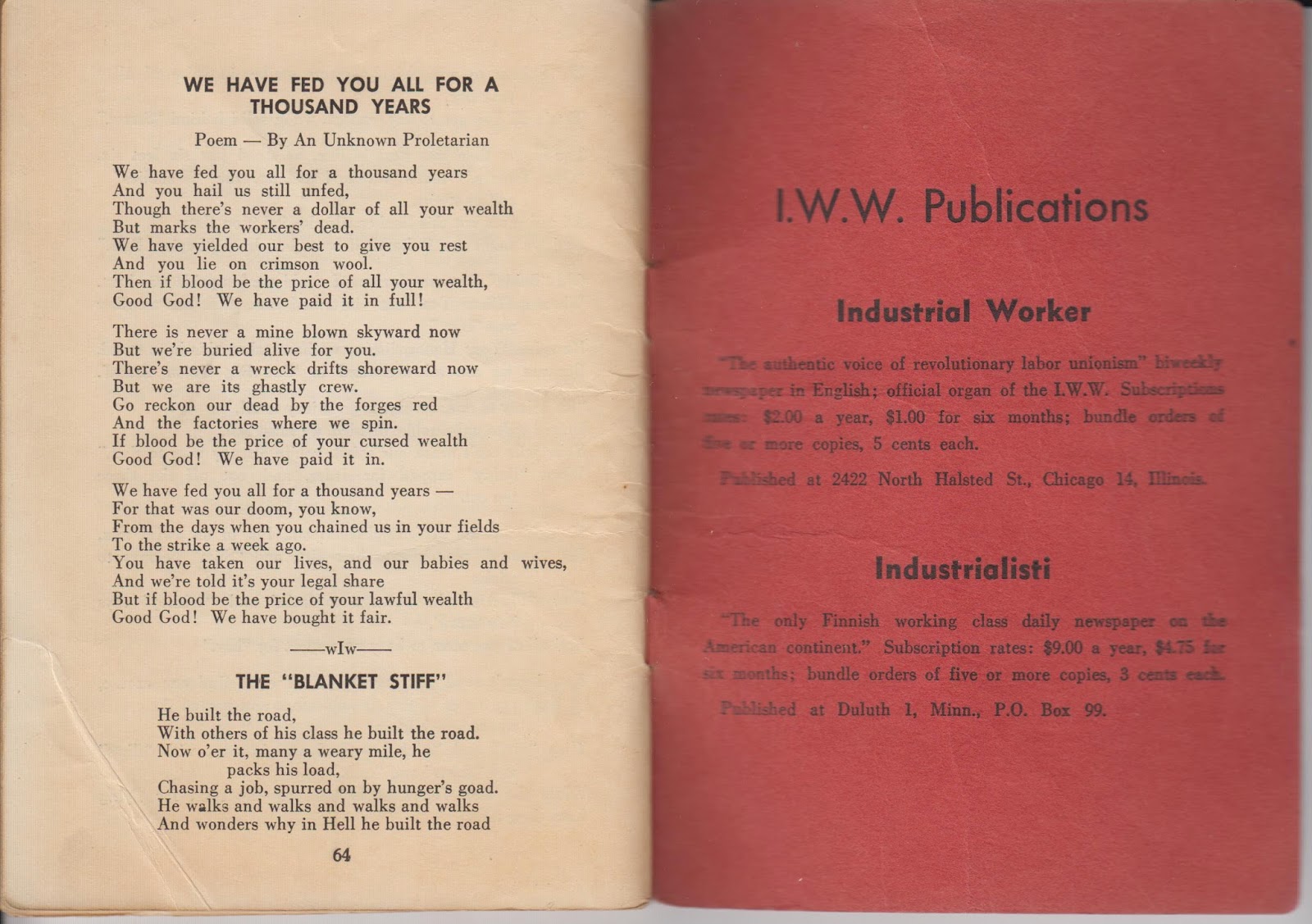 Posted by Michael Laxer at 8:40 AM