Mulcair and Bill C-51: Still the same old shit after all 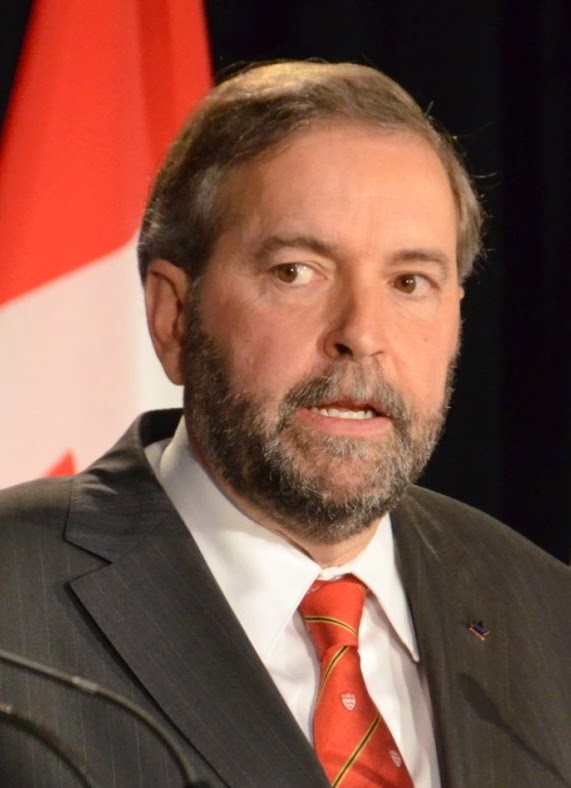 Just when we thought that Tom Mulcair and the NDP were taking a courageous and principled stand...they prove you may be wrong.
.
A few short days ago I praised Mulcair for, finally, stepping forward to apparently oppose Bill C-51, the terrible legislation the Tories wish to bring in that threatens our fundamental civil liberties.

But it turns out this "courageous" stance may be far less than it seems.

Cynics, perhaps correctly it appears, have said that Mulcair took the position only to create a "wedge" issue between himself and the Liberals and that he did so long after the Greens and others stood up immediately to oppose this obviously dangerous legislation.

Now Mulcair, in a TV interview with Global News (which you can watch in full below), goes out of his way to claim, fatuously and inanely, that he and his "caucus" (almost none of whom have anything to do with policy) had "experts" "study" the bill, which is basically an admission that they were waiting to see where the tea-leaves fell. He continues on to talk in terrible bourgeois platitudes.

Mulcair  expands that "there is a lot of money that's left on the table" to fight "terrorism", but then transparently backs down on what might be termed the end game.

Which is promising to overturn the bill if elected.

If, as his earlier rhetoric claimed, the bill represents a threat to our rights, why will he not promise to scrap the legislation if elected?

Like the Trudeau Liberals he now simply says he will "change it for sure". Turns out there is little difference here after all. The Tories are a majority government. The bill will pass. If the NDP is not promising to rescind the legislation there is, in actuality, basically no difference between his position and Trudeau's.

There is no "change" that will make the legislation better. This legislation is a basic threat to civil liberties.

Perhaps explaining this seeming duplicity is his description of the NDP in the interview as a "government in waiting". He is playing, hard, at the political game, seeming to promise an alternative while not actually following through on it.

This is not, after all, his finest hour.

It is time to rally around dedicated opponents of the Bill, like the Greens, civil libertarians, the Communist Party and others and to try to use the force of mass protest and power to change the discourse and to truly fight Bill C-51, a bill which must be defeated totally and without any equivocation, no matter the electoral cost to careerist social democrats.