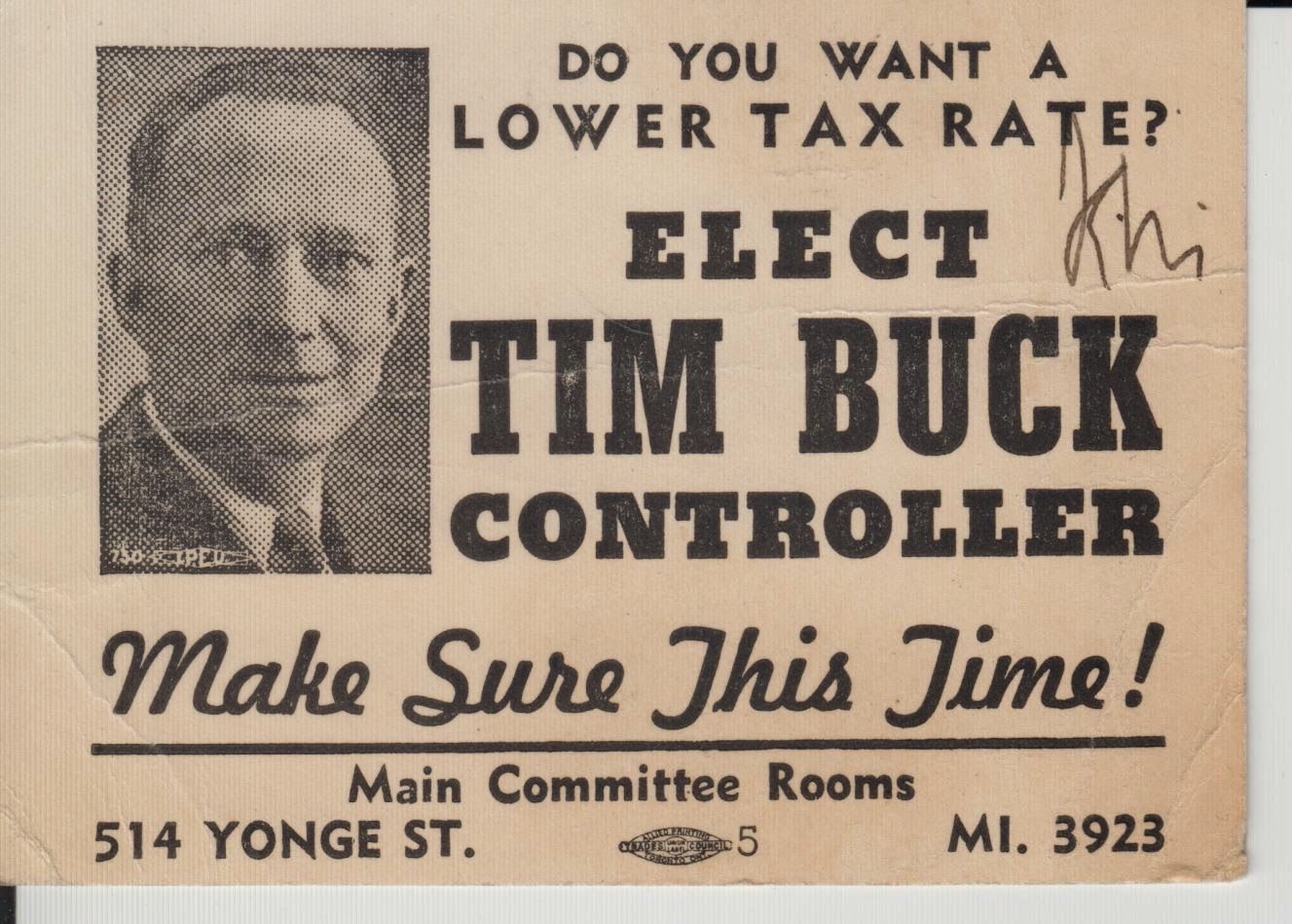 An election card from the 1930's when Communist Party leader Tim Buck was running for the office of City Council Controller in Toronto. These were city wide elections at the time that were held yearly. While Buck was never elected he did come close, especially in 1937 when he got over 44,000 votes.

While it may seem odd that Buck was campaigning on tax cuts, he was calling for the shifting of taxes away from workers and ordinary citizens and for lowering regressive taxes.

Posted by Michael Laxer at 9:09 AM