Don Cherry and the savage barbarism of colonialism and racism 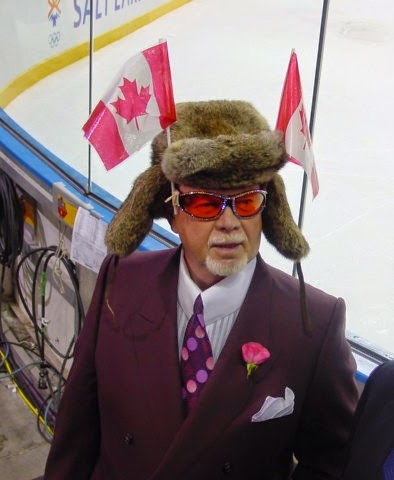 By now we have all, no doubt, heard about Canadian hockey "icon" Don Cherry's comments where he asked his co-host Ron MacLean  "What are you, a savage, a barbarian?" when MacLean said he had had a seal meat burger earlier in the day.

Listened to in context it is clear these comments were not off-the-cuff, as Cherry says he was aware of what MacLean had eaten prior to going on air.

Regardless of how one feels about the seal hunt, calling a food that is closely associated with the Inuit people "savage" and "barbaric" is profoundly wrong and racist.  Cherry has since gone on twitter to make it clear he does not, in fact, oppose hunting, killing animals or meat eating generally, or even, supposedly the seal hunt! So why the comments?


Why did he express his (apparently not strongly held) opinion of the seal hunt and seal meat this way?

He used these words and this language and, especially given Canada's history, that matters. It should not really be necessary to say this but both calling or in anyway inferring that Native, Indigenous or Inuit peoples are savages or barbarians epitomizes colonialist racist attitudes and has a long, terrible and genocidal history in Canada and North America.

For example in Nice Day for a Genocide: Shocking Quotes on Indians By U.S. Leaders we find from Thomas Jefferson:

This unfortunate race, whom we had been taking so much pains to save and to civilize, have by their unexpected desertion and ferocious barbarities justified extermination and now await our decision on their fate.

And from Benjamin Franklin:

If it be the design of Providence to extirpate these Savages in order to make room for cultivators of the Earth, it seems not improbable that rum may be the appointed means.

Canada's history has been no better, needless to say, nor have the attitudes of its colonialist leaders past and present, nor many of its people.

The terrible, long and yes, actually savage and barbaric history of colonialism in Canada has been manifested in countless awful and violent ways from the horrors of the residential schools to genocidal government actions and its legacy continues.

As Phil Fontaine and Bernie Farber said in 2013:

We hold that until Canada as represented by its government engages in a national conversation about our historical treatment of the First Nations; until we come to grips with the fact that we used racism, bigotry and discrimination as a tool to not only assimilate First Nations into the Canadian polity, but engaged in a deliberate policy of genocide both cultural and physical; we will never heal.

The fact that Canada’s Aboriginal peoples have not been wiped out, and are indeed growing in numbers, is not proof that genocide never occurred, as some would have us believe. The historical and psychological reality of genocide among our Aboriginal communities is very much alive and a part of living memory. The sooner we recognize this truth, the sooner both Aboriginal and non-Aboriginal Canadians will be able to heal from our shared traumas.

This includes coming to grips with and ending the use of genocidal language, language that implies that, as words like "savage" and "barbarian" do, some are less human than others.

picture via wikimedia commons
Posted by Michael Laxer at 2:05 PM