The myth of the leftist, feminist, anti-racist, elitist 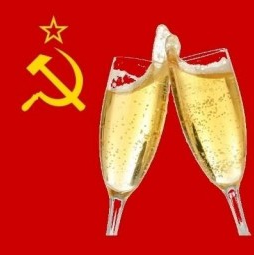 In an act of what has to be acknowledged as tremendous, though in some respects entirely typical, rich famous male hubris,  Joss Whedon, of comic book and Buffy the Vampire Slayer note, recently gave a talk in which he proclaimed that feminism is a term that he objects to and that he feels should be replaced because, in essence, he does not like it. He does not like it because it is supposedly at variance with his idea that equality already exists as a “natural condition” or for some pseudo-philosophical reasons that are never really clear other than that, frankly, they are rather silly, it must be noted,  coming from a man.

The sheer idiocy of a wealthy straight male (or any male of any kind) telling women how they should frame the language of their own liberation movement, however, did not prevent large numbers of liberal men (and, of course, some women) like CBC Toronto’s Metro Morning host Matt Galloway on air, from gushing over it, thrilled, apparently, to see yet another in a long line of alleged male “feminists” talking down to women about just what it is that they are doing “wrong” that men could tell them how to do better.

This would all be Buffy-style darkly humorous were it not for the fact that it is indicative of a far broader problem within both the left and society as a whole.

The problem being that, somehow, the notion has arisen that not only are the people living oppression, like women under Patriarchy, not allowed to frame their own discourse without condescension from those who are actually members of the oppressive group socially, historically and right now, but also that people in struggle for liberation against injustice and fighting systemic oppression are regularly labeled as “elitist” or as part of an “Ivory Tower” for doing so.

Often such resistance is called out as “purity” and as an example of “identity politics” that, apparently, indicates that one is an “intellectual” or “academic” who is out of touch with all of those supposed “salt-of-the-earth” leftists.

There are few better examples than the sad and extreme exuberance and exultation that greeted the BBC interview with Russell Brand that some heralded, rather farcically, as the start of a new social discourse or revolution; a notion so facile that it can only be a comment on the left’s desperation that it would actually be believed by anyone.

Russell Brand is at least as misogynist in his personal conduct as rape anthem “star” Robin Thicke, if not worse in every meaningful real world way, but apparently, for some, making a quasi revolutionary rant on the BBC (that the BBC then promptly shared everywhere, of course) absolves one of having to be held accountable for it.

This is an odd version of leftism.

When, entirely rightly, feminist activists and others pointed out that the notion that one should take inspiration from the ranting of a well established misogynist with a long history of ugly, exploitative and violent behaviour towards women, (by his own acknowledgment), is highly problematic, they were often met with the standard line that they were being “elitist”, “putting identity first” or that they were exhibiting what was an example of “posh” leftism, as if any such thing actually exists.

This came from many of the usual suspects of sexist “leftism”, the allegedly revolutionary exponents of the tired old “class first” line, for example, but it was inherently ridiculous given that they were defending the rather minor, in political terms, outburst of a rich, abusive and atrociously self-indulgent white male that was then widely and wildly promoted by the very media that he had supposedly “bested” and called out on his way to a gig as guest editor of the New Statesman! If it is “elitist” to identify, question and condemn behaviour and opinion like Brand’s towards women, behaviour that reflects centuries of oppressive and violent entitlement and social power, and if it is allegedly counter to the interests of the “left” to do so, then there really is no left.

This is hardly an isolated example. Regularly one hears from pundits and politicians, and certainly not only those on the right, that any number of people are now part of the “elite”. Variously unions, anti-poverty activists, anti-racist activists, people of colour, First Nations and aboriginal peoples, LGBT groups, women and feminists are all commonly described as “special interest” groups, despite the obviously reactionary background to this.

It turns actual elitism on its head.

This is going on, right now, with the entire Rob Ford fiasco (the misreading of which by the Left deserves to be the focus of an entirely separate article from this one). Even here we find not only the right but also many leftists framing the Ford phenomenon as a revolt against “elites”; a notion that is demonstrably false. Never mind that his abusive behaviour to women is constantly overshadowed and even ignored in the discourse.

There are very real elites. Industrial, financial and commercial capitalists are an elite. Hollywood stars, comedians, sports players, etc., are certainly an elite and an almost neo-feudal one in the way that they are fawned over by sycophantic “handlers” and servants. The capitalist managerial class and professional upper middle class, including large numbers of the so-called 99%, are an elite. There are others. Never mind whites and men, the beneficiaries of centuries, and sometimes millennia, of systemic privilege, acknowledged and unacknowledged, spoken or otherwise.

A generation ago, as a part of their assault on the gains of working people, women, people of colour, the LGBT community and others, the reactionary right created all of the terms like “Champagne Socialist” or “latte drinker” that are tossed about in an attempt to turn social relations around and make out leftists, feminists and community activists and liberation theories and movements as the new elites. They made it seem as if talking about the injustices and consequences of systemic oppression was an academic exercise or a function of “privilege”.

It is not. Misogyny, racism, homophobia and poverty are a violent and oppressive reality every single day. These institutions of oppression abuse, violate and kill women, people living in poverty, aboriginal and First Nations peoples and members of the LGBT community daily. They cause tremendous and demonstrable inequality and suffering in the lives of real people. They are not an abstraction, and, unlike Mayor Ford in Toronto, for example, people living under the weight of these oppressions are often not given first chances, let alone second ones.

It is bad enough that these views and terms are to be found within society and the forces of reaction. It is even worse that we use these arguments and terms ourselves in our debates and disagreements within the left. Instead of exposing and combatting institutionalized oppression within our own leftist movements, when using this language or logic of reaction activists who do allow them to continue without being confronted  and minimize their fundamental importance to the struggle for human liberation. Far from “distracting” from the struggle, you cannot have a radical socialist agenda of any meaning without taking a radical stance against all of these oppressions.

In reality there is no such thing as a leftist or anti-oppression “elitism”. It is a right wing myth.
Posted by Michael Laxer at 8:01 PM